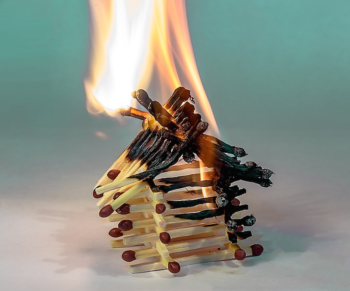 After 30 days of showing my House in 2017, I only had one offer, which was unusual for the San Francisco housing market back then. But I had expected this type of outcome because five years earlier in 2012, I tried to sell my house for 40% less and got zero offers.

Cat Coronavirus Diary – Day 19
Innovative Dining Table Ideas to Make…
Older adults (60plus) lockdown home w…
Empire of Language- Prelude-Metaphors…
Everybody wants me, so when do I self…

My house was on a busy street next to the busiest street in the city. The main buyer of single family home is a family. And few families felt comfortable living close to so much traffic and road noise – bad feng shui. As a result, the only tenants I was able to secure during the almost three year period as a rental were 4-5 dudes.

The person who ended up buying my house for $2,740,000 was a 40-year-old venture capitalist. He had a young son and a girlfriend, the boy’s mother. Although being a venture capitalist sounds impressive, don’t be fooled. There are many different tiers of VCs, and he was more mid-tier given he was working for a telecom communication company and not a pure play.

I’m not exactly sure what his income was, but there was a long delay with his financing because he revealed to us he was leaving his job to start his own company. The bank didn’t like the uncertainty of his future income, and I had my doubts his bank would come through.

But after going two weeks past his financing contingency, his bank did come through and lent him a whopping $2 million as his primary loan plus another $400,000 secondary loan. In other words, he was only putting down about 10%. His original max budget was $2,500,000, but I was able to get him up.

If I was his financial advisor, I would certainly not recommend he leverage up so much to buy my house, especially during a job transition. He already had a three bedroom, two bathroom condo in a great location, which he paid $1.5 million for two years earlier. I’d tell him to be happy with what he had.

But what’s done is done. They’re going to be fine, especially if he was able to sell his condo.

With rising interest rates, rising inventory, and a sluggish stock market, let me share some strategies that may help you offload your house in a softening real estate market.

If a buyer is spending more than 3X their annual gross income after putting down 20%, they probably shouldn’t be buying a Property at this stage in the real estate cycle. A buyer either needs to strongly believe their income will continue to rapidly increase or have a lot more than a 20% down payment in other assets if their income is less than 1/3rd the property price.

With that said, homebuyers sometimes have a great way of justifying their decisions no matter their financial situation. As a seller, you owe it to yourself and to your family to get the best deal possible. Let us now discuss how.

1) You must create FOMO through a bidding war. Although I only had one offer, we made it seem like we had other highly interested parties. It was the truth, just not at the $2,500,000 asking price we floated around the top agent network. We created FOMO by declining a couple private showing requests by telling my buyer we were already showing the place to other interested buyers. We also set expectations that I wasn’t a motivated seller because I know people tend to want more what they can’t have. Once we got into contract, we continued to let them know we would be showing the place until their contingencies were lifted.

All it takes is one other interested party to create a bidding war. When we mentioned I’d entertain offers over $2,500,000, they came in at $2,600,000, a very respectable amount. I countered at $2,800,000, my reach price because I really didn’t want to sell. During their time to respond to their counter, we continued to inform them of a couple other seriously interested families who were dying to buy a single family home in the Marina for under $3 million. In the end, they agreed to go up by another $140,000. 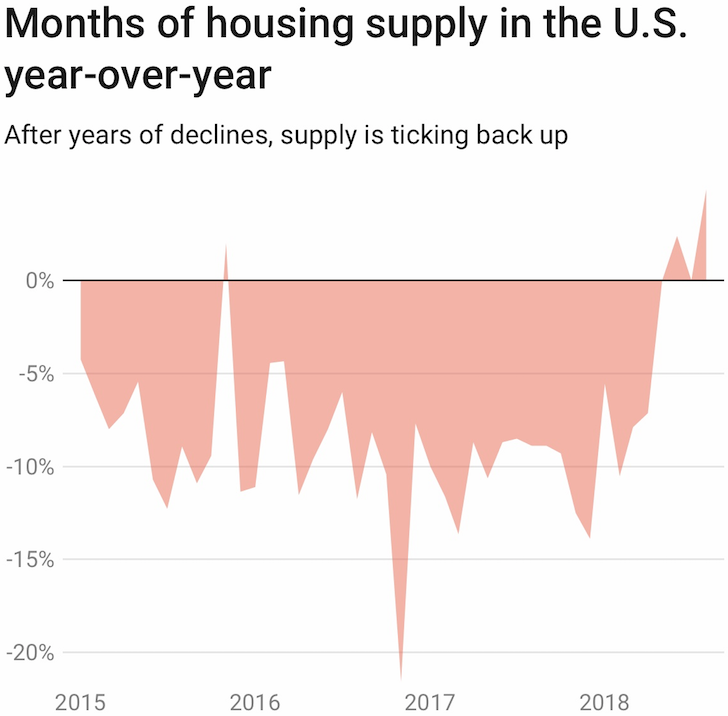 2) Provide a detailed spreadsheet and pictures of all the work done. It’s one thing to say what you did over the years to improve your property. It’s another thing to have a nice spreadsheet that lists all the work done with date, description, cost, and vendor. You crystallize your effort and time spent improving your house. Your records also show how much you care. From a buyer’s perspective, the more you can demonstrate how much you care, the more confidence they will have in buying your house.

Think about when you’re buying a secondhand car and the seller gives you a binder with every single maintenance record since ownership. You are going to trust the buyer way more than if he provides you with zero receipts. It’s the exact some thing with a house.

What’s even more impressive to buyers are before and after pictures of any remodeling work done. It’s very difficult for buyers to imagine what your property looked like before. If you can create a portfolio of your work, like if you were bidding on a job as a general contractor, your buyer will really appreciate the information.

3) Describe the lifestyle. Your house brochure or online listing will describe the amenities e.g. lush garden, nine foot ceilings, etc. But you should take it a step further and describe what it’s like to live in your house. An easy way to do so is to create a “Why You’ll Love This House” section. Here are some examples:

The more lovely things you can describe for your buyers, the more they will want your house. They’ll obviously have their own ideas, but you’ll surely wet their appetite.

4) Focus on happiness, not money. Buying a house is an extremely emotional process. Numbers often go out the window once a buyer is emotionally attached. Your goal is to convince the buyer about all the happiness they will experience once they purchase, and not all the headaches of maintaining a property.

Although I wouldn’t have advised my buyer to spend so much money on my house, I felt they would truly enjoy the house as a family. As a result, I talked about how we planned to raise a family in the house as well, but our son didn’t come until we had moved. I told them how lucky they were to find our house because we did everything we could to make the house family friend.

I told them how happy we were to live in the house for almost 10 years. If we weren’t happy, we would have sold long ago. Like workplace longevity, the longer you are at one place, the generally easier it is to find a new job because employers like commitment.

Since family is so much more important than money, you’ll always be able to build greater desire by focusing on non-monetary related things and experiences the house may bring. 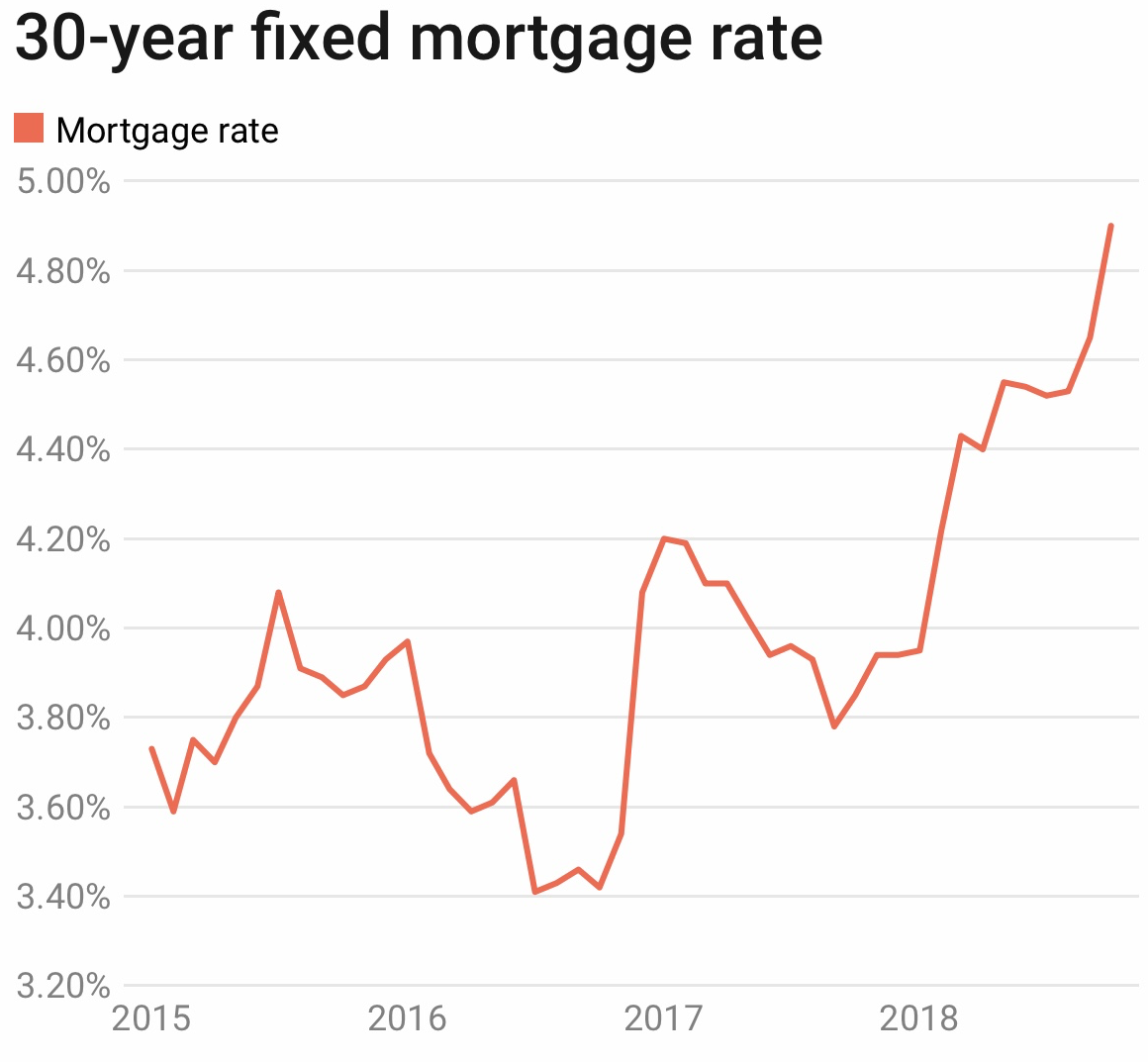 5) Highlight the upcoming economic wins. Whether we’re in a bull market or a bear market, there’s always something positive you can highlight on the horizon. Highlighting economic wins is the cherry on top of the emotional cake if you will, because it allows buyers to come back to their senses with fundamentals.

In our case, I discussed how the IPOs of Airbnb, Uber, and Lyft would flood the San Francisco Bay Area with thousands of new millionaires looking to buy homes. As a VC, I knew he was widely aware of these types of exits. I also discussed how as an international city, San Francisco was cheap in comparison to cities such as Hong Kong, Singapore, London and Paris.

I made such a convincing argument about why San Francisco was a wonderful place to own property that I almost convinced myself out of selling. But I eventually came to my senses when I reminded myself the importance of minimizing distraction in order to be a good first-time dad.

Be Responsible In Your Transaction

The good thing about a property transaction is that there are laws, documents, and steps in place to protect buyers and sellers from a misrepresented deal.

Disclosure packages must be thorough and read thoroughly. Inspections should be made. Financing contingencies should be put in place. Escrow and title companies should be used. Real estate agents should be consulted. And sometimes lawyers should be brought in.

Further, if you have a loan, the banks will do their own due diligence as well. They’re supposedly not going to lend money to an uncreditworthy buyer in a toppling market. But we all know what happened during the financial crisis.

Both sides are trying to get the best deal possible. As a seller, if you can present a compelling property in great condition at a competitive price, while also following my five steps above, I have confidence you’ll get a better deal than if you do not.

As a buyer, you must always crunch the numbers and plan for bad times. If you end up having buyer’s remorse after all the time and steps it took for you to buy the property, you really have nobody to blame but yourself.

It’s Time To Start Worrying About The Housing Market Again

What If You Buy Property At The Top Of The Market?

The post How To Convince Someone To Buy Your Property When They Really Shouldn’t appeared first on Financial Samurai.

The post How To Convince Someone To Buy Your Property When They Really Shouldn’t appeared first on Business and Finance Cloudly Protected.