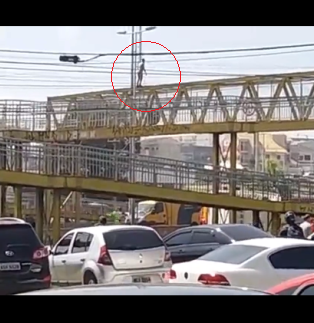 A Young Boy attempted to commit suicide by jumping off a Bridge on Tuesday morning.

17-year-old Lucas Oliver is currently in a critical condition after he climbed a 6-meters high bridge at Fazenda Rio Grande in Brazil and jumped down backwards. A video of the incident shows the boy walking along the bridge as authorities tried to talk him out of it but talks from passersby made him take the plunge. 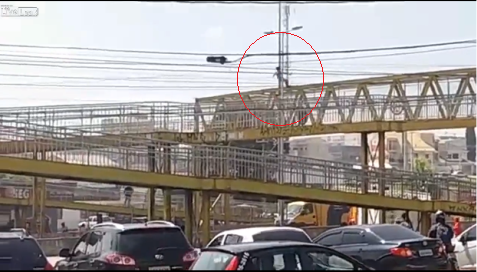 According to the Fire Brigade Sergeant, the situation was almost brought under control until people shouted, "pula pula does not have courage." At that moment the boy threw himself.

Watch the video below.