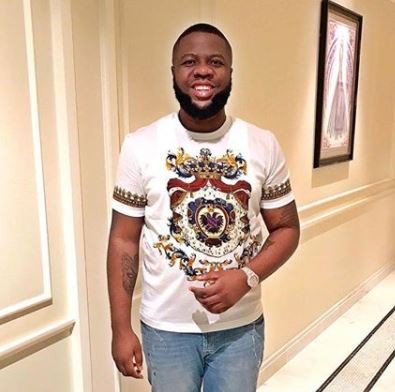 The real Hushpuppi has repeatedly said he's not on Twitter and Facebook, but that has not stopped fraudsters from using his name to scam people and another young man just fell victim.

According to his story, which is a little dumb, he sent a DM to a 'Hushpuppi' on twitter begging for his school fees, then he asked him to send the money he has saved so far to his manager and he'll double it in 10 folds, he did as instructed and got scammed.

Read his story below... 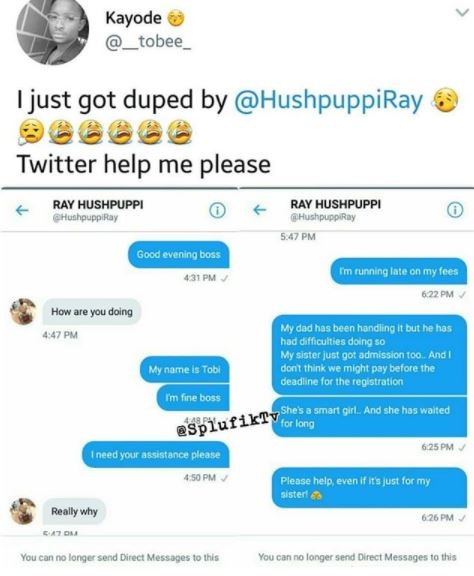 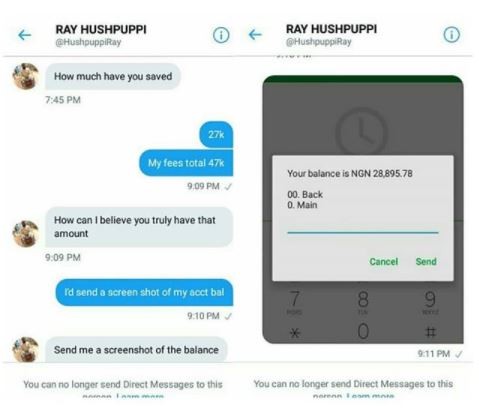 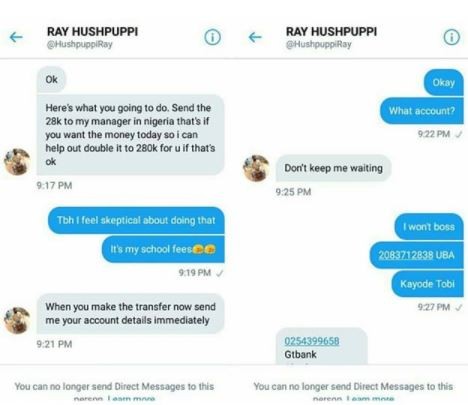 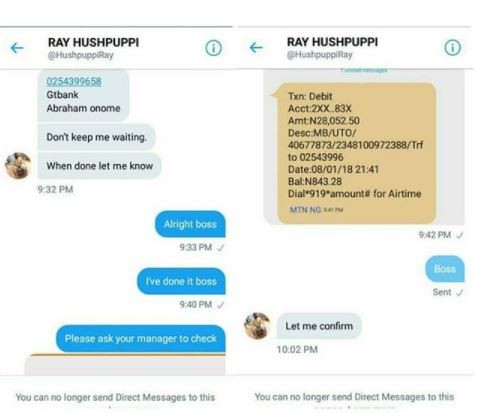