Founded in 1916, BMW is one of the oldest carmakers in the business. Here is a collection of few facts you never knew about BMW.

BMW’s first motorcar, the Dixi 3/15 PS, was introduced in 1929. The Dixi was based on the British Austin Seven and was built at the Eisenach, Germany plant, which BMW purchased from Austin a year prior. Dixi had a 747 cc four cylinder Engine which produced just 15 bhp.

Microalgae can be a potential feed fo…
Music Profile: Crissi Cochrane - Soul…
MICRO BUSINESSES
“The Friend Who May Not Seem a Friend… 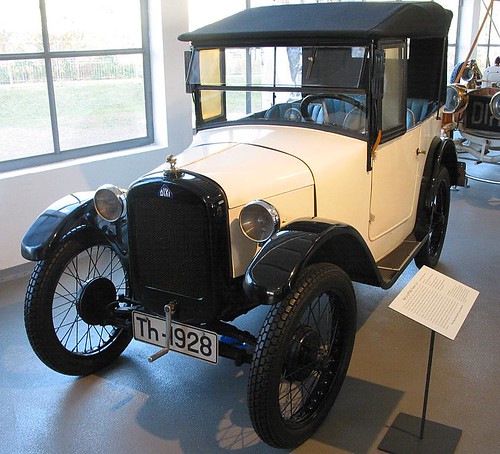 The iconic BMW Kidney Grille was first spotted on the BMW 303. It later became the signature of BMW. The 303 also featured a straight six-cylinder engine.

The blue and white colors of the BMW logo were inspired by the flag of the national state of Bavaria. And it does not symbolize a aircraft propeller as widely believed.

The BMW Headquarters in Munich resembles a four cylinder engine. It was designed by Karl Schwanzer an Austrian architecture professor.

It could achieve a speed of 278 km/hr. It had a supercharged engine. This awesome machine was aerodynamically slick, supercharged, and in 1937 it was capable of hitting 173.7 mph.

If you’re planning on racing your classic BMW 328, you can still buy a brand-new transmission for it via the Bmw Classic Program. That program is so thorough that a group of mechanics once built a factory-new 1976 R90S motorcycle by ordering all the parts online.

7.BMW Made Electric Cars Long Before What You Would Think.

BMW has been making electric cars for over 40 years now. BMW’s first electric car called the 1602 debuted at the 1972 Munich Olympics. It had 43 hp engine and was capable of moving at a decent speed. The problem was with the battery. The battery could last only for 20 minutes.

After WW II, BMW fell into a deep crisis. In 1952 they had started to build an incredibly expensive car, the BMW 502, with a V8 engine (which nobody could afford at that time). In 1955 BMW launched a car for the poor masses, the BMW Isetta.

Almost all BMW cars share two design elements: The kidney grille and the shape of the rear side window.This is called “Hofmeister Knick” (Hofmeister bend) after early BMW designer boss Wilhelm Hofmeister, who introduced this design element in 1961.

This post first appeared on Zmilehub.com, please read the originial post: here
People also like
Microalgae can be a potential feed for aquaculture species
Music Profile: Crissi Cochrane - Soul Singer Songwriter - Ontario, Canada | SRL Networks London Music PR
MICRO BUSINESSES
“The Friend Who May Not Seem a Friend”: The Cat and the Fire, Part 1 of 3