The Spinster Who Saved a Scoundrel by Christi Caldwell Review

The Spinster Who Saved a Scoundrel
The Brethren #5
by Christi Caldwell
Release Day: February 11th, 2020
Self-Published
Source: ARC provided by the author 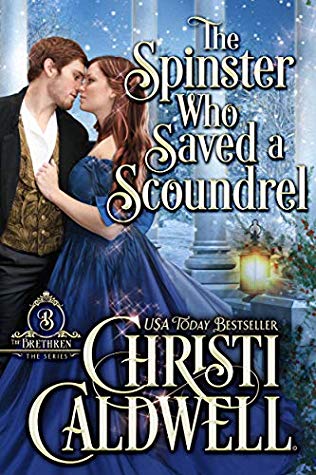 In the next Brethren installment, a clever spinster is matched with a traitor to the Crown.The death of her father leaves Miss Francesca Cornworthy .... alone, and with one last wish to fulfill—that she marry a safe, respectable gentleman. She sets herself on a course to honor that request. That is until she crosses paths with Mr. Lathan Holman—the very opposite type of gentleman her father wished her to wed. After one mistake earned him the title of traitor, Lathan Holman has no interest in reentering society. Then he meets a quick-witted, sharp-mouthed spinster. His dark past clouds his present and future. He’d been certain he’d never laugh or smile again…but it isn't long before, he finds himself doing both with Miss Francesca Cornworthy…and wanting more.

*ARC provided by the author in exchange for an honest and unbiased review*
Latham Holman made a mistake and now he has been labeled a traitor, cast out of his family, except by his brother, he hides himself away in the country, with no servants, money or people around him, basically, in exile, that is until a young woman bursts into his home, brandishing a gun!
Francesca Cornworthy is all alone in this world, we except for her overbearing godmother, but labeled a spinster many years ago, Francesca father has passed 6 months ago and now with a letter in hand, she is forced to attend her godmothers winter ball, though fate steps in at this point and she finds herself in the company of Latham.
Christi Caldwell is back with another amazing story that warms your heart, brings tears to your eyes to remind you quite bluntly (as it should) that everyone deserves love in their lives and one poor choice should not make you feel unworthy or should it label you for life! Francesca and Latham's characters are simply perfect, and you cannot help but love them.
I give The Spinster Who Saved a Scoundrel 5 stars 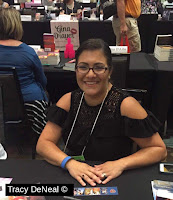 USA Today Bestselling author, Christi Caldwell blames Judith McNaught's "Whitney, My Love," for luring her into the world of historical romance. While sitting in her graduate school apartment at the University of Connecticut, Christi decided to set aside her notes and try her hand at writing romance. She believes the most perfect heroes and heroines have imperfections and she rather enjoys tormenting them before crafting a well-deserved happily ever after!
Christi makes her home in Southern Connecticut where she spends her time writing, chasing around her feisty six-year-old son and caring for her twin princesses in training!

So what if I am single at 34? — A Kenya Female Deputy Governor fires back at critics

Gift Guide: Speak with Loved Ones on the Other Side

The Spinster Who Saved a Scoundrel by Christi Caldwell Review