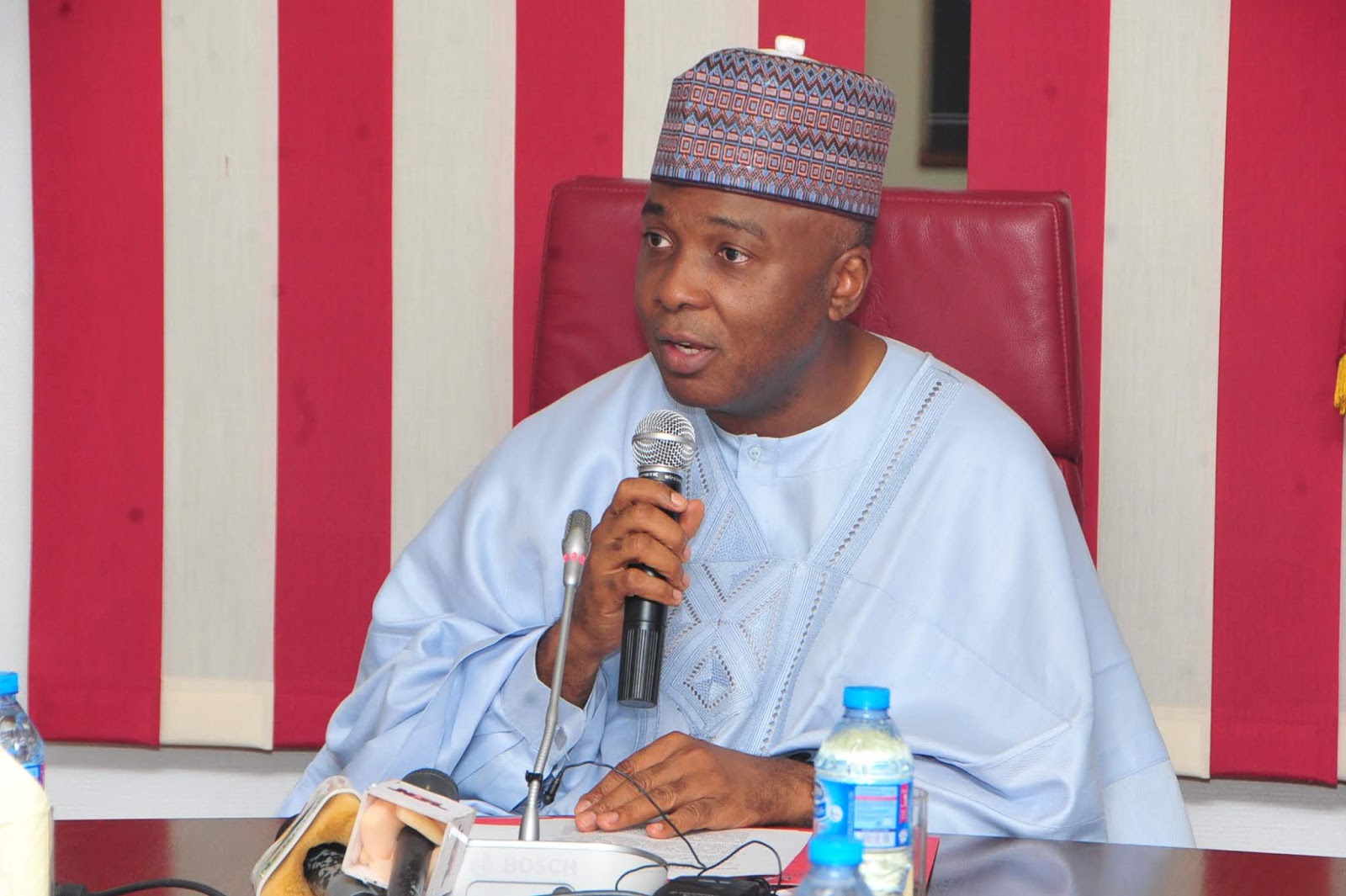 The Police on Monday soft-pedaled on its invitation to the Senate President, Bukola Saraki, over his alleged link with the bank robbery in Offa, Kwara State.

Saraki said on his Twitter handle – @bukolasaraki.9m – the police had asked him to send a written response on the matter within 48 hours.


At least 33 people were killed in the robbery attack.

The police had on Sunday directed the Senate president to report at the office of the Force Intelligence Response Team in Guzape, Abuja, to clear his name on the alleged complicity in the robbery incident.

Saraki tweeted: “Following my earlier tweet, I have received the letter from @PoliceNG.

“They are no longer asking me to appear at the station, but to respond in writing to the allegation within 48 hours which I plan to do.”