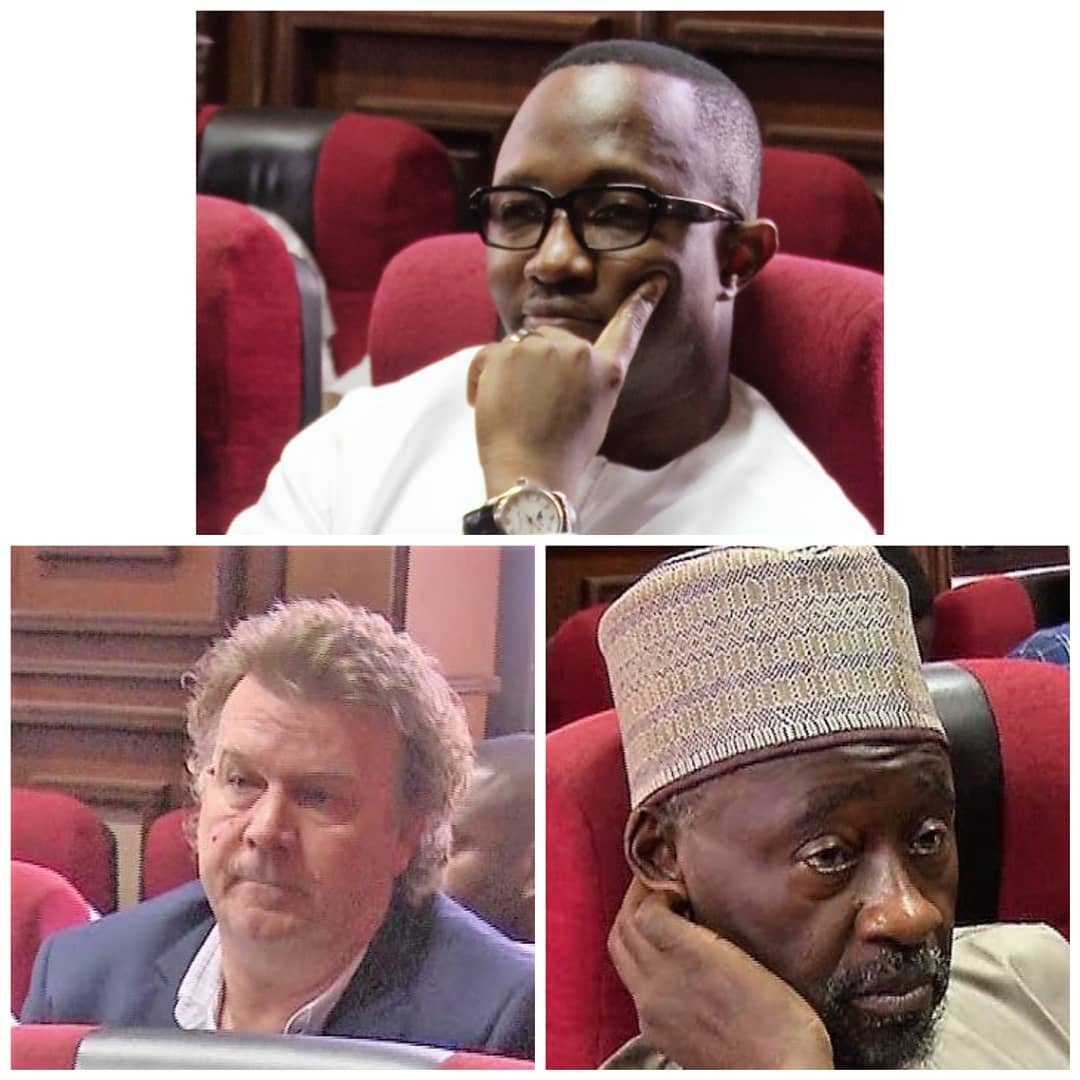 The Economic and Financial Crimes Commission, #EFCC, on Monday, June 4, 2018 re-arraigned the quartet of Colonel Nicholas Ashinze, a former special assistant to the embattled former National Security Adviser, Col. Sambo Dasuki (retd); an Austrian, Wolfgang Reinl; Edidiong Idiong and Sagir D. Mohammed before Justice BAbatunde Quardri of the Federal High Court, sitting in Maitama, Abuja, on a 13-count charge of corruption and money laundering to the tune of N3.6billion.

Ashinze and his co-accused were arraigned alongside five companies accused of allegedly diverting huge sums from the office of the former NSA.

The defendants were initially arraigned before Justice Gabriel Kolawole of the Federal High Court, Abuja, on November 23, 2016 before the matter was transferred to Quadri’s court following the withdrawal of the former from the case on March 14.

Count three of the charge reads:
“That you, Col. Nicholas Ashinze, being a serving officer of the Nigerian Army and a former Special Assistant (SA) to the immediate past National security Adviser, Wolfgang Reinl, being an Austrian national and managing director of Geonel Integrated Services Limited and Geonel Integrated Services Limited on or about 22nd April, 2014 at Abuja, in the Judicial Division of the Federal High Court did transfer the sum of Five Hundred and Fifty Million Naira (N550,000,000.00) to Edidiong Idiong, being a lawyer practicing in the name of Law Partners & Associates, knowing that the said sum forms part of the proceeds of an unlawful act to wit : ‘corruption’ and thereby committed an offense contrary to Section 15 (2) (b) of the Money Laundering (Prohibition) Act 2011 (as amended) and punishable under Section 15 (3) and (4) of the same Money Laundering (Prohibition), Act 2011 (as amended).”

The defendants pleaded not guilty to all the counts preferred against them.