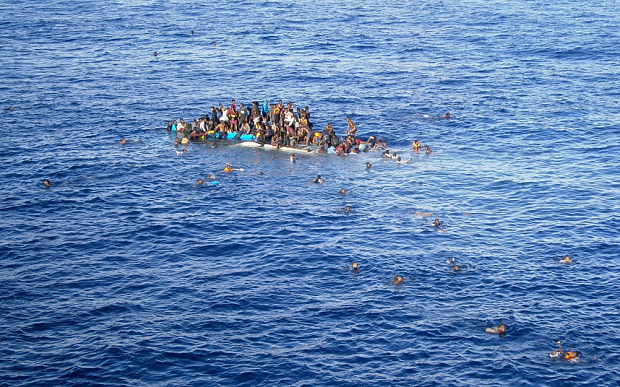 A rescue crew found five of the men dead in the boat drifting off Bastian beach on Lanzarote island, about 130 km (80 miles) from the Moroccan coastline, while two other men died trying to swim for the coast.

Medical services were treating for various stages of hypothermia 20 more that managed to swim to shore and had transferred several to hospital.

Authorities received an emergency call at about midday alerting them to the drifting boat and found the five dead bodies inside.

A police spokesman said they did not yet know the cause of death for the five in the boat, but they likely drowned or died from hypothermia. Medical services were unable to resuscitate the two men that drowned swimming for shore.

The number of migrants arriving in Spain by sea from north Africa doubled in 2017 from the year before, as thousands try to flee from conflicts in Africa and the Middle East.