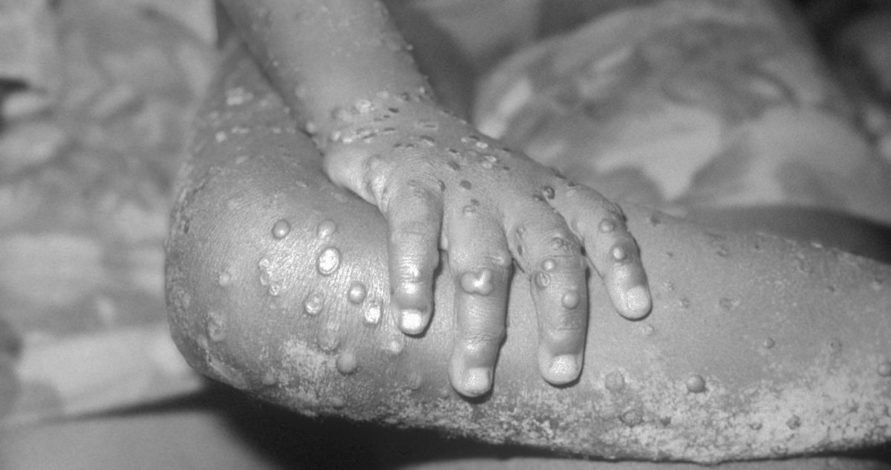 Pandemonium ensued in many private and public schools in Edo and Bayelsa states yesterday following rumours that government had deployed army personnel to inject students with monkey pox virus.

Parents stormed the schools to forcibly take their children and wards home.

The parents claimed they heard that army personnel were injecting students with the virus.

The army denied any such vaccination.

The National Primary Health Care Development Agency (NPHCDA), in a separate statement, denied the existence of any harmful vaccination in the country.

It assured “all parents, guardians and care-givers of globally confirmed safety, potency and effectiveness of all antigens in the National Immunization Schedule against vaccines preventable diseases in the country and the vaccination is free in all public health institutions.”

Monkey pox had been reported in some states including Bayelsa, Rivers, Akwa Ibom, Lagos and Ogun, although the situation has since been brought under control.

The Nation gathered that efforts by the authorities of some of the schools to persuade the parents and guardians against taking away their children/wards home fell on deaf ears.

The authorities of Olua and Emokpae primary schools simply locked the gates to prevent parents from getting in until the close of academic work for the day.

A parent who identified herself simply as Mrs. Chiazor said: “I came to school because I heard that the killer vaccine was already at the Oredo Local Government Secretariat for onward transmission to schools.”

Asked where she got the information from, Mrs. Chiazor replied: “It was on the radio. Children also died in Anambra after they were vaccinated.”

Edo State police spokesman, DSP Moses Nkombe, who confirmed the rush by parents to take away their children, said there was no vaccination in schools in the state.

Nkombe warned parents to stop acting on fake information from the social media.

Special Adviser to Governor Godwin Obaseki on Communication and Strategy, Crusoe Osagie, said there was no reported case of Monkey pox infection in the state.

Crusoe said steps had been taken to tackle the disease if there was any occurrence.

He said there was no vaccination exercise currently going on in the state.

The panic in Bayelsa State was sparked by a rumour that the Army was conducting an immunization exercise as part of its ongoing Operation Crocodile Smile II in the Niger Delta.

Some residents of Yenagoa, the state capital, claimed that they had information that some people in army uniform were injecting students with poison under the guise of vaccination for Monkey Pox pandemic.

Some teachers hurriedly shut down their schools and sent the children home.

Some schools were closed as early as 10am with children scampering home before the ‘arrival’ of the supposed immunization officials.

In some schools, parents reportedly scaled the fence to take their children home.

A resident, Mr. Morris, said his daughter was hurriedly brought back to him by her teacher, wondering why the army would commence a medical exercise without adequate sensitisation.

Another resident, Amasoya Jacob, claimed there was pandemonium in his Onopa community in Yenagoa as some unidentified men in military uniform stormed schools in the area to inject children with an unknown vaccine.

The parents, who reportedly met the gate of the school locked, waited outside and called on the school management to release their children.

Seven people – five males and two females- were almost lynched at Zarama in Yenagoa, by a mob that accosted them following suspicion that they were immunization workers.

The seven turned out to be sales promoters for a beer brand on a promotion visit to the area.

They were beaten, stripped and dragged before the community leader.

They were only saved by the police who were tipped off.

It was gathered that the police took them to their station in the area for further interrogation.

The state government immediately issued a statement suspending all forms of medical outreach programmes in public and private schools across the state following the vaccination scare.

Information and Orientation Commisioner, Daniel Iworiso-Markson, and his health counterpart, Prof. Ebitimitula Etebu, said at a joint press conference that government would monitor the situation and ensure strict compliance.

Iworiso-Markson asked school authorities to verify the identity of anyone coming to their schools for any reason whatsoever.

He described as deliberate the misinformation the development which had led to the panic and withdrawal of students by parents from schools.

Etebu said: “I want to say that there is no vaccination against ‘MonkeyPox’. So proprietors of schools should not allow any stranger to come and administer such on their pupils. Anyone dressed in Army uniform, clinical or lab cloth injecting children should be reported.”

“The rumour is unhealthy and we condemn it. As a government we are on top of the case and we will get to the root of where this falsehood emanated from.”

The spokesman of the 16th Brigade of the Army, Yenagoa, Capt. Danjuma Jonah Danjuma, said separately that the military was not conducting any vaccination exercise in the state.

Danjuma said the military community relations activities like medical outreaches scheduled as part of the Operation Crocodile Smile II had not started.

“When the time comes, the targeted recipients will be well informed. Members of the public should always verify information before acting,” he said.

The Federal Government, through the National Primary Health Care Development Agency (NPHCDA), said that there was no harmful vaccination in the country.

The agency in a statement signed by Mr. Saadu Salahu, Head, PR Unit, said: “The attention of the Federal Government has just been drawn to rumours circulating in parts of the South East concerning vaccination perceived to be harmful to children.

“The Federal Government wishes to state clearly that there is no such vaccination in any part of the country that is harmful to any child in Nigeria.

“Most importantly, the Federal Government wishes to re-assure all parents, guardians and care-givers of globally confirmed safety, potency and effectiveness of all antigens in the National Immunization Schedule against vaccines preventable diseases in the country and the vaccination is free in all public health institutions.

“It must be re-emphasised that the Federal Government`s annual budgetary allocation, release and cash-backing of huge resources for the provision of safe and potent vaccines is a practical manifestation of its commitment to the safety, growth and survival of Nigerian child.”