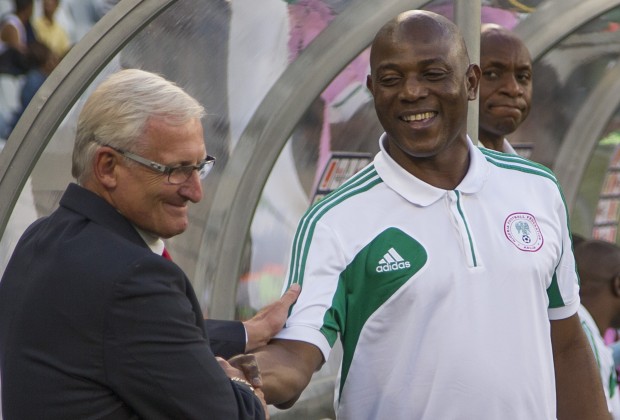 It is with great sadness that Soccer Laduma has learnt about the sudden death of former Nigerian national team head coach Stephen Keshi, aged 54.
Keshi passed away in his native Nigeria after he reportedly suffered a Cardiac Arrest, ahead of his scheduled return to the United States of America.

Urban, Suburban, or Rural Practice: P…
How to Get Started with Sports Bettin…
Lemon Blueberry Zucchini Bread
Florence in One Day: How to Plan the …
World’s Largest Airplane in Line to L…
The ‘Big Boss', as Keshi was affectionately known in football circles, was strongly linked with a move to South Africa in recent weeks after he had joined up with prominent local Football Agent, Tim Sukazi.
Reports emanated out of Nigeria last week that Keshi could be taking over the reins at Orlando Pirates. However, the Siya Crew spoke to him subsequently, and he denied any knowledge of the link.
Speaking to Keshi last week, he told the Siya crew that he wanted to coach in the PSL. He enjoyed a successful career as a professional player, playing for Nigeria for over a decade and at club level for almost 20 years. The defender played in Nigeria, Africa and America before taking on a coaching role, where he mentored Togo, Mali and the Super Eagles.
Nigerian football agent Mohammed Lawal confirmed Keshi's passing to the crew.
"Eish it's very sad. He wasn't sick and there was nothing wrong with him. He just died suddenly in Nigeria. I got a call this morning and I was told about it, you know I have been very close to him," said Lawal.
Soccer Laduma send out our heartfelt condolences to the Keshi family and friends of the Nigerian Legend.


This post first appeared on The Edge Search, please read the originial post: here
People also like
Urban, Suburban, or Rural Practice: Pros and Cons
How to Get Started with Sports Betting
Lemon Blueberry Zucchini Bread
Florence in One Day: How to Plan the Perfect Itinerary
World’s Largest Airplane in Line to Launch Space Vehicles
Short Happiness Quotes From Famous and Unknown People
13 Tips for Building an Outbound Call Strategy