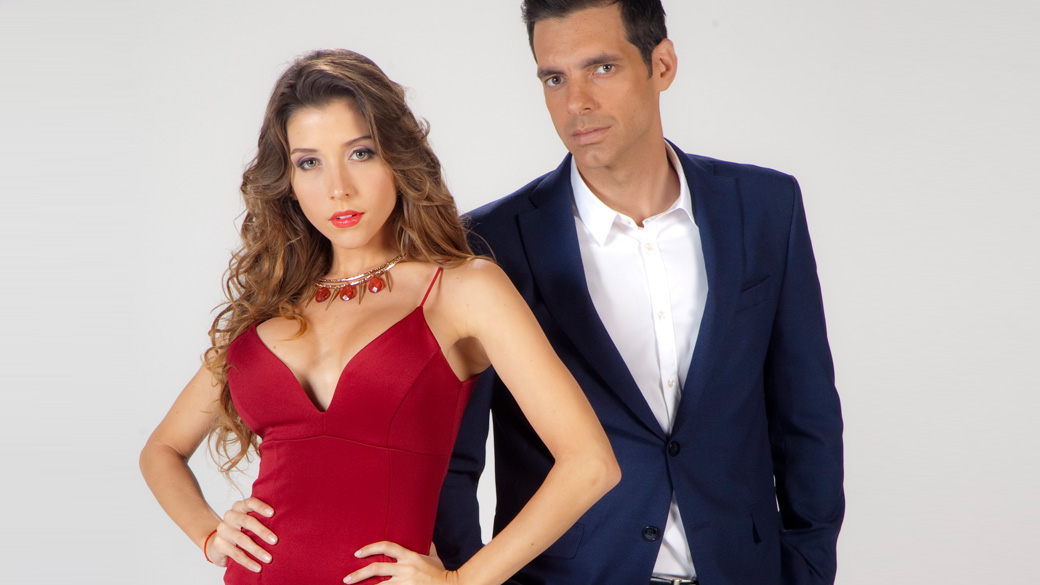 Coming up on Betrayed Heart this November 2017:

Gertrudis has the weapon and instinctively goes towards the door, as she is engrossed by the idea of ending her husband's life. Elsewhere, Alberto doesn't understand Lorena's rejection, but she feels suffocated.

Lorena says goodbye to Marco Aurelio and tells him she could not talk to Gertrudis because she was busy. Meanwhile, Carmen resolves work issues, and Virginia gets upset when realising the pregnancy test is positive.

Pedro promises Gertrudis that the job will be done that night, but in his own way. Lorena expresses how much she hates Pedro and Carmen works on her computer, nervous about Virginia's constant surveillance.

Guillermo, worried about the possibility that Lorena will confess everything to Alberto, knows that she will not be able to kill Marco Aurelio. At the park, Alberto meets with Lorena and Ignacio goes missing.

In the Trejo mansion, Ricardo handles the situation so Don Lucio doesn't notice the money which is missing from his account. Alberto is annoyed by Lorena's rejection, especially after confessing his love to her.

In the park, Guillermo is hiding with his son. Lorena is certain that Ignacio is with his father, so Lorena asks Alberto not to worry about her anymore. Guillermo calls her and confirms her suspicions.

Elvis asks Virginia to consider getting an abortion. Convinced by the shame from her mother and the fear of not knowing how to face a pregnancy, Virginia accepts. Elsewhere, Malena tries to fight back.

Lorena begins to open up to Marco Aurelio, and tells him that her former partner is a criminal, who threatens the life of their son. Alberto and Omar overhear an important conversation, but how much did they hear?

Lorena and Marco Aurelio act as naturally as possible in Alberto and Omar's presence. Marco Aurelio defends himself, claiming that it is a measure of protection, since the police have not yet identified the hit man.

Paulina defends Elvis by bad mouthing Virginia to everyone. Meanwhile, Patricia tells Alberto that Lorena will most likely return with her ex, and Ricardo is curious about the file.

To hurt her and frighten her even more, Guillermo tells Lorena that he will take care of Ignacio from now on, and Don Lucio wants his wife to accept the fact that a child is on the way.

Feeling that she has nothing to lose, Lorena confesses to Marco Aurelio that his brother and his wife are the masterminds behind the assassination attempts. He decides to attack her for defaming his family.

Claudio acts surprised about Marco Aurelio's suspicions about Gertrudis' infidelity and tries to get the idea out of his head. Virginia does not want to go to school because she wants to avoid the mockery of others.

Gertrudis gets offended by Marco Aurelio's accusations. His anger is increased by his wife, which causes him to have severe chest pains. Gertrudis notices, but instead of assisting him, she lets him suffer.

Alberto and Malena visit their father and arrive to find the room silent with dim light. Malena supposes he's asleep, but both siblings find Marco Aurelio dead on his bed, with a shot to the heart.

Gertrudis demands that Claudio be released, but Omar argues that he is only complying with the law. Nilda ends up blaming Lorena, and Lorena tells Dr. Olimpo that she must leave the city because she is in trouble.

Pedro makes Guillermo see that another death in the Corona family could prompt an investigation against him and he may end up in prison. However, the only thing he cares about is killing Alberto.

Pablo asks Malena to return home or he will publicly announce her 'romance' with Isabel. Maria Balbina says that the spirit of Marco Aurelio contacted her to make her besiege Ricardo with her affectionate ways.

Guillermo is at the gates of the Corona's house waiting for Alberto to leave so he can kill him, but Pedro calls him and gives him an ultimatum. Meanwhile, Alberto tells his mother he is in love with the nurse.

While waiting for the arrival of the surgeon, Virginia receives a lecture from the secretary about her pregnancy. Pablo asks Gertrudis to prevent Patricia from representing Malena during the divorce process.

After seeing the Corona file pictures, Lorena second guesses telling Omar what she knows. The Commissioner senses that she wants to say something regarding Marco Aurelio's death, and Omar gets closer to Lorena.

Gertrudis refuses to talk to Lorena, so she asks Claudio to step out with the nurse and her son so she can speak to Alberto. She then scolds Alberto for wanting to bring Lorena into her home.