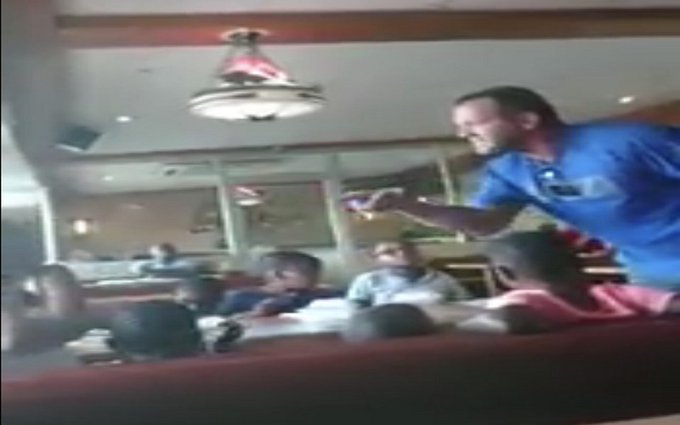 Shocking footage of a man threatening a woman with violence in front of children‚ customers and staff at a Spur Restaurant in Johannesburg at the weekend has gone viral – causing outrage on Human Rights Day.

WARNING: EXPLICIT LANGUAGE
The incident‚ which happened at Texamo Spur‚ at the Glen Shopping Centre in Johannesburg‚ rapidly turned into a PR disaster on Sunday for the food chain as furious customers asked why management or security did not intervene earlier.

5 Tips in Protecting Your Online Priv…
Hired an Autosleeper Duetto
Bluehost Review-Best Choice by Many W…
Sanali Group – Epitome of Innovation …
Some threatened to boycott the restaurant.
The altercation involved two parents who accused each other’s children of bullying at the restaurant.
The video shows the man threatening to give the woman a “klap” and at one point he violently shakes her table.
Marilize Lloyd‚ who accompanied the man and his family to the restaurant‚ said that it was a birthday outing.
Lloyd said her friend’s daughter came to their table twice to complain about another child in the play area who was pushing her.
The girl returned crying a third time and her father got up to ask the woman what was going on.
Things went pear-shaped from there and both parents got involved in a heated screaming match.
Lloyd said the video clip started a few minutes into the altercation.
Spur issued a statement on Tuesday‚ saying that the man is no longer welcome in their restaurants around the country.
“Upon viewing the video content that’s been circulated on social media we are shocked at the adults for behaving in the manner they did‚ especially with so many children around. As a family restaurant‚ Spur does not condone this type of behaviour‚” said the statement.
“We have investigated the incident with Texamo Spur Staff and management‚ who expressed that they did in fact try to intervene‚ but were pushed away numerous times by the angry male customer. As soon as the incident escalated‚ Texamo Spur staff notified The Glen Shopping Mall security.” The statement went on to say they were disappointed that children “were exposed to this type of behaviour and would like to assure the public and all our loyal customers that we will not be taking this incident lightly”.
There was a furious backlash on social media.
Spur Steak Ranches‏ said on their twitter feed‚ “As you can imagine‚ we've had thousands of tweets‚ FB posts‚ DMs‚ emails‚ etc this morning. Trying our best to respond to all.”

BM Tech @jambase28
@SpurRestaurant twitter is as (un)responsive as the management in that Glen Spur restaurant.

Comments on Facebook turned into a battleground after the statement was released.
Thabiso Ramashala said‚ “Rubbish response.....there's no accountability here. You failed at handling this...”
Thando Odnat Zitha said‚ “Amazing this incident happened on the 19th and you only making the statement 2 days later because of the heat? Meaning you wouldn't have acted out on this if it wasn't for social media? And a ban means nothing he can still call your delivery service.”