After death of Ebony together with her best friend, Francisca Yaa Nkansah popularly known as Frank Kuri, a lot of stories have circulated in the media about Ebony Reigns but the most damning of all the rumors was started by Prophet Nigel Gaisie.

According to the prophet, God told him to caution Ebony against lezbianism or else he will strike her down.Immediately after the revelation, rumorsstarted flying around on social media that the lady who died with Ebony, FrankKuri was Ebony’s lezbian partner.

Although Ebony’s manager, Bullet cameout to rubbish the lezbianism tag, a video is now circulating on social mediaalleging to be Ebony Reigns and Frank Kuri.In the video, the Ghanaian ladies that it’sbeen alleged as Frank Kuri and Ebony could be seen kissing and romancing passionately. 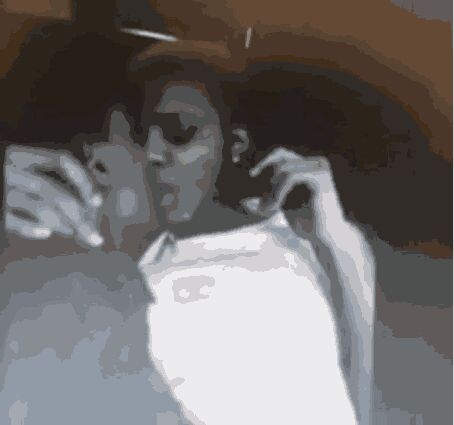