Tags: islamic development bank loan bank
June 7th 2017
View original
Acting President Yemi Osinbajo has asked the National Assem­bly to approve a Loan of $1.5 billion for Enugu, Eb­onyi, Abia and 10 other states.
The proposed loan, from different multi-lateral organisa­tions, is to enable the concerned states to address critical infra­structure in their domains.

Discover the Magic of Venice in Novem…
Smartphones are Changing the Online G…
Break Da Bank Again Megaways Slot Rev…
Top Back-To-School Preparation Tips &…
Job descriptions: Updating for Succes…
The other states are Cross River, Kaduna, Ogun, Katsi­na, Jigawa, Kano, Plateau and Ondo.
Acting President Osinba­jo said the loan is a part of the 2016-2018 external borrowing plan.
In a letter he wrote to the two chambers of the National Assembly, which was read on the floor of the House of Rep­resentatives, Osinbajo said that the approval of the loan by the National Assembly would help the states to execute various projects.
He said: “You may wish to know that the request for the sep­aration of the state’s projects from the list became imperative in view of the current economic realities in the country and the pressing needs of these states to provide infrastructural and social amen­ities for their citizens”.
“The total loans for the states being presented for special consid­eration and approval is $1.492bil­lion as listed in paragraph 1 above”.
A breakdown of the loans showed that Kaduna wants $350 million from the World Bank, Ogun $350 million (World Bank), Ebonyi $70 million from the Af­rican Development Bank (AfDB) and Abia ($100 million, AfDB).
Similarly, Katsina request­ed $110 million from the Islamic Development Bank (IDB); Jigawa ($32.4 million, Islamic Develop­ment Bank); Ebonyi ($80 million, Islamic Development Bank) and Kano ($200 million).
Enugu, Kano, Plateau and Ondo states are together seeking the sum of N200 million from the French Development Agency.
Meanwhile, Osinbajo has reit­erated Nigeria’s position as one of the most profitable places in the Economic Community of West African States (ECOWAS) sub-re­gion for business and investment.
Osinbajo spoke yesterday when he met the Foreign Affairs Minister of Indonesia, Mrs. Ret­no Marsudi, at the Presidential Villa, Abuja.
With its large population and size, “Nigeria has a prerequisite market for profitable returns on any investment and business”, he said.
Citing the success of Indomie, one of the products by an Indo­nesian company in the Nigerian market, Osinbajo said that “there is enough room to increase the volume of trade between both countries.”
“Nigeria is one of profitable places for business and investment because there is always a market for them and government is cre­ating a good and friendly environ­ment for investment to thrive”.
He said that Indonesia should take advantage of the on-going economic diversification process, especially in the agricultural sec­tor, adding that Nigeria could be exporting agro-allied products to Indonesia.
“About 10 days ago, we signed Executive Orders for Ease of Do­ing Business; we have a 48-hour visa regime and all that. There is a friendly business environment,” the Acting President added.
The Indonesian Foreign Min­ister had informed Osinbajo that she came to the country with 200 business people and had visit­ed Lagos. She said her country is ready to start a business relation­ship with Nigeria.
Marsudi also solicited the establishment of a Palm Oil Pro­ducing Council between Nige­ria and Indonesia, stressing that countries producing palm oil should work together in order to benefit maximally from the market. 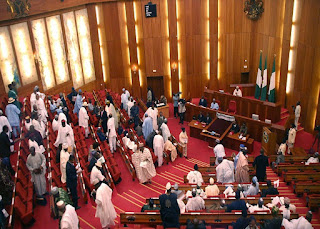