Watch: Maserati MC20 Cielo's retractable glass roof looks like something from the future Watch: Maserati MC20 Cielo's Retractable Glass Roof looks like something from the future

Maserati has released a new video of its MC20 Cielo, the much-anticipated convertible version of its butterfly-doored super-coupe, and boy it is a sight for sore eyes! The car was released this week, and it already has heads turning.

MJ Unpacked Returns To Las Vegas For …
Things to Do in Cannon Beach in the W…
The Museum of Illusions at World of I…
After the FBI raid at Mar-a-Lago, onl…
Clerment Foot 0-5 PSG: 5 Talking Poin…

A car with incredible aerodynamic efficiency

How does Maserati describe the MC20 Cielo? “MC20 Cielo is designed for perfection. It weighs just 65 kg more than the coupé, made possible by meticulous, precise work during the stages of the car’s design. As well as its outstanding weight-to-power ratio, the carbon fibre chassis (the same for all three configurations to come: coupé, spyder and the future electric version) also guarantees uncompromising torsional rigidity, offering a combination of extraordinary handling on the road and on the track,” says the press release.

“The new spyder is a car with an elegant yet highly sporty design. Its character and personality are truly eye-catching for the purity of its forms and the refined aerodynamics subjected to 360° testing in a wind tunnel, whether the roof is open or closed.”

But let’s get to the retractable roof, shall we? The car uses a retractable Glass Roof that opens and closes in a mere 12 seconds. Should the driver want more shade, they can simply click on a button on the 10.3-in Android-powered touchscreen and the Polymer-Dispersed Liquid Crystal (PDLC) smart glass will go from clear to opaque, offering all the coverage they could desire.

The car is expertly engineered so that the new roof doesn’t affect the butterfly doors that separate the outside world from the leather-drenched two-seat cockpit. This cockpit has been designed to offer access to paddle shifters for the dual-clutch eight-speed gearbox within a finger’s reach. Finally, the doors are meant to improve the car’s ergonomics and enable optimal access to and from the cabin. There is no doubt that Maserati’s engineers thought about everything with this vehicle! 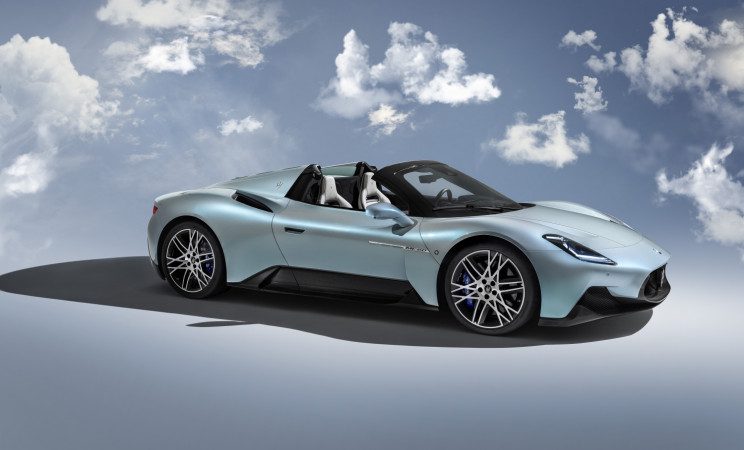 Finally, there is the car’s engine. Nettuno is described by the firm in a previous press release as “the first engine in this new chapter of the Trident’s history.” The Nettuno is the “MC20’s twin turbo V6, a technologic gem already awarded an international patent, which puts the MTC (Maserati Twin Combustion) technology, the ground-breaking combustion system developed in-house, onto the world’s roads.” 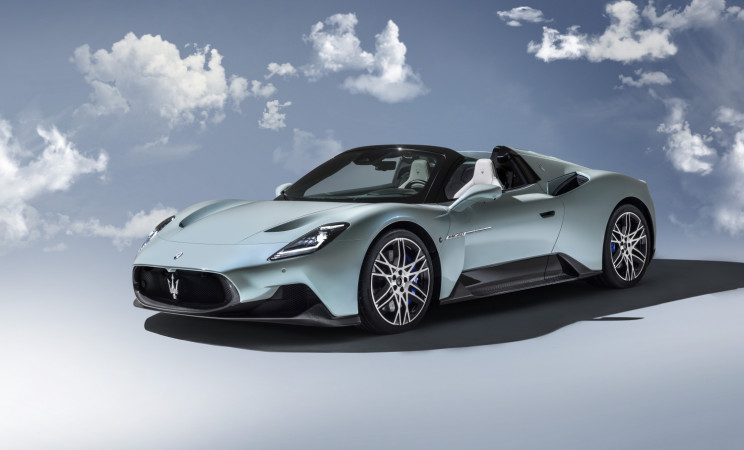 Clearly, this is an engine that can handle the fast speeds that the MC20 Celio will be reaching while ensuring a smooth ride. It seems there is no detail too small or too insignificant that it missed Maserati’s engineers’ attention. This is an expertly crafted car meant to offer the ultimate in luxury and speed and 360 degrees of open views. The only question we have now is: when can we get our hands on it?

The post Watch: Maserati MC20 Cielo's retractable glass roof looks like something from the future appeared first on GulpMatrix.

Watch: Maserati MC20 Cielo's retractable glass roof looks like something from the future