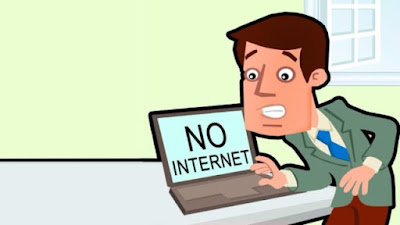 Governments cutting people’s internet chords is a known concern across the globe. One of the global internet registry organizations AfriNIC has proposed that the internet address space shouldn’t be allocated to the governments ordering internet shutdown with an intention to restrict the internet access to their population.
Many countries around the world ruthlessly deprived their population of the internet access for no understandable reason. Well, it appears, an iron-fisted attitude won’t be beneficial for them in the future.
AfriNIC (African Network Information Centre) is one of the five global bodies designated to handle the internet Address spaces in their respective regions, i.e., assign IPv4 and IPv6 addresses.
The organization has suggested modifications in the consolidated policy manual (CPM) to take action against the African governments ordering internet Shutdown in parts or across the whole nation.
“An internet shutdown is deemed to have occurred when it can be proved that there was an attempt, failed or successful, to restrict access to the internet to a segment of the population irrespective of the provider or access medium that they utilize.”
If it’s proved that a government ordered an internet shutdown, AfriNIC won’t be allocating any new IP address to them for 12 months. This also includes government-own bodies or entities having a “direct provable relationship with the said government”. During the ban, the affected government won’t be able to transfer address space from others.
For stubborn governments making internet shutdown attempts during the ban, the organization will take more rigorous actions. “In the event of a government performing 3 or more such shutdowns in a period of 10 years – all resources to the aforementioned entities shall be revoked, and no allocations to said entities shall occur for a period of 5 years,” reads the proposal.
AfriNIC has also specified that no action will be taken against the governments censoring content that’s illegal per the laws of that country. The censorship criteria can’t be extended to include “all content irrespective of its source or its nature.”
The proposal will be taken into consideration at the Avionic's meeting scheduled to happen in June this year.
If you have something to add, drop your thoughts and feedback.
Sources: Fossbytes