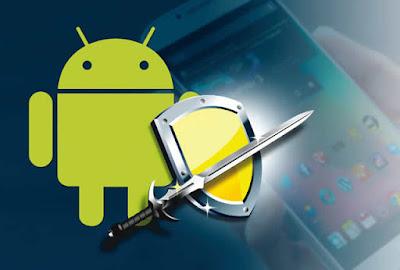 As of 2016, there are approximately 1.85 billion Android smartphones worldwide. This growing popularity has led to an increasing number of hacks and cyber attacks against the Operating System. Unfortunately, Android users need more protection than what is offered by Google. The good thing is that there are a number of options available, Gadget Hacks says.

With these third-party apps, users can provide their smartphones (and tablets) with protection strong enough to combat most cyber attacks.

Put simply, these apps give your device multiple layers of defence and provide a backup plan if one fails, Lets take a glimpse at just four of them below.

The cornerstone of most security on the web is a strong password. Most people don’t actually use a strong password because it is way too hard to memorise a string of random letters, numbers, and special characters for every account you have. But with a good password manager, you only have to memorise one strong password, then the app will take care of everything else for you.

We recently did a roundup comparing all the best password managers on Android, and LastPass came out on top. Its combination of reasonable pricing and a rich feature set helped secure its number one spot handily. From cloud sync features that save your passwords on all your devices to security options like a password auditor, you really can’t go wrong with LastPass.

Thanks to hackers, phishers, and bitcoin miners, there are now many different types of malware designed specifically for Android. To make matters worse, Google has had a hard time preventing such attacks from penetrating the Play Store — their new Play Protect system only has a real-time detection rating of 48.5 per cent. For context, the industry average is 94.8 per cent.

This means we can’t depend on Google to protect us from malicious apps. Instead, we need a good antivirus solution to make sure the apps installed on our phones aren’t leaking our data.
After weeks of research, we finally settled on Norton Mobile Security as our top pick for the best antivirus app on Android. Not only is it excellent at rooting out malware apps with a 100 per cent real-time detection rate, Norton also offers a full suite of security features to protect you from multiple threats.

As we communicate online, our data travels from our devices through our Internet provider and on to the servers hosting the apps and websites we’re using. If this data isn’t protected, hackers can intercept it at any point along the way, which makes VPNs a very valuable tool.
With a VPN, any data coming or going from your device can be encrypted (with the exception of DNS requests, which can never be encrypted, but that’s a different story). Depending on VPN service you use, the encryption of your data can be significantly stronger than the tools used by most websites. However, any VPN worth its salt will charge you a subscription fee for this protection.

One VPN service that provides a great balance of protection and price is NordVPN. With NordVPN, your data will be protected by the highest level of encryption, and there’s even a tool called CyberSec that scans URLs against an always-updated block list of harmful sites. With prices as low as $3.29 per month, it is well worth the cost for peace of mind.

For many of us, our smartphones are primarily a hub for communication. However, Android’s default SMS app isn’t encrypted, meaning our conversations are travelling naked across networks with little to no protection. So like any unencrypted data, text messages can be intercepted and read by hackers or the law enforcement.

The only way to defend against this sort of eavesdropping is by using a messenger service with end-to-end encryption, meaning your messages are encrypted from the point they leave your phone until they are read by the intended recipient.

Beyond the actual contents of your messages, metadata attached to your texts can be used to spy on you as well. While the message may be protected, this metadata can paint a revealing picture of each party, so you want a messaging service that collects as little of it as possible.


Unfortunately, many encrypted messengers collect quite a bit of metadata, so we only have one recommendation in this category: Signal Private Messenger.

According to their privacy policy, Signal only collects the following information: Your phone number, randomly generated authentication tokens, IP address (temporarily), and contacts listed on your device (this data is cryptographically hashed). So even if a hacker was able to fully compromise Signal’s servers, they would have little information about you.

Like with all end-to-end encryption messengers, both parties must use the service for the protection to be enabled. But once this connection is established, essentially all data that travels is only accessible by the two parties and no one else.

By using each of these apps, you are adding layers of security to your device. Your defences are no longer dependent on just one app but a multitude of fail-safes. While not foolproof, this does make your device a harder target. And like the old home security saying goes, you only need to be more secure than your neighbour to drastically reduce your chances of getting broken into.

Facebook, Instagram, Messenger, Whats…
Canadian Online Casinos at its Best
How to improve yourself: 5 things to …
Dead Ends in Cryptanalysis #2: Timing…
The Future of Cryptocurrency in India
© Lukastech Ng


This post first appeared on Lukastech, please read the originial post: here
People also like
Facebook, Instagram, Messenger, WhatsApp Go Down
Canadian Online Casinos at its Best
How to improve yourself: 5 things to start doing
Dead Ends in Cryptanalysis #2: Timing Side-Channels
The Future of Cryptocurrency in India
What Is the Worst Credit Score?
Carpenter Ants in House