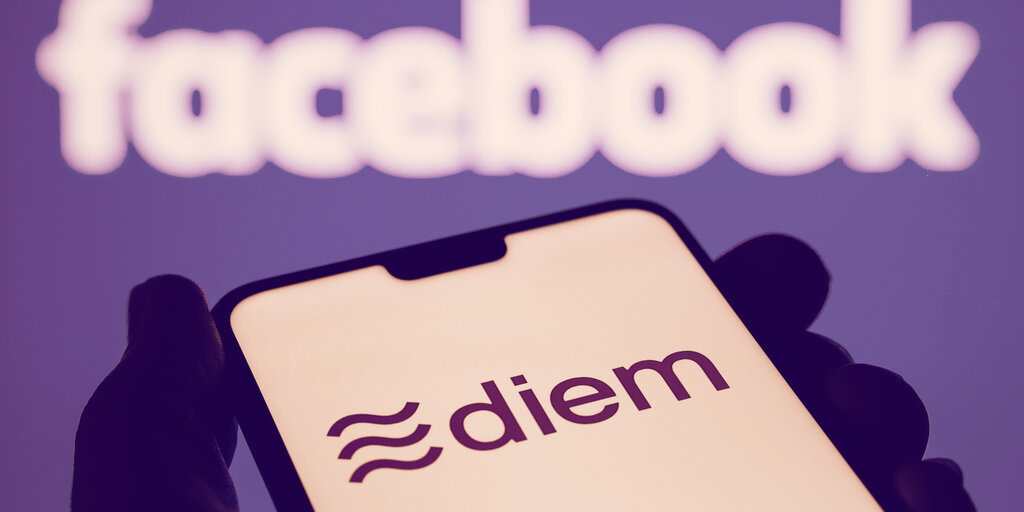 Facebook's long-delayed cryptocurrency plans took a modest step forward on Wednesday when the project it is backing, the Diem Association, announced it would launch a U.S. stablecoin. Upon launch, consumers within a select network of companies will be able to use a digital token pegged to the price of a dollar.

The plan is a dramatically scaled-back version of what Facebook first touted in the summer of 2019, when the company announced it would launch a global cryptocurrency in partnership with financial heavyweights like Visa and PayPal. The original scheme quickly foundered, however, amid harsh regulatory scrutiny that led major partners to bolt and key executives to lead.

In announcing the stablecoin, the Diem Association also declared it was shifting its base of operations from Switzerland to the U.S., a move it said would simplify plans for the digital currency it now calls US Diem. The association also said that Silvergate Bank, a California bank that serves a number of crypto companies, would be the exclusive issuer of the stablecoins.

"The formation of this partnership is an important step in preparation for a Diem USD pilot," said the Diem Association in a statement that did not elaborate on when that pilot would be launched or when consumers might encounter it.

The Diem Association was once known as Libra, but the group rebranded itself last December, in part to distance itself from the project's original global ambitions.

The turmoil at the project has been underscored by the departure of its high-profile founders, who included fintech visionary David Marcus, and by nearly all of its original executives, including its heads of strategy, product, marketing and finance. Last month, the Diem Association's Executive Vice President, Dante Disparte, left to join Circle.

The Diem Association no longer lists its partners on its home page, but those who have not announced their departure include Uber, Shopify, Spotify and Coinbase. If the Diem USD does in fact launch, those firms would likely form the nucleus of a network supported by Facebook that would let consumers pay merchants and each other through platforms like WhatsApp and Messenger.

While such a consortium would likely attract some attention, it's not clear how devoted Facebook remains to the project. When Facebook first announced its cryptocurrency plans in 2019, CEO Mark Zuckerberg joined the marketing efforts, leading some to nickname the planned currency "Zuck bucks." But on Wednesday, Facebook did not even mention the new stablecoin—a possible sign the company has become disenchanted, or else is strategically lying low to avoid the attention of U.S. lawmakers who have been vocally hostile to earlier versions of the project.

Meanwhile, the Diem Association itself appears to be struggling with momentum. As of Wednesday evening, the group's website still stated it was based in Geneva, while its Twitter account has been dormant since December.

If the Diem Association does in fact launch its stablecoin, the group could be left in the position of playing catch-up. In the time since Facebook first announced the project, a growing number of other companies, including PayPal, have either launched stablecoins or hinted they intend to do so in the near future.

Continuing Cesar Chavez’s Legacy in S…
How technology is giving beauty indus…
Among Physicians, Men Make More Than …
Ragnar Beard – How to Nail This Fierc…
Healthcare Organizations Reward and F…


This post first appeared on Passive Income With NFTs, please read the originial post: here
People also like
Continuing Cesar Chavez’s Legacy in Supporting Farmworkers
How technology is giving beauty industry a makeover
Among Physicians, Men Make More Than Women: How Do We Change That?
Ragnar Beard – How to Nail This Fierce Viking Style
Healthcare Organizations Reward and Foster the Wellbeing of Employees for Dedication During Covid and Beyond
How to Protect Yourself from Common COVID-19 Swindles by Vivienne Diane Neal