In the recently concluded general Election, the Pakistan Peoples Party (PPP) once again managed to sweep Sindh. Out of the 61 designated National Assembly seats in the province, the PPP won 43. In Sindh’s provincial assembly, it won 74 seats, capturing a clear majority to, once again, form a government here on its own.

Amidst Crypto Decline, BTC’s Trading …
Can I tell you the truth?
Markets gaping down a bit, USMCA, Gun…
OPINION - Shields and Brooks 9/6/2019
Faces in the Crowd: D.A. Pennebaker

But as has been the case since the 1988 election, post-election analyses by academics and the media have squarely focused on the election results in Punjab. This is understandable because Punjab is the country’s largest province. A sweeping win by a party here is sometimes enough to carry it into power.

This time, the election results of the Khyber Pakhtunkhwa (KP) also make an interesting analysis due to the fact that Pakistan Tehreek-i-Insaf (PTI) became one of those rare parties which, ever since the early 1990s, managed to win two consecutive majorities in this otherwise finicky province.

Is the political influence of feudalism merely a stereotype that lazy ‘experts’ keep associating with Sindh?

The election results of Sindh and Balochistan, on the other hand, were once again only casually discussed. There is enough literature and some insightful analyses available on the evolution of voter behaviour in Punjab, but there is almost nothing in this context on Sindh and Balochistan.

Indeed, what with the ever-splintering Baloch and Pakhtun nationalist parties in Balochistan ever since the 1970 elections, Balochistan’s electoral landscape has always been a tough nut to crack.

However, elections in Sindh’s vast and heavily-populated capital, Karachi, have often enjoyed much academic and media attention. One can access numerous studies in the shape of books, articles and research papers on the electoral politics of Karachi. But that’s about it.

What one does come across regarding Sindh’s electoral politics are ‘analyses’ which fail to go beyond certain hackneyed and clichéd assessments about why Sindh, beyond Karachi, votes the way it has been doing since the 1970 elections.

As I closely studied newspaper and magazine reports and analyses on election results in Sindh, during each and every election held here since 1988, the following words continued to crop up: feudalism, political rigidity, anti-change, uneducated…

Till today, most analysts and columnists treat Sindh (and its Sindhi majority) as entities stuck in some time warp, unable or unwilling to move beyond the Bhuttos of the PPP and being completely under the thumb of evil feudal lords. This view suffers from severe intellectual laziness.

During the 2013 election, a couple of popular TV news anchors decided to actually visit Sindh outside of Karachi. After showing the token bad conditions of the roads and terrible sanitary conditions in a few cities of the province, they went around interviewing potential voters. I remember a well-known TV anchor couldn’t hold back exhibiting his frustration when a majority of the men and women he spoke to said they would vote for the PPP.

The problem is that a majority of analysts and “experts” have continued to depend on the idea of the Sindhi and Sindh which was developed decades ago. This idea of an unchanging, immobile Sindhi, meekly rolling over in the presence of feudal lords first emerged when the province began receiving millions of migrants from India after the creation of Pakistan in 1947. 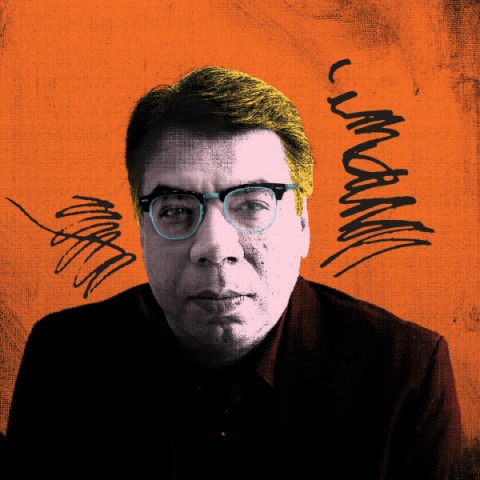 There was a clear cultural clash between the province’s ingrained Sindhi majority and the incoming Urdu-speaking migrants. The migrants were more urbane and had arrived from various parts of India, whereas the Sindhis were culturally homogenous and attached to the lands they had been living on for centuries. This is why, along with the Baloch, Pakhtun and Bengali ethnic groups, the Sindhis too felt that their culture was being undermined by a so-called Punjabi and Mohajir elite.

Despite the fact that the PPP was founded by a Sindhi — Z.A. Bhutto — the percentage of votes his party received in Punjab in 1970 was more than what it received in Sindh. Yet, this did not stop him from drawing Sindhis into the economic and political mainstream of the country. He largely did this to neutralise the radical Sindhi nationalists of the province.

Even though there is not much literature or in-depth studies available on this process, one way of tracing it was to go through reports penned by the sales teams of various commercial enterprises. For example, some six years ago, I got my hands on two detailed marketing reports published by a juice company and a car battery manufacturing company.

The reports were penned by these companies’ sales staff that had travelled to various cities of Sindh. Both reports spoke about villages that were turning into towns and towns into cities. The reports also found an expanding and robust Sindhi middle class rapidly emerging in the cities and exhibiting ‘consumer behaviour’ that was similar to the middle classes of Karachi.

The PPP has been a central component of the aforementioned process. Political economist S. Akbar Zaidi and Hamida Khuhro, the late historian, have often demonstrated that feudalism has been a rapidly receding force in Sindh. They are of the view that the so-called feudal system now has only marginal political influence on the electoral dynamics of the province.

The PPP has adjusted to this shifting reality by drawing in lesser landowners, petty bourgeoisie and members of minority groups in Sindh, many of who downed various members of established landed families in the recent elections.

Political scientist Haris Gazdar, in his February 2008 essay in Economic & Politics Weekly, wrote that a majority of Sindhis view the PPP as “the party that gives voice to their regional interests at the national level.” This observation is echoed by another political economist, Asad Sayeed, who explains the PPP’s role in Sindh as that of a mainstream entity that gives the Sindhis access to federal level politics and economics.

Why You Should Become Financially Independent