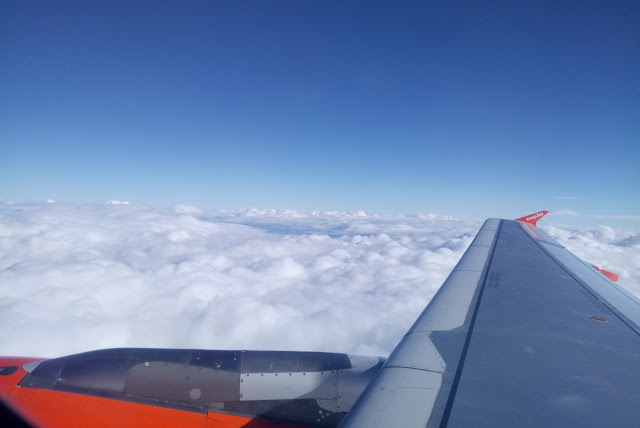 It's been just over 6 months since my DMU Global Trip to Berlin and trust me I've been meaning to write about my experiences in Berlin for quite some time, however, as they say, for all things meaningful to come one must sit and think before speaking.

Brutalist Berlin Map, Blue Crow Media
Germany’s new sculpture garden – the …
Maria Clara Groppler über Brüste, Boh…
List of Philippine Festivals for the …
Fintech Trading Platform, Trade Repub…
So here I am, sitting in front of my laptop screen, 6 months after my return from Berlin, still attempting to express my experience in comprehensible phrases. It is indeed difficult to do, especially when one has had so much to soak in.

My Journey began, just like any other journey abroad begins, by booking a flight and accommodation to the chosen destination. The only material difference in my case was that I had to simply apply and book with DMU Global and that was it... literally!
Upon being accepted onto the trip, I had nothing more to do other than pay my heavily discounted price and sit in anticipation. Funnily though, my excite was subdued as a result of my imminent summer exams. Before I knew it though, I was boarding my flight to Berlin from liverpool.
The infamous 'they', they always tell you to step out of your comfort zone and explore new horizons. Encouraging you to delve into the great unknown. For the many, the purpose of this life to explore the unexplored. Indeed these are thoughts as deep as your soul. As none of my existing university friends were accompanying me this was the start of something new, an unventured territory I was venturing upon alone. 'It won't be hard...', I told myself, '...I will get to know people' I reseauraed myself.
I must admit however, that it was indeed not at all difficult to get to know people, to talk to people and to make friends. What I found was that many people on the trip were in exactly the same situation as myself. Alone, at least to start with. To say the least the whole airport experience and the flight itself was rather present, the positivity inside me just kept me going. Flying with EasyJet was actually easy!
And then we arrived... 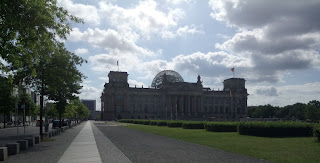 As a country, Germany has a rich history and heritage and Berlin being the largest city and capital of Germany is of course the obvious choice of travel. Living a short walk from the Reichstag Building and Brandenburg Gate was definitely an advantage as it arguably provided a near perfect combination of city life garnished with the reminder of Berlin's historical significance. These sites quickly became a pleasant daily encounter.
Being a keen History student during GCSE and A Levels, undoubtedly I entered Berlin with a certain perspective of what I thought I would encounter in this metropolis of power. However, my former perspective was positively challenged through my first hand perception of reality. 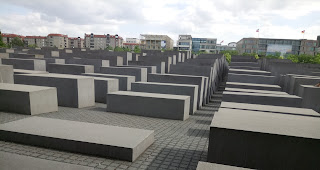 Visiting the Holocaust memorial was a rather thought provoking affair, whilst we can never even begin to imagine the harsh realities of crimes against millions of innocent Jews and the effect it had on them, walking through the maze of huge grey concrete slabs brought to life for me the feelings of despair, loneliness and entrapment
Perhaps, what hit me the hardest was my visit to Checkpoint Charlie. Currently guarded by actors posing to be soldiers one would be forgiven to believe that the checkpoint was still in use. Named by the western allies, Checkpoint Charlie served as the most popular east to west crossing point during the cold war. Of course when I visited, the checkpoint had been disused for well over 26 years. This visit was definitely a real throwback to the past. This was like witnessing history in action!
Other than being a well earned post exams holiday, the academic nature of this DMU global trip enabled me to get first hand experiences of the legal affairs in Berlin too. My visit to the Berlin human rights centre, proved to be both insightful and informative as it helped paint a picture of how the political and legal landscapes are intertwined in the capital of what is the European Union's superpower. Hearing of their struggles both motivated and inspired me to channel my energy towards worthy causes serving my fellow humans. I truly bow before the lawyers fighting for the rights of sometimes oppressed people not just in Berlin but all of Europe!
My four day stay in Berlin came to a fantastic climax when we visited potsdam Palace, located in the similarly named town of potsdam a short distance outside of Berlin. Potsdam Palace served as the host to the post second World war peace treaty. The very place which saw the war reparation bills and disarmament being forced upon Germany to pay for the heinous crimes the Third Reich committed against humanity. Standing within the room where such historically vital decisions were both made and discussed was for a lack of words simply surreal. 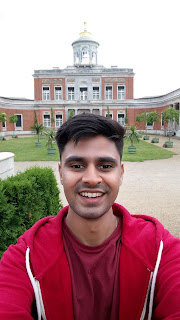 However, my visit to Berlin was not purely academic as I also had the opportunity to experience the culture of Berlin first hand through its delicacies, landmarks and my interactions with the lovely residents of Berlin!
I returned from Berlin just over 6 months ago. Some would say I went on a mere holiday, others would say it was an academic journey, however for me, my visit to Berlin was a journey into the past. This opportunity, titled 'Contextualising Berlin', truly helped me contextualise how the current political and legal climate in Berlin was arguably shaped through its series of multiple political and legal upheavals.
Finally, I end this post by considering myself as an extremely lucky individual who was able to afford and experience Berlin in such a beautiful manner and for that I thank the brilliant DMU Global team at De Montfort University... My University!
Keep traveling!
READ
LOVE
SHARE


Disclaimer: The Information provided on this page is for entertainment purposes only, the publisher does not necessarily hold any rights for any of the information presented here. The logo's, trademarks and company names belong to their respective owners, and are not affiliated with beingmehul.co.uk in any way whatsoever. Readers are advised to gain guidance from other reading materials alongside this blog post. beingmehul.co.uk cannot be held liable for the content on other website links found within this blog post or any damage to any property caused as a result of this blogpost. Please consider your environmental responsibility before printing this post.