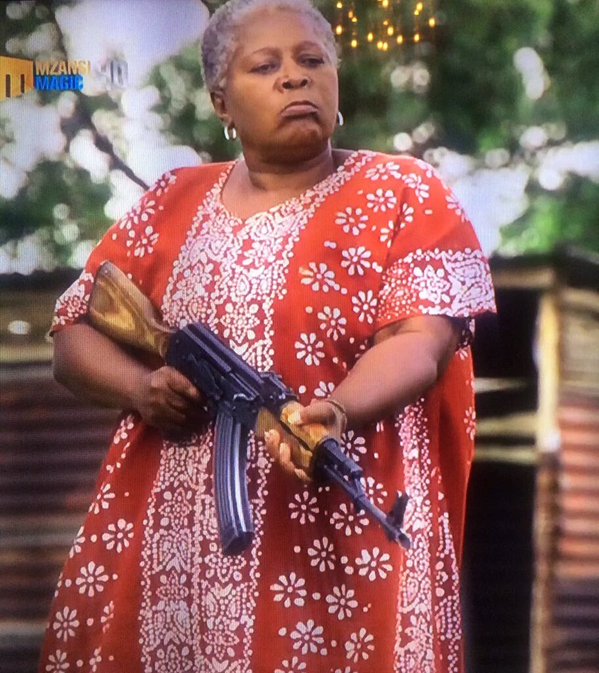 Sometime last week, an explicit sex tape featuring an elderly woman started doing the rounds and many started assuming that it was Isibaya actress, Thembi Nyandeni (who plays Mkabayi Zungu) based on the appearance of the woman in the video.

Speaking to Sunday Sun, Nyandeni confirmed that she had seen the video and thought that it was disgusting before adding, "I’m 63 years old and cannot be doing such distasteful sex scenes. Somebody is out to destroy me!”

She reiterated that she is not even in a relationship and would like to track down the people responsible for leaking the video (and presumably alleging that it is her) so that she can pursue legal action against them.

"I have morals. I have rules and regulations that I live by on a daily basis. I don’t play games with my body. Even on set, I don’t do intimate scenes where I’d have to kiss a man,” said Nyandeni.