WATCH: The shock video that got a top Joburg school to crack down on bullying 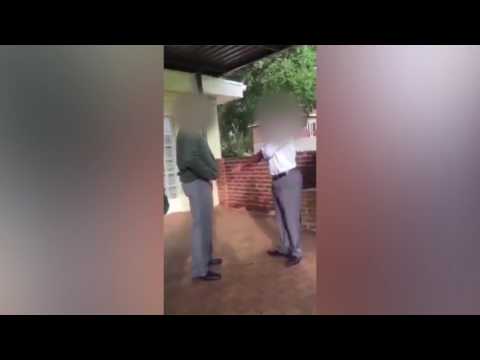 In the video, two Grade 10 boys stand nervously next to each other as the older pupils prepare for the assault. One of the older boys carefully takes off his blazer and rolls up his shirt sleeves. He then slaps one of the younger boys hard on the ear. The other bully does the same to the second victim. The two younger boys stumble backwards but do not fight back.

When You and Your Best Friend Had an …
Looks like the correction is over… bo…
Crunchyroll – How to Watch Anime Onli…
Best French Press Travel Mugs for Tas…
Last of the Irin Vol: 1 Review I A cr…
In a statement on the school's website, headmaster David Lovatt said a "concerned citizen" had sent the video to the School.
"The footage is extremely disturbing and in no way reflects the ethos or traditions of our school," his statement said.
"The assailants and videographers have been identified and will be dealt with."
In an e-mail to parents, Lovatt said KES had zero tolerance for intimidation, initiation, physical assault, fighting, bullying and other similar offences.
He warned that those found guilty would be suspended for a week and, on return, would face a further seven days' suspension from all school activities other than academic classes.
- Read the full story on Sunday Times

WATCH: The shock video that got a top Joburg school to crack down on bullying