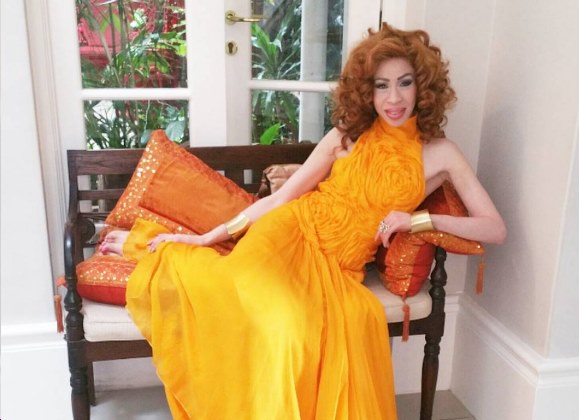 Model and actress Refilwe Modiselle responded to a comment made on a photo she posted on Instagram where a follower said: “That’s the whitest black girl I have ever seen. She beat Michael Jackson.”
The TV presenter posted a lengthy screenshoted reply to express her irritation saying: “All my life I’ve had to go through this & even as a fully-grown woman. I’ve even been called all sorts of names, pig… ugly… ghost… the works. And trust me it has made me the most incredible woman you can come across because beyond all that I have made something of that ugly girl you keep scrutinising,” she captioned her deleted screenshot.
“If we keep allowing people to do this…. at what point are we saying it’s not ok period…But at times I have to just say something so people can be schooled on their ignorance. You can never change the mind of a fool but at least you can help the world understand things better for those that were going to catch this dom vibe. Let’s learn to respect each other & our differences.”
In November, Modiselle received an invitation from an event organizer, who requested for “a group of albinos for a party”, where she replied by saying, “We are not extra-terrestrial to decorate events.”