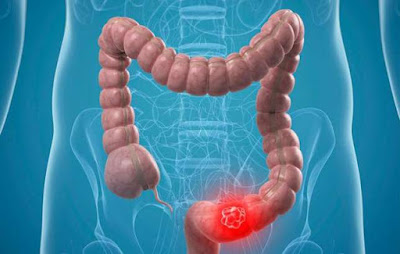 New research suggests younger people are at a greater Cancer risk than we thought.

It’s pretty much a rite of passage as you get older: Once you hit your 50th birthday, you get a colonoscopy.

But now, new research presented at the 25th United European Gastroenterology (UEG) Week Barcelona suggests that men might be waiting too long for that important Colon Cancer Screening.
In the study, researchers analyzed more than 6,000 colonoscopies performed in France, and broke down the results by age. They discovered a sharp rise in the number of abnormal findings once the participants hit age 45.

Cabbage Production Guide
Myths & Facts About Masturbation
Thailand Health Insurance my 3rd Year…
Interview with the legendary comic bo…
Resolving The Reoccurring Discourse o…
For example, the number of colon polyps—small growths which can develop into cancer—nearly doubled from the 40 to 44-year-old age group to the 45 to 49-year-old group. That’s much smaller than the 19 percent increase in polyps detected from the 45 to 49-year-old group to the 50 to 54-year-old group.
The researchers looked at the detection rate of neoplasms, or the abnormal, uncontrolled growth of tissue that’s characteristic of cancer. They discovered the detection rate in the 45 to 49-year-old group was about 400 percent morethan that of the 40 to 44-year-old group.
Even when the researchers excluded patients with a personal or family history of polyps or colon cancer—factors which can up their risk, too—they still found that detection rates for polyps and neoplasm were significantly higher in the 45 to 49-year-old group than in those under 45.
“Regardless of the type of screening that is in place, the results of our research strongly indicate that screening for colorectal cancer should begin at the age of 45," study author David Karsenti, M.D., said in a press release.
So what does this mean for national colon cancer screening guidelines? Currently, the American College of Gastroenterology recommends that colon cancer screening for non-symptomatic, average risk people—those without a family history of the disease—should begin at age 50. Average-risk African Americans, however, should already be starting screening at age 45, since they tend to have a higher chance of developing it at a younger age.
Plus, if you have a family history of colon cancer, your doctor may recommend you get screened earlier—at age 40, or 10 years before the cancer was first diagnosed in your relative, whichever is earlier.
It’s important to note that these recent findings were presented at a conference, so they haven’t yet undergone peer review—a vetting process necessary before research is published in medical journals, for instance.
Another important note: The people in the study who underwent colonoscopies were referred to gastroenterologists. That may mean they were already showing concerning symptoms that prompted that visit in the first place. Colon cancer symptoms include blood in your stool, a change in bowel habits, cramping or abdominal pain, or unintended weight loss.
“If these patients had symptoms and the colonoscopy was done for diagnostic rather than screening purposes, they may represent a higher risk cohort,” says Mark B. Pochapin, M.D., FACG, vice president of the American College of Gastroenterology.
So it’s still premature to talk about whether these findings will change the current screening guidelines. That’s a bigger process, and the guidelines take into account a whole bunch of relevant research out there on the topic to come to a consensus—they’re not just based on one study.
“We are always reviewing our guidelines to reflect the most up-to-date data,” says Dr. Pochapin. “Any new data, such as that presented at the UEG Week, will be assessed and considered in the context of the current knowledge.
Bottom line: current guidelines, as mentioned above, still apply for colon cancer screening. But it's important to note that they are talking about preventive screening, though: If you are showing possible colon cancer symptoms, you need to see a doctor. He may recommend a colonoscopy to look for colon cancer.
The best thing you can do for your health? Know your family history—make sure to relay that info to your doctor—and don’t ignore any digestive symptoms you have, says Dr. Pochapin.
“Be persistent about getting an accurate diagnosis and resolution of those symptoms,” he says. “Especially for people having rectal bleeding or blood in the stool, don’t just assume it’s hemorrhoids. You need to see a doctor to rule out a more serious problem—and to treat and resolve the symptoms.”