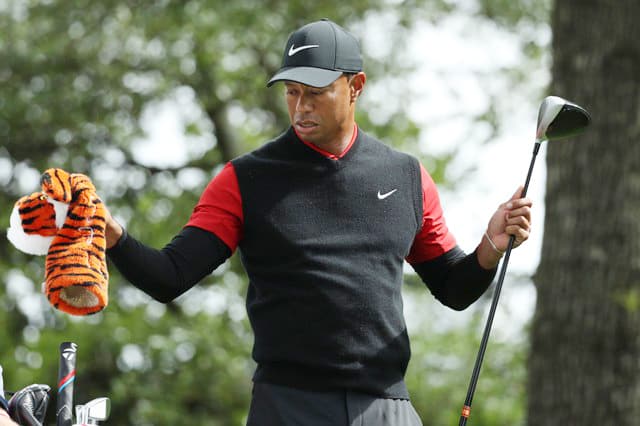 Years of trials and tribulations have given Tiger Woods a new character trait – humility, which could prove a valuable tool in his rousing comeback bid to return to the top of the golf world.

Woods did not deliver a storybook chapter at the Masters, finishing one-over-par 289 in a tie for 32nd. But the now mellower 14-time major champion accepts that he is in a process after spinal fusion surgery a year ago.

“My swing is slightly off. I was pleased with the way I was able to drive it, but I just could not convert with my irons. I struggled controlling the shape. Can’t control the distance,” he told reporters.

After the self-critique, former world number one Woods was asked about the importance of competing at Augusta National for the first time in three years.

“I missed the challenges out there. I missed it. I missed playing out here. I missed competing against these guys,” four-times Masters winner Woods said after shooting a final-round 69 that included an eagle at the par-five 15th.

Five years removed from his last PGA Tour win and 10 years since his last major championship win, Woods has stirred the golf industry with his return to competition, contending at tournaments and showing glimpses of his once dominant form.

Since the 2008 U.S. Open, he has overcome a broken leg, knee operations, a marital break-up, sex addiction treatment, four back surgeries, a video of his prescription drug-induced DUI and stop-start comeback efforts cut short due to back pain before his last-ditch fusion procedure.

“Clearly, all the things that he’s been through have at least done a little bit to humble him,” mental game expert Dr. Joe Parent told Reuters in an interview.

“Humility was not one of his strong suits early on. Tiger never really admitted that he was struggling with anything.”

Parent remarked that was key to moving forward.

“If you have a little bit of humility it’s easier for you to accept what your limitations are. Then you can play within yourself and then you can adjust your game to the requirements of the golf course,” said Parent, the author of “Zen Golf”.

“The length of time that it’s taken for him to work on his injuries and get to playing on this level, I think he has gained some perspective on how long these things take.

“Unlike the earlier Tiger, ‘unless I win, I’m wasting my time’, he’s taking the increments as positive signs. Now he’s saying, ‘Look at the steps I’ve taken. Look at the progress I’ve made.'”

Woods calls his recovery a “miracle” and some experts view it in a similar light.

“Once you’ve demanded from your body a certain amount of effort that caused that injury… I don’t think we return you to the level that you had before,” he said.

“You can rehab and strengthen yourself and we can get you better. But I don’t think you return to your baseline of before. Some decrease in your abilities can be expected.”

Woods has noticed limitations but the supremely talented athlete has still managed to construct a swing that allowed him to reach a swing speed of a tour-leading 129 mph.

Golf television ratings are trending upwards, so are equipment and ball sales since Woods’ return, while the Masters featured a buzz of excitement missing in recent years.

Large Augusta National galleries followed Woods and cheered him on.

“I had expectations, as he probably did too, but the fact is he is just coming back from such a long layoff and I think it’s positive what he’s doing,” said Ryan Godsey, a 41-year-old teacher from Greenville, South Carolina.

“I think that he will win again, it’s just a matter of time.”