Father of one of the four pupils killed forgives Jub Jub 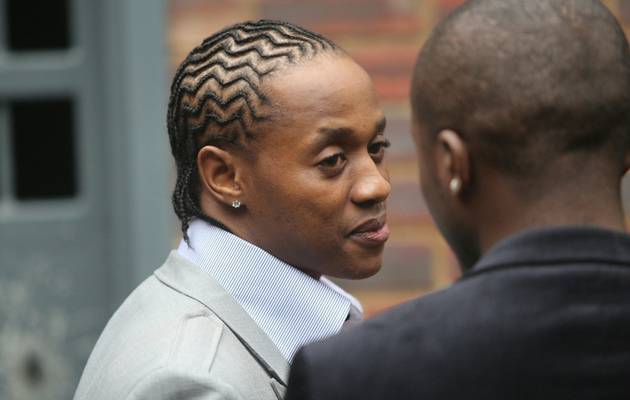 The father of one of the four pupils killed by hip-hop singer Molemo "Jub Jub" Maarohanye, said yesterday he had forgiven the musician and his accomplice.

Fezekile Cwayi said he had made peace with 17-year-old Mlungisi's death because nothing could bring him back to life.
His son and three friends - Prince Mohube, 17, Phumelelo Masemola, 16, and Andile Mthombeni, 16 - were Killed instantly when hit by two drag-racing Mini Coopersdriven by Maarohanye, 36, and his friend Themba Tshabalala, 32.

Giraffe running wild in Stratford Rad…
Airdrop of WHACKD Coins Valuing at $7…
Trailer Crushes 20 People To Death Wh…
5 Reasons To Treat Honeybees Differen…
BROUGHT TO TEXAS BY THE NRA - 2nd Mas…
The pupils were killed while walking home from school on March 8 2010 on a bridge connecting Protea Glen and Protea North in Soweto, Johannesburg.
Two other pupils were critically injured, with one left paralysed.
"My son is gone. I had to make peace with it. In the December holidays, I went home to the Eastern Cape where he was buried and I visited his grave.
"I told him that Jub Jub and Tshabalala were going to be released [from prison] and that he must make peace with it," said Cwayi from his Protea Glenhome.
Maarohanye and Tshabalala were released on parole yesterday after serving four years in prison. They were sentenced to eight years in 2012.
The two were initially sentenced to 20 years for murder but the charges were changed to culpable homicide and their sentences were later reduced to 10 years, two of which were suspended.
Cwayi said he was contacted by the parole board and his wife attended the first hearing in November with one other family.
"I attended the second session, which was held in December. We were not asked any questions. We were just told what the board wanted to do and had to say what we thought.
"Jub Jub and Tshabalala were there. I spoke to them for the first time since they killed my son. Jub Jub told us that he had changed and that he regrets what he did."
Cwayi said his door was always open to the two: "I do not want them to think that they will be killed when they come to my house. They won't. They are welcome."
But the family of another pupil who died in the crash said they were still hurting. A weeping relative, who did not want to be identified, said: "They can come out, it's fine. Our children died and they are being sent home."
Maarohanye's lawyer, Rudi Krause, said when asked about his client's whereabouts: "I am not at liberty to tell you that. I am his attorney not his guardian."
Correctional Services spokes man Singabakho Nxumalo said the two were first-time offenders with a positive support system.

Father of one of the four pupils killed forgives Jub Jub