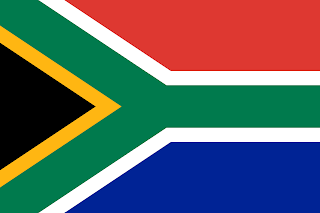 Defying the advice of the commission he appointed to look into the issue of fee-free higher education, President Jacob Zuma on Saturday announced in a statement that the African National Congress-led government will introduce fully subsidised free higher education for poor undergraduate students from 2018.

The statement was released at the start of the African National Congress’s 54th elective conference held in Johannesburg on Saturday. The timing of the release, after months of silence, drew criticism from the opposition which described it as an example of “populist politicking”.

In a short statement also released on Saturday, the National Treasury said the proposal would be considered by the Ministers’ Committee on the Budget and the Presidential Fiscal Committee. “Any amendments to existing spending and tax proposals will be announced at the time of the 2018 Budget,” it said.

However, in line with another of the commission’s recommendations, Zuma announced the government will increase subsidies to universities from 0.68 per cent to 1 per cent of the GDP over the next five years. This increase would align South Africa’s higher education allocation with those of comparable economies. The increase was aimed at addressing the “overall gross underfunding of the sector”, Zuma said, and would help to “kick-start a skills revolution towards and in pursuit of the radical socio-economic transformation programme.”

As a result of the subsidy increase, there would be no tuition fee increment for students from households earning up to R600,000 a year during the 2018 academic year, he said.

The new plan amends the “outdated” definition of poor and working class students as those coming from households with a combined annual income of up to R350,000.

The president also said that all poor students enrolled at public Technical Vocational Education and Training or TVET Colleges will be funded through grants not loans.

“NSFAS packages already allocated to existing NSFAS students in their further years of study will be converted from loans to 100 per cent grants effective immediately,” he said.

In another divergence from the Heher Commission which recommended that the existing National Student Financial Aid Scheme or NSFAS model be replaced by a new Income Contingent Loan System, Zuma announced on Saturday that all grants for students at universities and TVET colleges would continue to be managed and administered by the NSFAS.

In terms of the income-contingent loan system, students would repay their loans only after graduating and upon reaching a specified level of income. If students fail to reach the required income threshold after graduating in order to repay the loan, the government would bear the secondary liability of the loan.

Zuma said the new model would be phased in gradually “year on year in a fiscally sustainable way”.

The announcement by the president comes months after the handing over of the Heher Commission report to him at the end of August and ends ongoing speculation and lack of clarity over the way in which fees would be handled in the 2018 academic year, due to start next month.

On Thursday last week, and in the absence of guidance from government, Universities South Africa – the umbrella body for the country’s 26 public universities – announced that the majority of their members had determined that the inflationary-linked increase for 2018 will be set at 8 per cent.

In a statement, USAf said universities could not “wait perpetually” for the outcomes of the deliberations of the inter-ministerial committee appointed by the president following the Heher Commission report’s release.

Boker Saga Knives
Outdoor Sofa vs. Outdoor Sectional – …
A Guide to the Best Locations to take…
Why SEO Is The Next Big Thing in the …
Creating and Selling Digital Products