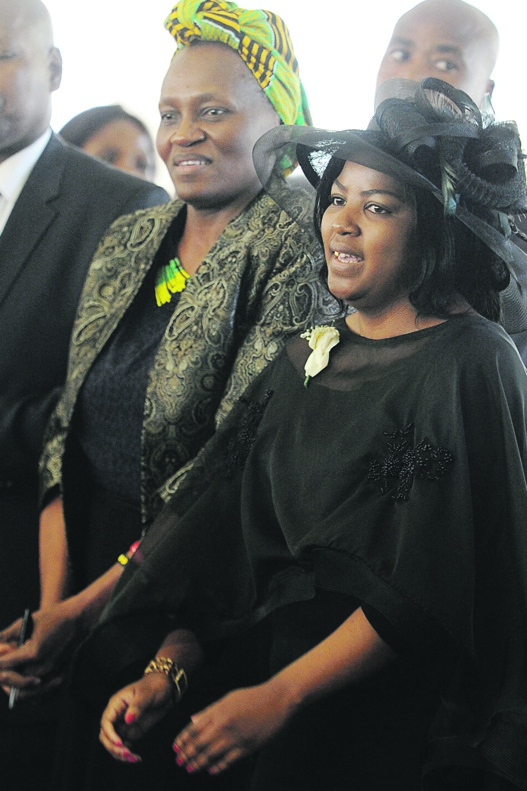 MOURNERS expecting to see a widow covered in a blanket at the funeral of Sibusiso Sithole on Saturday were left shocked.
Instead of following tradition, his Wife S’lindile danced when her husband’s favourite song was played!

The Sign of Four
7 Reasons Why You Should Hire A Femal…
Music Profile: Crissi Cochrane - Soul…
“We interrupt our regularly-scheduled…
Office Life – Preview – 2
Sibusiso (39), the municipal manager of Richmond in the KZN Midlands, was gunned down last week.
When Sibusiso’s favourite song, Mama Ka Sibongile by the Soul Brothers, was played S’lindile stood up, clapped her hands and moved a little, a big smile on her face.
The song was played after she read a letter to her late husband.
In the letter she wrote that she was hurt by her partner’s murder but would forgive his killers because that was what he would have done.
But a 45-year-old mourner said: “When a woman is mourning the death of her husband, she should not dance.
“It’s as if she’s happy that her husband is dead.”
Another mourner (38) said S’lindile had done what would have made her husband happy.
About 5 000 mourners, including government officials, filled a tent at Richmond Primary School to pay their last respects.
Sibusiso’s brother Mpumelelo (49) said: “My brother was a hard-working man who didn’t deserve to be killed in such a terrible way.”
Speaking at the funeral, Minister Nathi Nhleko assured the family that police would find the culprits.