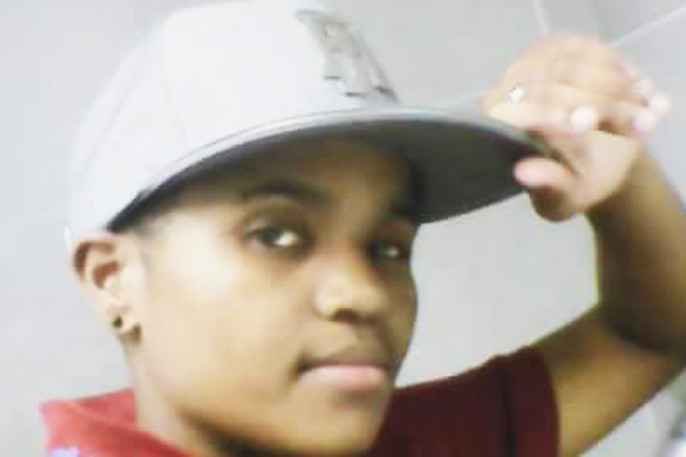 IN THE latest suspected hate crime, a Lesbian was assaulted on Friday then abducted from her home in Driftsands near Khayelitsha on Saturday night and shot dead.
Noluvo Swelindawo’s body was discovered with a gunshot wound near the N2 highway yesterday morning.

Attracting Healthcare Talent in the P…
Why Furries Make Excellent Hackers
Teen Depression: Essential Signs & Ho…
18+ Adult Movies Of All Time To Fulfi…
7 Reasons Why You Should Hire A Femal…
The 22-year-old had suffered a swollen eye after she was assaulted by a young man from her area on Friday, according to her family. She had not disclosed why she had been assaulted.
Her partner, Nqabisa Mkatali, alerted the neighbours to Saturday's incident when the windows to her house were shattered and the door kicked open.
Her relatives and neighbours said Swelindawo had been abducted by suspects who broke into her shack.
Her family searched for her through the night.
Her relatives claim the attack was because of her Sexual Orientation, while Gender rights groups have reacted with outrage to the incident and called for the speeding up of the Hate Crimes Bill.
Lizo Nondaka, Swelindawo’s neighbour, said they had been woken yesterday by Mkatali’s knock on the door as she shouted for help. “Her (Swelindawo’s) girlfriend knocked on our house, telling us that Vovo (nickname) had been kidnapped.
"We searched for her around this area, but could not find her,” he said.
Neighbours and friends gathered outside Swelindawo’s home last night while police conducted their investigation.
Nondaka said they had searched until they had been told of the discovery of her body along the footbridge leading to Khayelitsha.
“This child used to be with us and she did not have a problem with anyone. She was loved in this community.
"I cannot recall anyone from this community saying they had a problem with Vovo,” he said.
“The last time I saw her was Saturday morning and I asked her what happened to her eye because it looked bad. She did not want to talk about it but said she had been beaten by someone.
“When I left yesterday (Saturday), she was sleeping and when I came back there were several people here, including the neighbours. I was informed that she was taken away by people and no one knew where she was taken,” Nondaka said.
More than 55 percent of lesbian, gay, bisexual and transgender (LGBT) South Africans fear they will experience discrimination due to their sexual orientation or gender identity, according to a report released by Love Not Hate Campaign.
The study says 44 percent of those surveyed said that in the past two years, they had experienced discrimination in their everyday lives due to their LGBT status.
Swelindlela’s murder took place at a time when a same-sex couple, Nokuthula and Nonkululeko Mbatha, from Durban said they were in hiding after members of their community chased them from the area because they're gay.
Meanwhile, the case against a man charged with the murder of lesbian police clerk Nosisa Sonjani in Khayelitsha has been postponed to next year.
The 47-year-old’s decomposing body was found in her home at the SAPS Faure base in Kleinvlei in May.
She had been stabbed and strangled with an electrical cord from a toaster.
Sonke Gender Justice executive director Dean Peacock said: “The time to act is now. This happens as the country marks the 16 Days of Activism of No Violence Against Women and Children. The tragic reality is that incidents of hate crime are becoming common.”
Free Gender Khayelitsha founder Funeka Soldaat has called on communities to unite and prioritise hate crimes.
“The way our communities react when such crimes are committed is a concern. What is most painful about this is the fact that it seems there is no outrage. It seems like it’s normal. But if this was a straight woman, the reaction would have been different,” she said.
Police spokesperson Noloyiso Rwexana said no one has been arrested in connection with the murder.
Anyone with information can Contact Crime Stop on 08600 10111, or anonymously send an SMS to Crime Stop on 32211.


This post first appeared on The Edge Search, please read the originial post: here
People also like
Attracting Healthcare Talent in the Post COVID Market
Why Furries Make Excellent Hackers
Teen Depression: Essential Signs & How Parents Can Help
18+ Adult Movies Of All Time To Fulfill All Your Sexual Fantasies| Lolita, Exotica and More
7 Reasons Why You Should Hire A Female Divorce Attorney
Poussette double evolutwin
“The Friend Who May Not Seem a Friend”: The Cat and the Fire, Part 1 of 3
A-Reece – The 5 Year Plan ft. Wordz