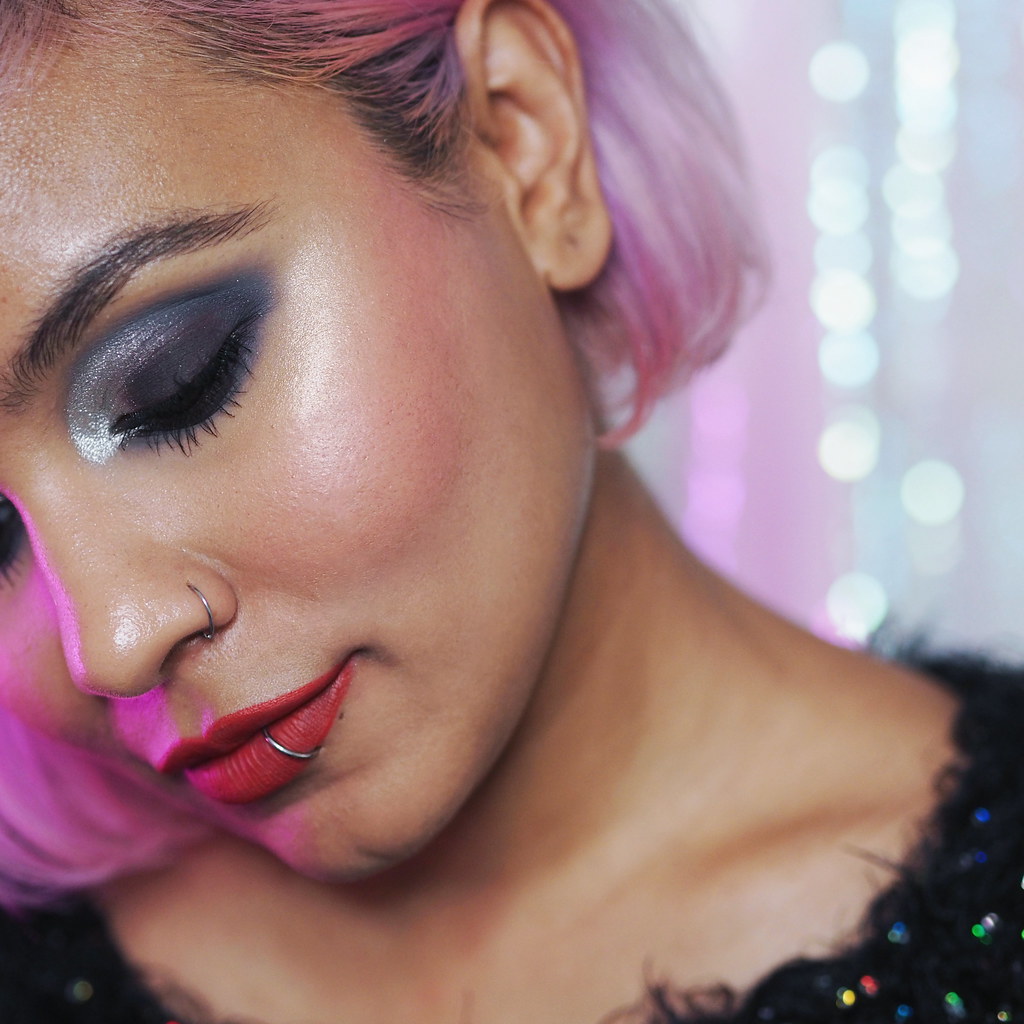 Lime Crime are seemingly never too far away from controversy. But whether you love them, or you hate them, it's pretty hard to deny that in this oversaturated makeup market, they at least offer something a little different from the norm.

Their Venus Palettes in particular, have been incredibly popular, and for good reason too. The shadows are butter soft, whilst the pigmentation is just unbelievable. I actually own most of the Venus palettes, and now that I think about it, I'm a little surprised that I've never reviewed any of them before.
But LookFantastic recently got in touch to ask if I'd like to give the latest incarnation of the Venus palettes a try - Immortalis - and now I can finally put that right. As the name might suggest, it's a pretty dark, cool-toned gothic palette, which is definitely a little different to what I'd go for. Typically, I'm all over anything that's brighter and bolder, but there are times where I enjoy gothing it up, so I figured this palette may help me achieve that. 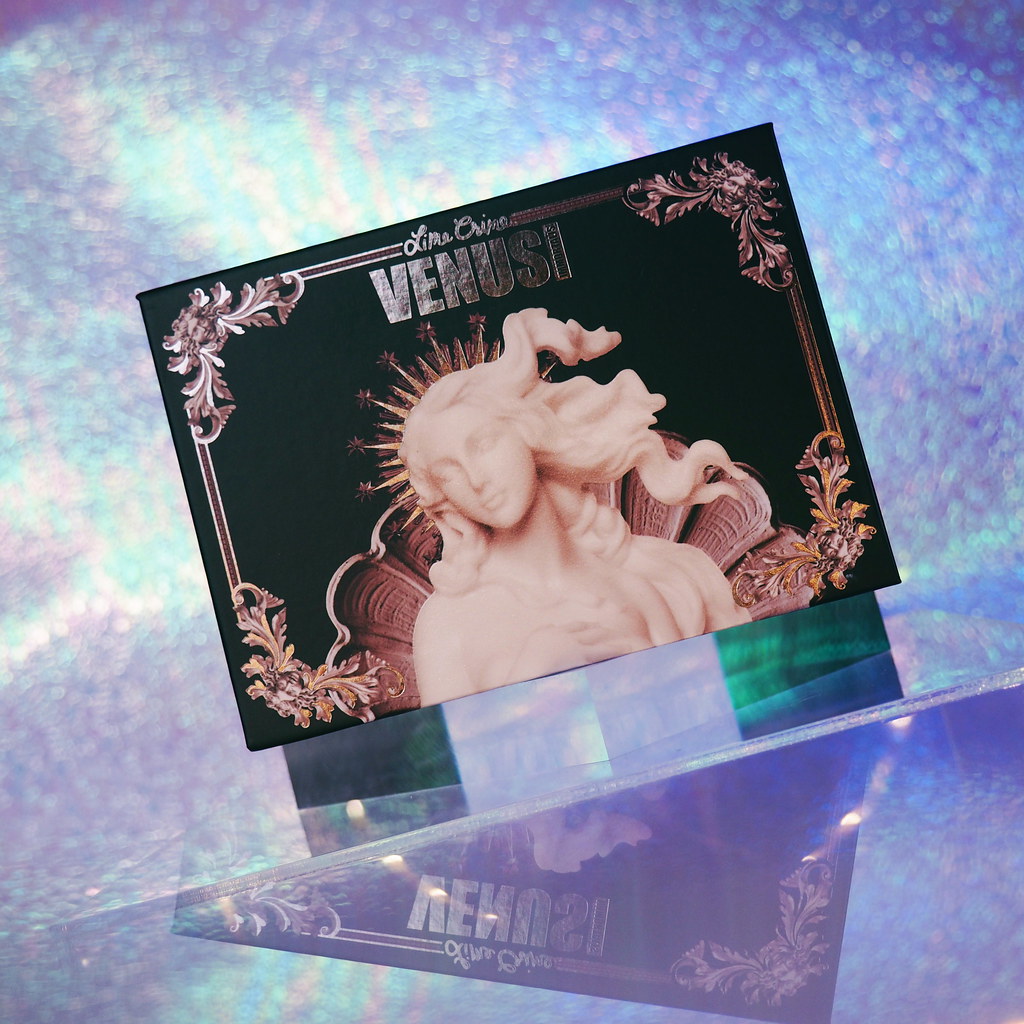 The packaging is in the same vein as the other Venus palettes, but of course, is a little darker themed to reflect the contents inside. As always though, there is a nice mirror on the inside of the lid. The palette contains eight eyeshadows, that are a mixture of mattes, shimmers and foils, giving you the ability to mix up the textures around the eye.
The shades are as follows: 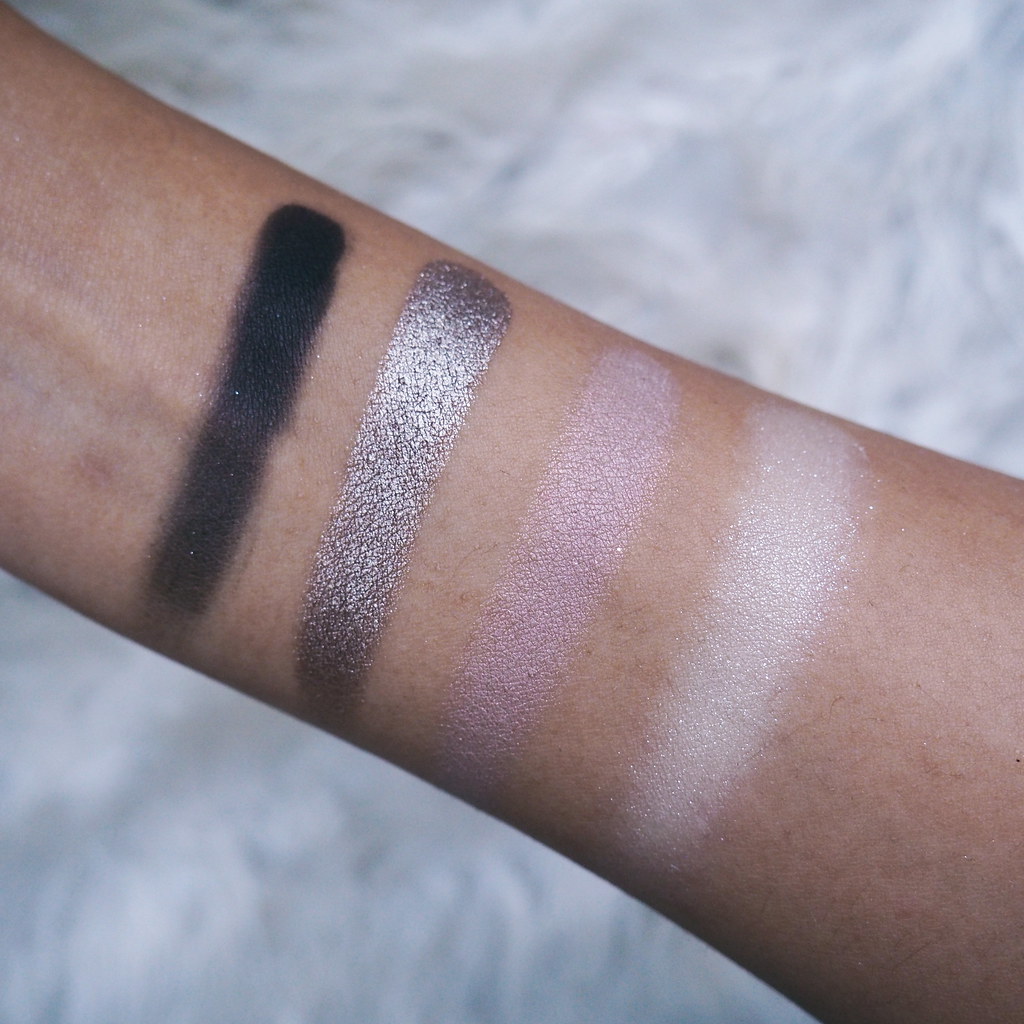 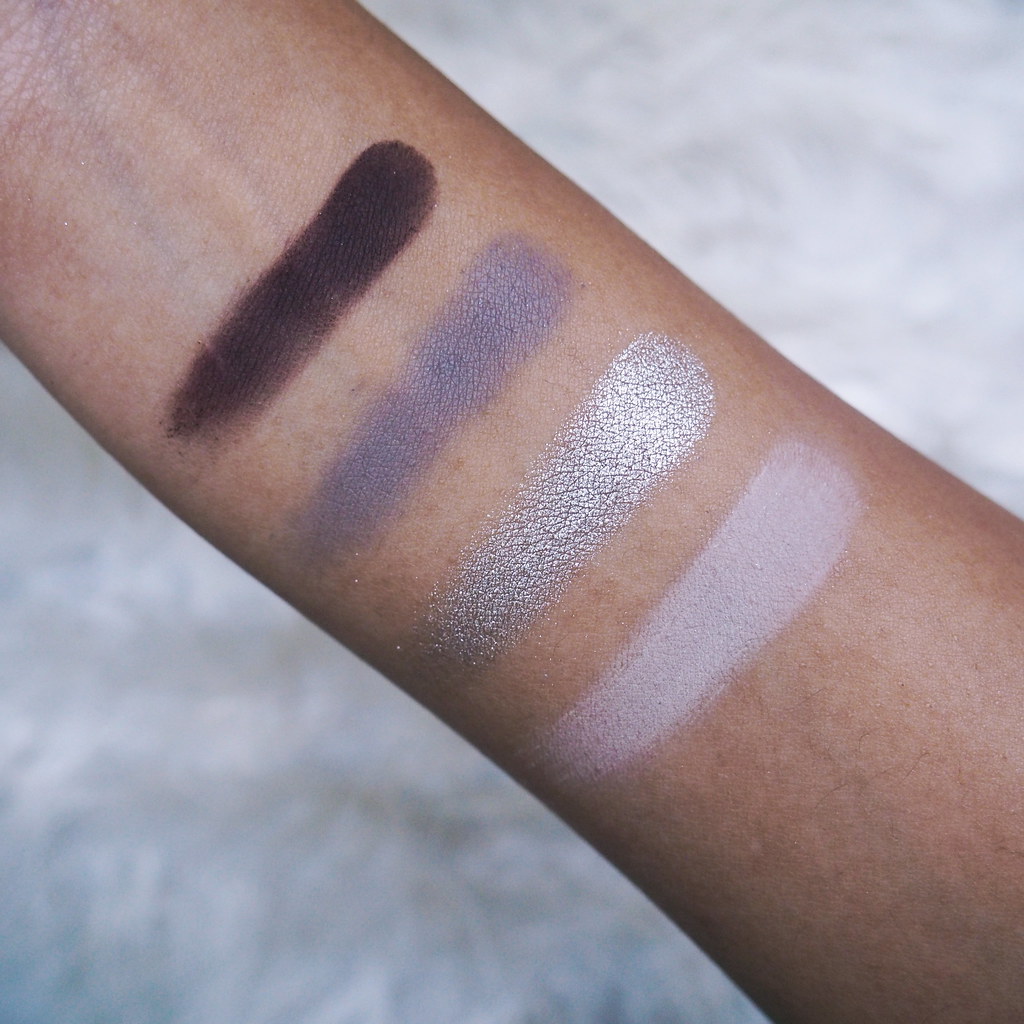 Left to right: Unveil (matte), Ash (matte), Hail (foil), Cameo (matte)
I'm gonna be honest though, upon first glance, I was a little underwhelmed. Whilst the colours do look pretty, I already own similar shades either in various other palettes or through singles, so nothing really jumped out at me, except perhaps Ash, as this was the one shade that differed from my current collection. Even then, I wasn't entirely convinced that this grey shade would even show up on my skin without packing it on heavy. 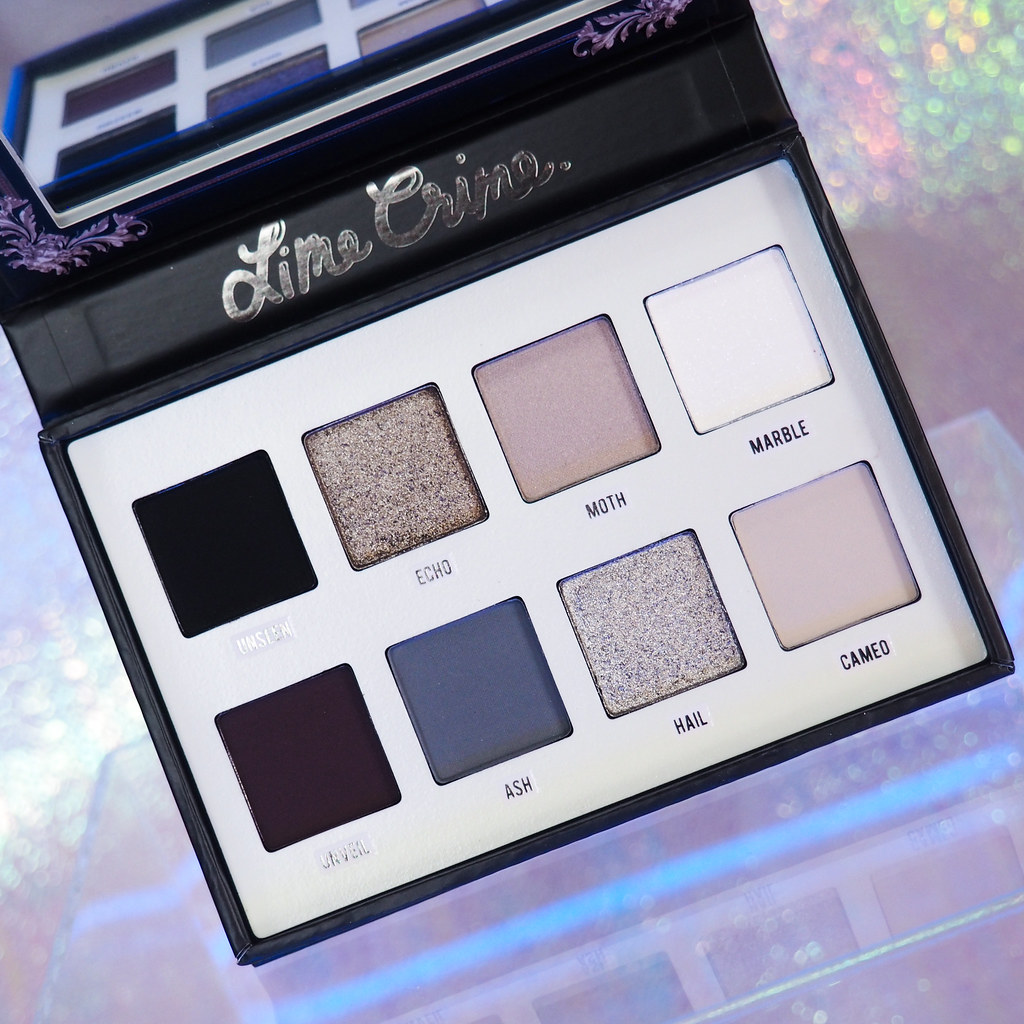 Oh, how wrong I was! I used it on the crease to blend the edges of Unveil, which I applied to my entire lid, and was pleasantly surprised by the result. For the inner corner, I thought I'd roll with one of the foils, so mixed Hail with a tiny little bit of Inglot's Duraline, to create a liquid foil, and applied it with a pencil brush. I found that this combination applied ridiculously smoothly, and allowed for precision application. 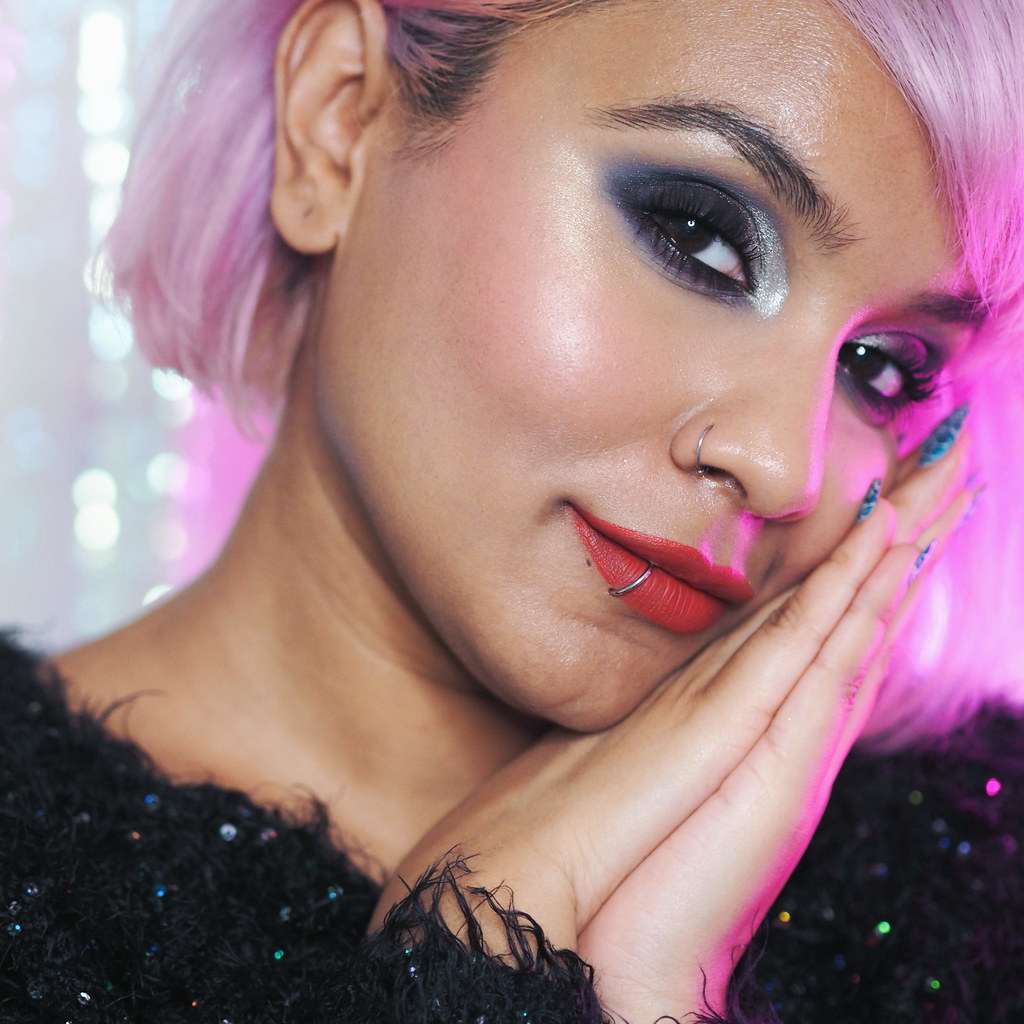 Ultimately, the palette turned out pretty much how I expected: buttery smooth and pigmented af. I like that there's a nice blend of foils, shimmers and mattes, but I do not like Unveil. I was really, really disappointed, as I'd seen some swatches online, and expected it to be a deep burgundy shade, but in my experience, it just turned out to be a dark, blackish brown with the tiniest hint of that burgundy. 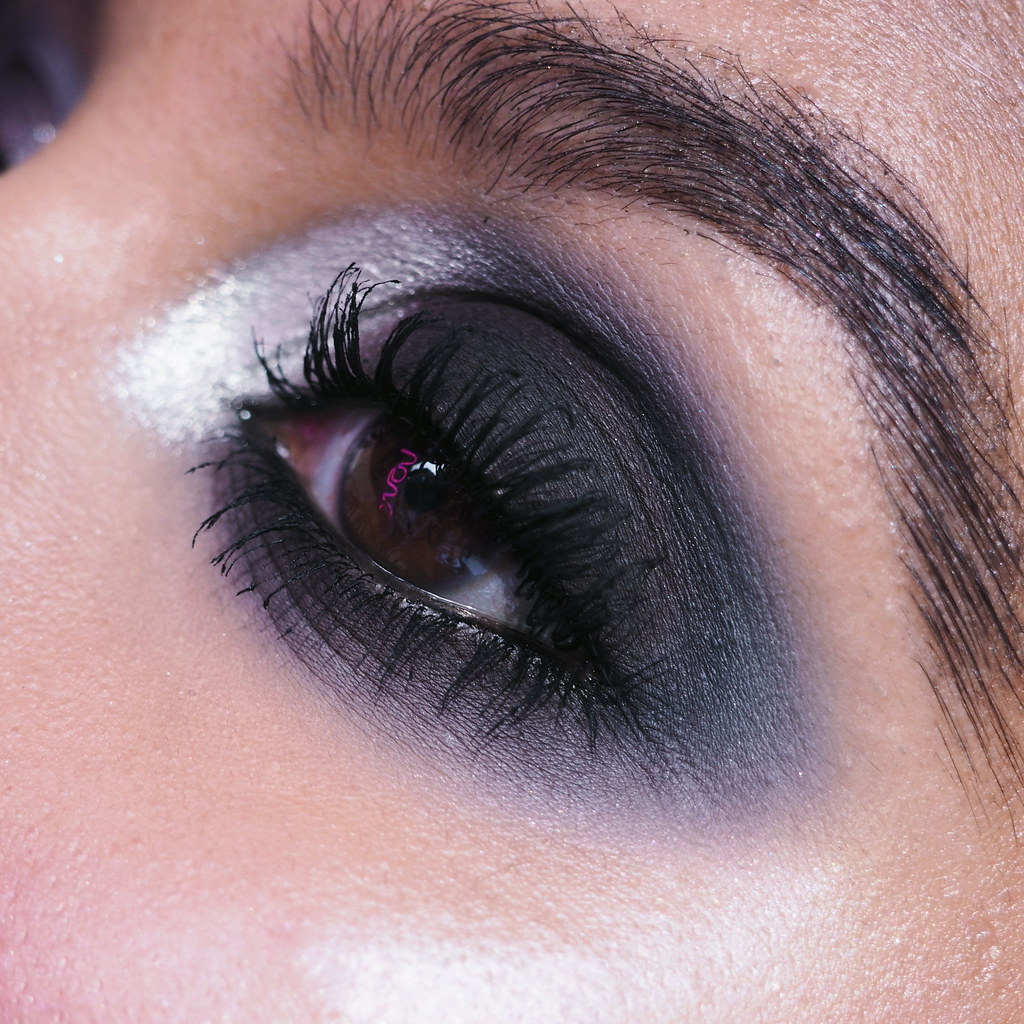 Would I repurchase? Personally, probably not, as I already own so many similar shades, and I only tend to buy makeup that genuinely excites me or offers something new. So whilst the formula is pretty much perfection, the tones just aren't my thing. If you like the look of the swatches above though, then go for it, with Lime Crime you know the quality is going to be worth it.
If the Immortalis palette is your thing, you can purchase it from Lookfantastic here with 20% discount, just use the code LIMA (non-affiliated link!)