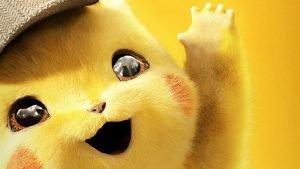 The Pokémon Go event will begin May 7, 2019, giving diehard fans some time to catch the Detective Pikachu movie in theatres, prior to the Pokémon Go, crossover promotion. As the event is slightly more involved than previous Pokémon Go events, Niantic has kindly released a trailer, outlining what fans should expect, once the event goes live. Essentially, once the event begins, players should be on the lookout for the titular, Detective Pikachu, who has a chance to photobomb player encounters, with other Pokémon. Upon interacting with Pikachu, players will have the opportunity to catch the special critter, similarly to the various other Pikachu with hats, that have been available during prior events.

In addition to being able to catch your very own Detective Pikachu, players should also expect an increase in encounters for the following Pokémon (Pokémen?): Charizard, Cubone, Psyduck and Flareon, Pokémon whom all appear prominently in the feature film. Finally, other cosmetic items will be available during the event, including a Pikachu hat for the player and clothing that feature key art from the film.

Paramount’s Detective Pikachu premiered May 3, 2019. The Pokémon Go event will begin tomorrow, May 7, 2019, for a limited time. Readers wanting, even more, Detective Pikachu, can check out the 3DS game, which released last March, roughly following the same plot as the Ryan Reynold’s movie. Pokémon Go is available for free, on both on Google Play and the iOS App Store.