February 2002. As the cab drives through the narrow, winding roads of Shimla, to Springfields Hotel, it removes us from the hustle-bustle of the city and drifts one into a relatively peaceful realm. It is so easy to get lost as the place opens up and takes one in the warmth of its embrace.

Imposing hills climbing high to kiss the sky, even as blankets of dense, white clouds swim in its vast emptiness. The sun is trying to break through the grey, morning mist from behind the hills.

And yet it's not easy to get lost. The world, its smell, touches seep into the atmosphere as the city gets ready to wake up to the call of the day. The cold breeze brushes one's heart, birds chirp and kids queue in for schools.

The cab screeches to a halt at the threshold of the hotel, situated at the outskirt of the city.

I looked out of the window of my car confused as the hotel looks more like a residence. There is no sign of a hotel. No one at the gate. On the other side, there is a cemented path, either side of which is green pastures, leading to a two-storeyed house.

Even before the apprehensions could sink in, a gentleman miraculously surfaces at the gate and greets us, ending all our anxieties. After I was through with the formalities, he escorts us to our room.

My mother and I breathe relief after an overnight journey and confine ourselves to comfort of the room. We stand awe-struck, wondering at the aesthetics of the interiors.

The decors, mainly inherited from the Raja, who used to own the property, and quite a few of them are purchased from various art galleries and antique dealers across the country, bring in traditional and royal touch yet not forgetting the modern aspect.

The paintings, again picked up from various imperial sources, hanging on the wall, create an ambiance of a home.

Not just the interiors, even the exteriors manifest everything that connects to a home. Leave aside the treatment and services of the host, and it's difficult to know that one is actually in a hotel, even as one visits one room after the other.

As we look out of one after another window of different rooms, we sink into the rare treasure of nature, abound by green hills and snow-clad mountain ranges.

To add to the entire experience, the fireplace was lit up. We had a panoramic view of the mountain ranges with our feet firmly resting on the wooden floor. However, all the rooms don't give the same, intoxicating spectacle. 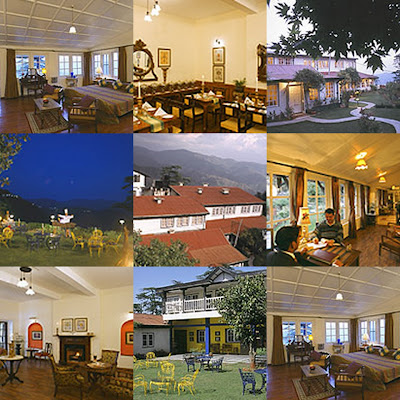 The whole retreat takes us down memory lane to a bygone era but not without modern amenities of luxury that any other would provide.

The history of the property can be traced back to the nineteenth century. It used to be a residence of a Muslim aristocrat Mohammad Yahya Khan, who built it as his summer refuge. During the time of the partition, he left for Pakistan.

Raja Dhyan Singh of Sheikhupura, a large erstwhile estate near Lahore, bought it from Yahya Khan for his Himachali queen Chandragupta, his second wife, who needed an escape from the sweltering heat of Lahore.

Later in the year 1987, the prince converted the palace into a heritage hotel. He ran it for five years and then Usha Lexus Hotels and Resorts brought the property in 1992 on a 40-year lease. And since then it is under its care.

As per an official of the hotel three million rupees was spent for the renovation of the hotel.

The balcony offers a breathtaking view of the mountain ranges. We were informed that one could also see the Choor Chandani Range which remains covered with ice even during summers. The tariff starts from Rs 3,000 and goes up to Rs 4,600, which is for the family suite.

The hotel takes pride in the fact that some of the famous movies are being shot here. In 1997, Kareeb team stayed in the hotel for over a month. In Chori Chori, the hotel was shown as the house of the film's protagonist Ajay Devgan. 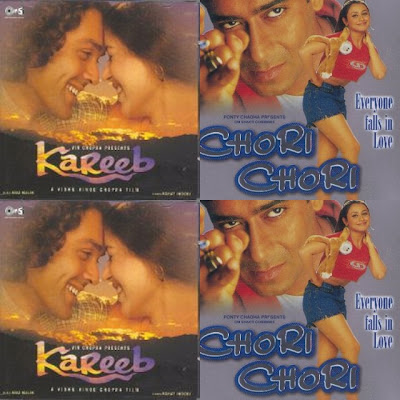 The hotel has one restaurant exclusively for its occupants. And according to the need of the client, the restaurant can be converted into a discotheque. It also has a lounge and offers various indoor games.

And to please our taste buds, the menu boasts of a variety. It offers something as simple as khichdi and munghi ka dal, to a wide array of continental dishes. And to top it, tandoori barbeque and non-vegetarian Indian stuff.

And to wind up our trip, we choose the Toy Train. As the train whizzes on the century-old track, through hill after hill, through tunnels at times, the magnificence of nature freezes in front of the eyes.

Today, years later, as I sit back to write about it, Springfields may have been converted into a boutique hotel, giving a distinct theme and character to each room, memories of the trip come rushing back. Something lives on.

(The writer is journalist based in Ahmedabad)