Netflix’s Raat Akeli Hai Review: A Reminder of How Vile Men Can Be

Raat Akeli Hai is a Hindi-language crime/thriller/drama film directed by Honey Trehan and starring Nawazuddin Siddiqui, Radhika Apte, Shweta Tripathi, Tigmanshu Dhulia, Shivani Raghuvanshi and others. The movie directed released to Netflix, skipping the theatres, due to the onset of the coronavirus pandemic.

Raat Akeli Hai starts off with a murder. A truck runs a car over and its driver murders the two passengers, and disposes of the bodies. The starting sequence, with its dark and brooding undertones, sets the tone for the rest of the movie.

This is a classic whodunit film. Imagine Knives Out, but around a hundred times more f-ed up. Five years after the murder, we meet Inspector Jatil Yadav, who’s called to a sprawling mansion figure out who murdered Raghubeer Singh, the head patriarch of a large family in Kanpur. It was the night of his wedding, and immediately you are thrown into the depths of a family where no one is likeable. 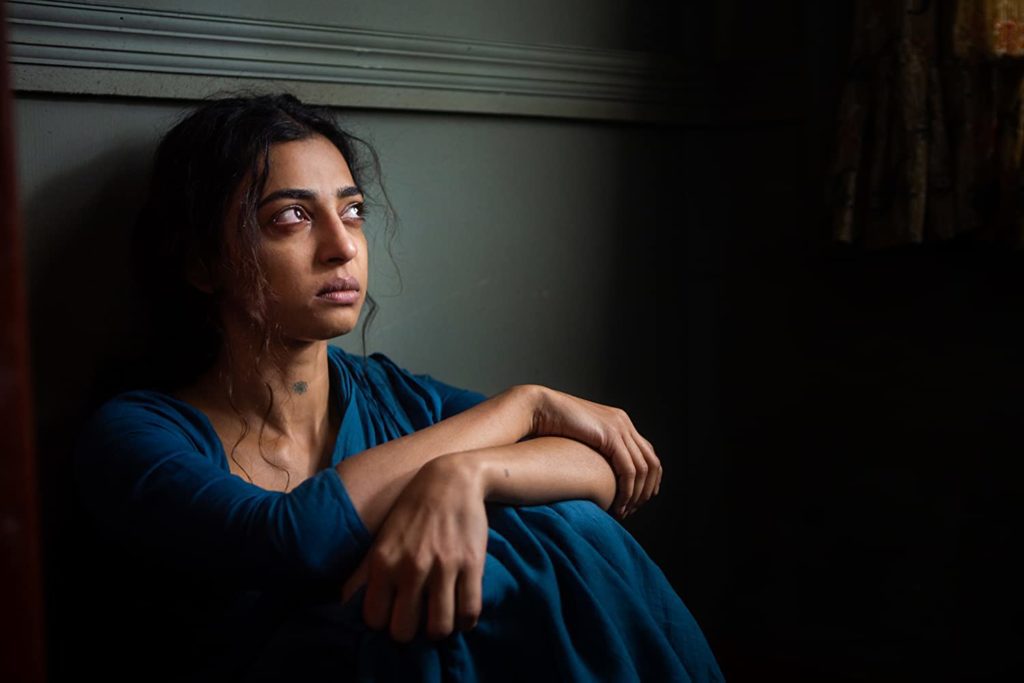 The newly-wedded wife Radha was Raghubeer’s mistress, and thus no one likes her. It isn’t long before everyone starts pointing fingers at her. Things take a messier turn when the local politician also butts into the investigation. However, when the mystery starts to unravel at the end of the movie, it successfully blows your mind.

Throughout Raat Akeli Hai, you get the sense that not one person in this movie is in the clear. Everyone has a terrible secret and are guilty of some form of misconduct or another. It’s a mess of a situation. Not for one moment will it escape your notice that this is, indeed, India and patriarchy is still very much prevalent here. Be it the stigma around dark complexion, the expectation of a decent wife and in general the status of women in the country. I mean, Jatil uses Fair and Lovely to “lighten up” his dark complexion, it doesn’t get more relatable than this.

The entire family’s hate towards Radha is so palpable that after a while you start to feel bad for her. She doesn’t have anywhere to go, she’s forced to marry someone who abuses her, and her lover doesn’t have what it takes to take her away. There’s also the huge dispute with the property that Raghubeer leaves behind.

However, all of that goes out the window when it is finally revealed, after many twists and turns, who killed Raghubeer and why. It’s a moment of sheer brilliance, because you will never, in a million years, see it coming. You finally get to see the extent of corruption and the victim’s twisted and sick mentality. You feel bad for the murderer and wish they had done it sooner. 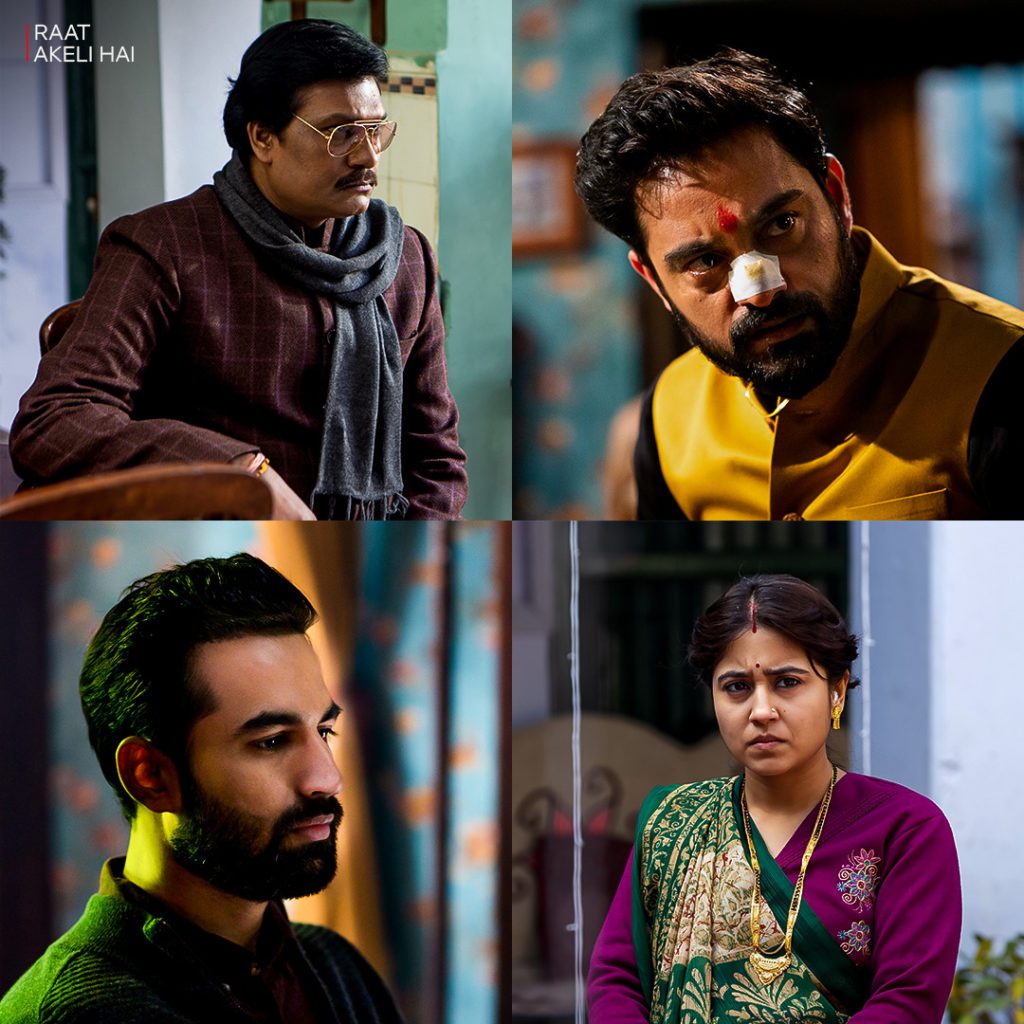 All of these mind-boggling things are sewn together by Nawazuddin Siddiqui and Radhika Apte’s brilliant acting. There is not a moment that feels dull or lifeless when they are on-screen. It’s wonderful to watch Jatil figure out what happened, and Radha try to save herself from sure death. Siddiqui’s brilliant acting will make sure that you’re glued to your screens – every emotion, the confusion, hurt, anger – everything’s visible clearly in his eyes. Apte, on the other hand, is brilliant and shining as Radha, who has gone through too much injustice in her life. However, inspite of all the injustices, she’s still as resilient as ever, and will not give up without a fight.

Everyone else is also great – Shweta Tripathi and Shivani Raghuvanshi especially. They’re all a part of a failed patriarchal system where no one is safe and everyone’s under tremendous pressure. You feel for their characters. They’re relatable, and their acting is great. Also, shout out to Ila Arun for being the funny link in the movie as Jatil’s mother. 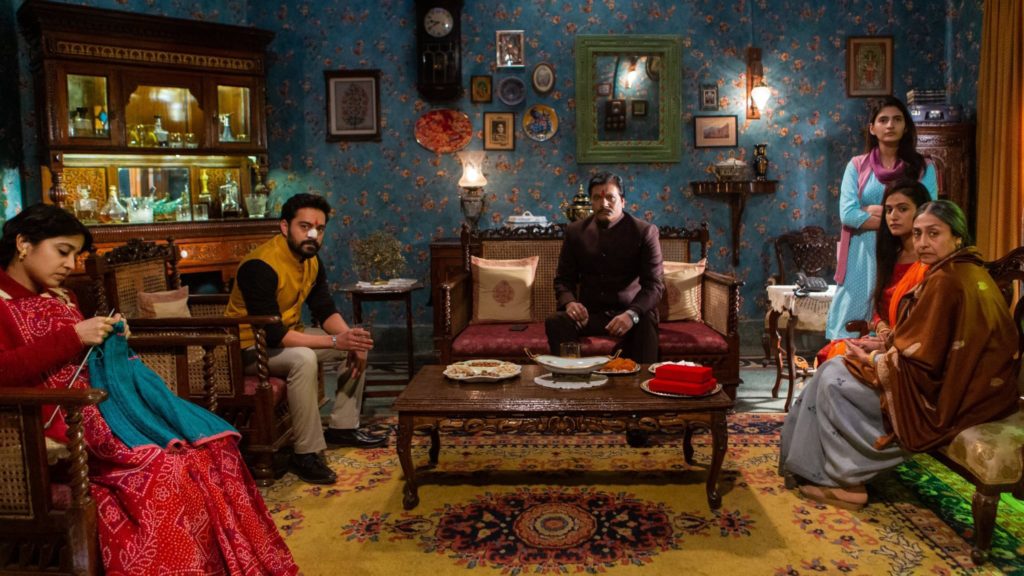 The title, apart from pointing towards the obvious night time carnage, also points towards the darkness that lives within people. It’s a harsh look at people and the vile things they are capable of. It’s heartbreaking, infuriating, and nail-biting all at the same time.

Special mention to the banter between Jatil and his mother and her trying to make him get married. It’s a funny moment in between this madness, with his mother even agreeing for a ‘manglik’ girl, having given up all hope to see her son married.

The movie has enough suspense to keep you on your toes, and it only builds to give you a very satisfying ending. At two-and-a-half hours, that’s more than great.

Netflix’s Raat Akeli Hai Review: A Reminder of How Vile Men Can Be