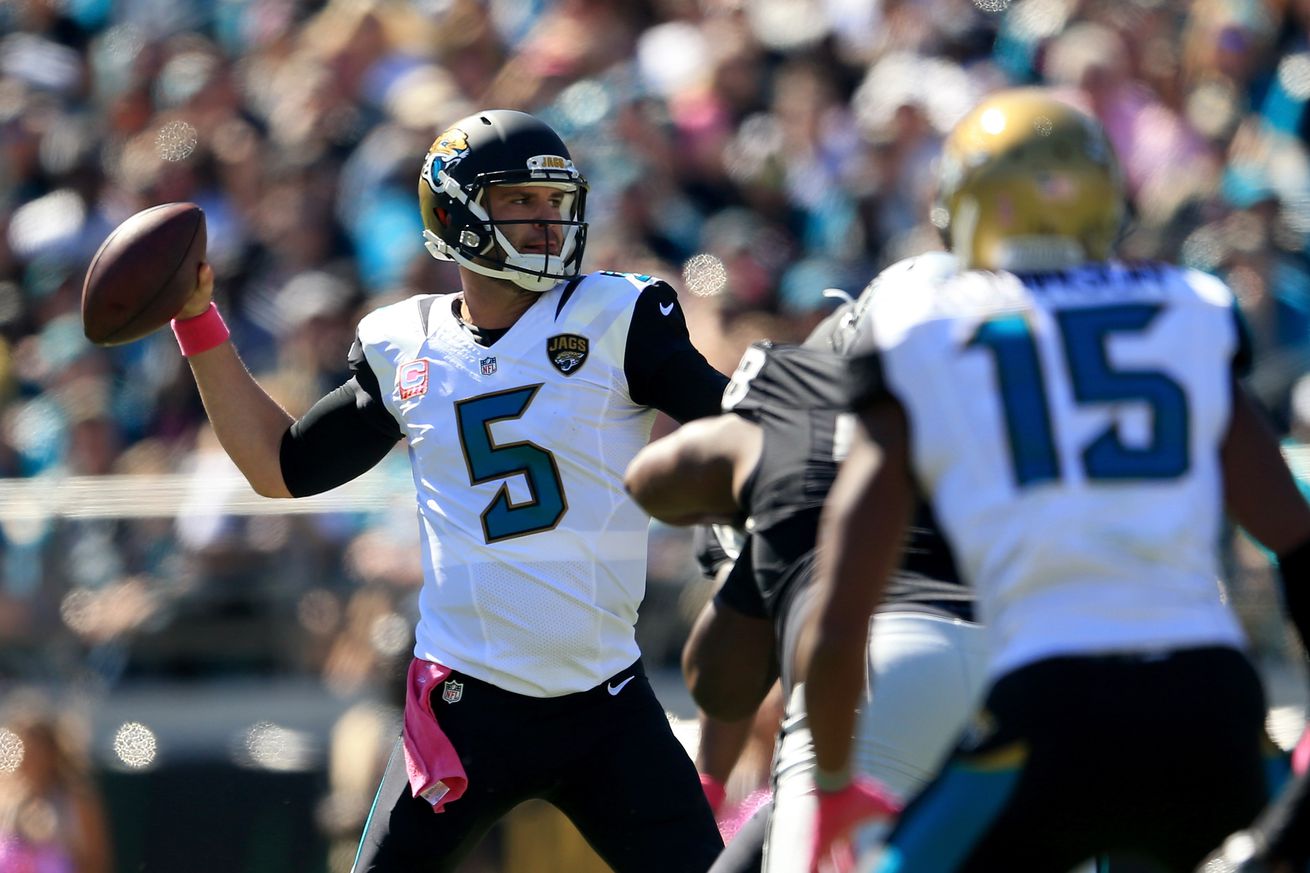 Everyone can see the issues with Blake Bortles throwing motion and mechanics, a big part of the reason for his struggles so far in the 2016 season. Recently, Bortles told the media that he was flying in a personal quarterback coach to help him work on it during the season, which led many people to wonder why he didn’t work as hard as he did on it last summer.

How to Develop an Educational App?
Wealthy Affiliate Scam or Not
On Death and Subculture
West Runton Camping & Caravanning Clu…
Achyuth Reddy – Setting A Sustainable…

Contrary to popular belief, it sounds like Bortles did work on the issue, just not as intensely as before, and noticed issues with it all the way back in Training Camp.

Albert Breer of MMQB wrote about it today, saying:

“One big reason that Blake Bortles broke out in 2015 was a relentless effort from the end of his rookie year to the start of his second year to fix his quirky throwing mechanics. One big reason for his regression this year is that those fixes have begun to vanish on him. Early in training camp, Bortles quickly recognized his bad habits had resurfaced, something he conceded to those close to him may have come because he wasn’t as intensely focused on them as he had been the year before. (“I can’t believe I’m throwing that way again,” he’d say.) An effort to fix it on the fly led to fatigue, and Bortles hasn’t been able to get in front of the problem. So a couple weeks ago, I’m told, Bortles started a routine of working on mechanics in front of a mirror for an hour each Monday. Additionally, as he explained to the media this week, he flew his mechanics coach Adam Dedeaux (who works for Tom House, and helped Bortles rework his motion in 2015) to Florida for a couple days of work.”

It’s interesting that Bortles noticed this so early in the season and the coaching staff didn’t seem to or didn’t seem to think it was a big deal. To their defense, Bortles looked excellent in the preseason for the most part, so it appeared as if he was going to end up building off his 2015 season, but as we all know he’s nowhere close to that level of play.

It’s good to see that Bortles was focusing on it prior to bringing in Dedeaux, which is something many fans and media wondered, why wait until it’s boiled over mid-season, but it’s an issue that’s going to require constant focus and work.

Unfortunately, there’s not a whole lot you can do in-season to correct it to a noticeable degree, and that’s just one of the problems plaguing the Jaguars.