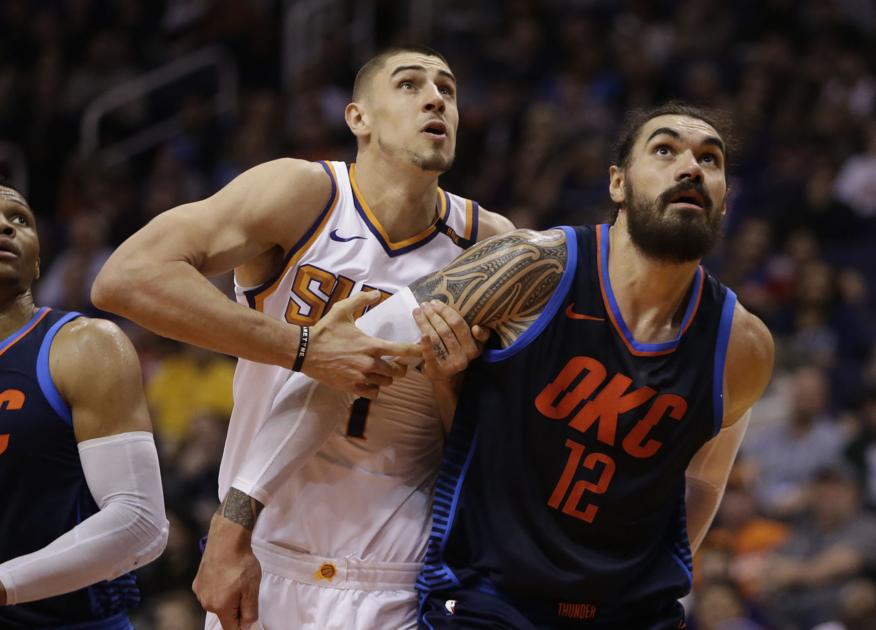 OKLAHOMA CITY — Steven Adams has learned the history of Martin Luther King, Jr. on a different timeline than the average American.

• Something different: George does not believe 2018’s Martin Luther King Day is more significant than any previous one just because of the current political climate.

This year’s Martin Luther King Day, comes on the tails of President Donald Trump using an expletive to refer to certain countries while discussing immigration, according to multiple reports.

Adams, who veers toward outlandish modesty, credited his physicality with a love for jiu-jitsu, a Brazilian martial art, which he says he isn’t actually allowed to practice because the chances of injury are too high.