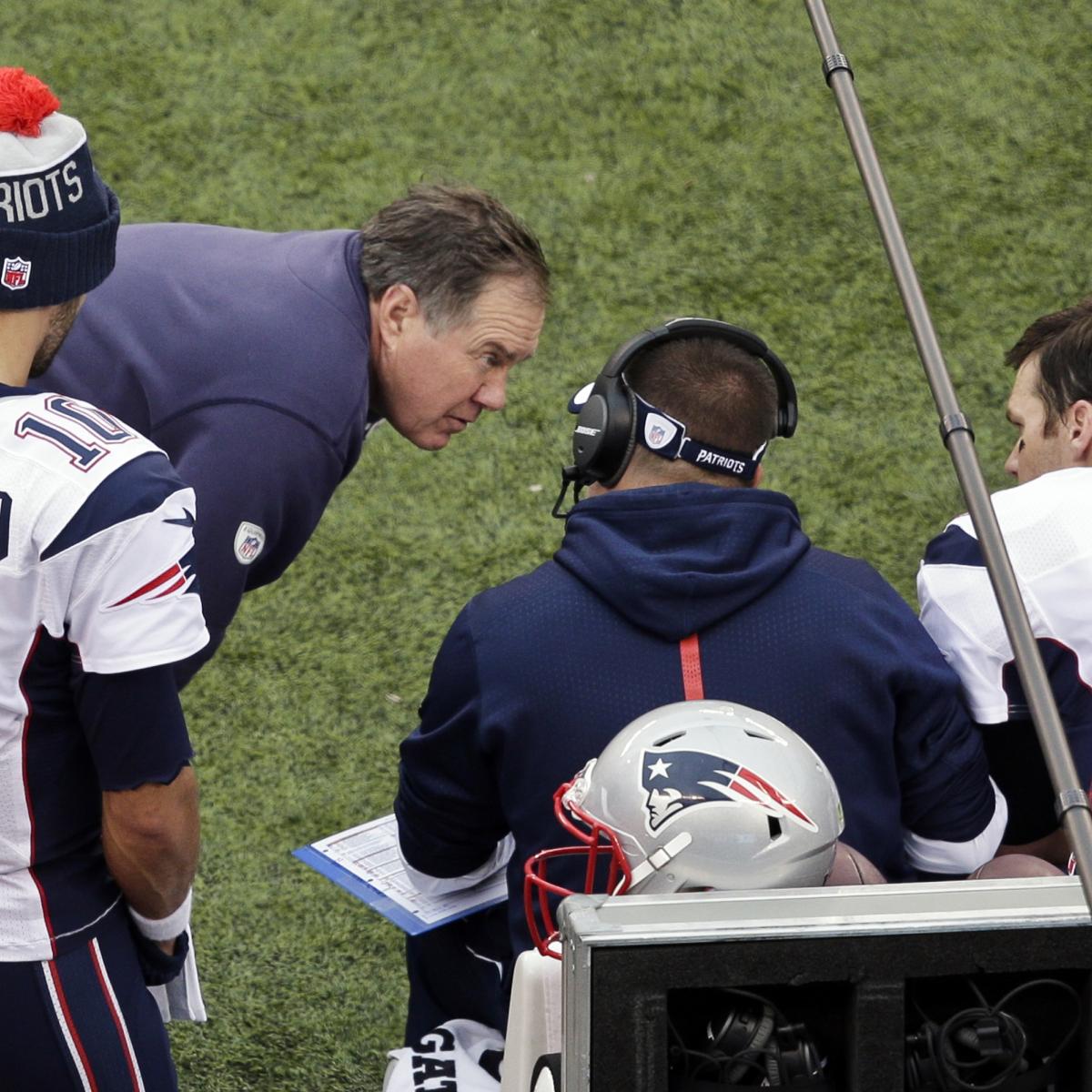 "The team could, in theory, look at a 41-year-old Brady and his $22 million cap hit and decide if it made sense to transition to Garoppolo," Wickersham wrote.

However, the article explained Brady has "grown to the point that he was considered management" following New England's most recent Super Bowl title and met with Kraft a number of times in October to discuss continuing his career.

Despite the tension, Wickersham explained Belichick "has taken a longer view" by setting up interviews for his assistants, mending a relationship with the Colts because of the Brissett trade, becoming friends with NFL Commissioner Roger Goodell and even taking "pride" in Garoppolo's quick start in San Francisco.

The 13-3 Patriots are looking for their sixth Super Bowl title with Brady under center, but the long-term sustainability of the dynasty may be teetering somewhat without an established backup plan behind No.