Today The Period For Annexation Begins 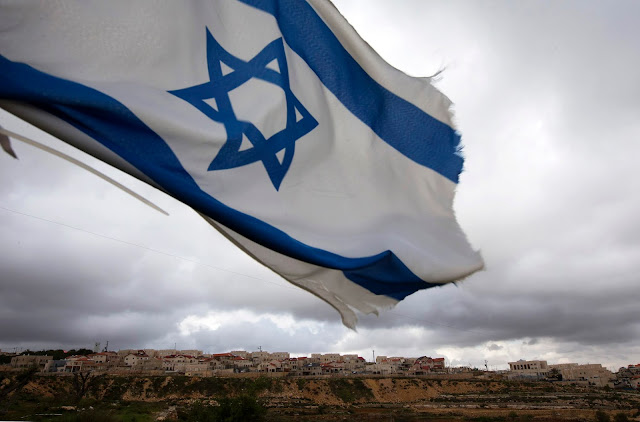 Today, July 1st, is the first day that legislation can be introduced in the Knesset to implement Israel's portion of the Deal of the Century, namely, annexation of up to 30% of the region of Judea and Samaria (what the world calls the “West Bank”).

According to the coalition agreement, @netanyahu can bring sovereignty to a vote in the #Knesset or the cabinet beginning July 1 even if @gantzbe does not agree to it.https://t.co/aRimZS4Z1x
— The Jerusalem Post (@Jerusalem_Post) June 30, 2020

Behind the scenes a team of American and Israeli diplomats have been finalizing a map of what will be a future Palestinian state—a country in the land of Israel that isn't Israel.  This is quite likely the division of the land foretold by the prophet Joel:

For behold, in those days, and in that time, || When I turn back [to] the captivity of Judah and Jerusalem, || Then I have gathered all the nations, || And caused them to go down to the Valley of Jehoshaphat, || And I have been in judgment with them there, || Concerning My people and My inheritance—Israel, || Whom they scattered among nations, || And My land they have apportioned. (Jl. 3:1–2, LSV)

Make no mistake about it, although the United States has spearheaded this particular push, all the nations of the world have been onboard with dividing the land.  The U.S. plan is actually more advantageous to Israel than what European, Arab, and other nations have proposed (at least superficially), but nevertheless, dividing the land is dividing the land.  While this New Jersey-sized parcel of land may seem insignificant in the world's eyes, it is eternally precious to the Creator.  It was on this land that the Creator died for His creatures and it's from this land that the Creator will rule all nations.

How a nation handles the everlasting land covenant made with Abraham, Isaac, and Jacob will decide that nation's fate.  As all nations have objected to God's covenant and have insisted on breaking that covenant by not regarding the literal nature of the biblical prophecies pertaining to Israel, so all nations will be brought into judgment.

To add to the building anticipation of what will soon transpire, a new conceptual map has leaked showing significant alterations to the one presented in the original Deal of the Century unveiling.  The map below presents an attempt to make the Israeli and “Palestinian” lands more contiguous.  The areas colored green would become part of Israel and the areas colored yellow would be added to the red area to form a Palestinian state.

With GiftstoIndia24x7.com, this Raksh…
How to Set a Deadline and Achieve You…
The Neighborhood Bar that Grew Three …
How Carpet Dealers Open Doors
Online Brokerage Firm’s Suggestion on…
— כאן חדשות (@kann_news) June 30, 2020

Today isn't the end of the story, but it's the end of this multi-year period of uncertainty around the peace plan.  Israel is moving ahead now and it's only a matter of time.  Based on what has already transpired this year, I can only imagine what the next few weeks will hold for Israel, for the U.S., and for the world.

Today The Period For Annexation Begins