Why construction of Katsina refinery stalled 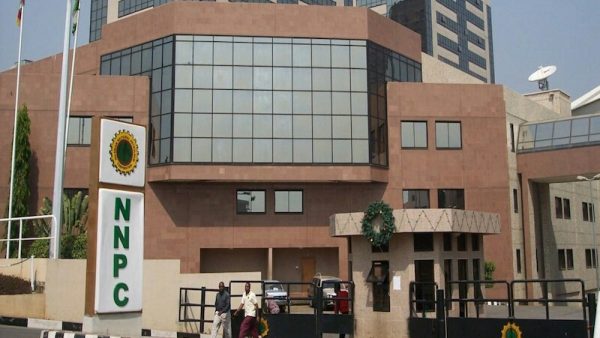 The proposed construction of a new refinery in Katsina state has failed to take off one year after agreement for the project was reached between Nigeria and Republic of Niger, Daily Trust reports.

Officials familiar with the project said it has not kicked off because the Nigerian government was yet to secure the commitment of China’s state oil firm the China National Petroleum Corporation (CNPC) to supply its crude share in the Agadem oil field to the proposed refinery in Katsina, Nigeria.
In February last year, Nigeria’s ministry of petroleum resources announced that a mutually beneficial agreement was reached for the construction of a Refinery in Mashi, the border town between the Republic of Niger and Katsina State, Nigeria, and a Crude oil pipeline from the Republic of Niger to the new refinery.

Later in July, the minister and his Nigerien counterpart, Foumakaye Gado, signed a Memorandum of Understanding (MoU) in Abuja on the construction of the refinery in the presence of both countries’ presidents.

Two committees – a Steering and a Joint Technical Team – were set up to determine the feasibility of the projects and were expected by December 2018 to come up with a detailed road map and guideline leading to actual execution of the projects.

But Daily Trust gathered that the Katsina refinery and pipeline project would not start except the Nigerian government is able to convince CNPC to commit its crude share in the Agadem oil block in Niger for the proposed refinery.

Niger, which owns 20 per cent of the crude, is keen to ramp up its production and had opened talks with its southern neighbour Benin on the possibility to export its oil via a pipeline that will link its oil fields to the port of Cotonou in Benin.

Though safer than the Chado-Cameroonian pipeline route, which already exists, experts said this alternative is much more costly, as Niger would have to double its investment in the project and build a pipeline in its territory, and another one in Benin.

Speaking on some of the challenges holding back the Katsina refinery project, Nigeria’s Engr. Rabiu Suleiman, who heads the Joint Technical Team that is developing a road map and strategy for the refinery and pipeline projects, noted the Nigerien government, as of today, has committed its 20 per cent oil share at the Agadem oil block to Nigeria.

“The owners of the 80 per cent, the Chinese were looking at Nigeria in the first instance, Benin Republic and Cameroon through Chad.

“We are discussing on how the Chinese can withdraw from the understanding they have with Benin Republic without any litigation and come back to Nigeria and dedicate crude for Nigeria,” Suleiman said.

“The minister of Niger confirmed to us he is pushing hard for the Chinese to agree to the Nigerian project rather than Benin,” he added.

“To run a pipeline from Agadem to the Benin Republic sea port is like 2080km which will be very costly compared to Agadem-Katsina which is just 120 to 150km. The cost of 1km pipeline of the size we are talking about is about $1.5m. If you do a 2000km plus pipeline it means you have to invest over $3bn on the pipeline alone,” he said.

Engr. Suleiman said a Nigerian delegation, including petroleum ministers of Niger and Nigeria, will head to China between now and March to convince the Chinese authorities to agree to the Nigerian project rather than Benin.

“We had a meeting with the ambassador of China and the minister of foreign affairs on the directive of President Muhammadu Buhari that we should use whatever political and diplomatic pressure on the Chinese government to talk to the company in Niger to bring their crude to Nigeria,” he said.

He added that “the ambassador has been given a letter to send to China to arrange for a meeting between Nigerian and Nigerien delegation led by the two ministers for petroleum to meet with the headquarters of the Chinese company (CNPC) and convince them that the crude to Nigeria is more economical and more beneficial and to come back with the commitment that they have agreed either in whole or in part to give us their 80% and to add to the 20% that Niger has so that we can put a sizeable refinery in Katsina.

“These are the discussions that are going on. Unless we achieve that we may not be able to kick start the project.

“If we had resolved this issues long time ago December was enough to have taken President Buhari to Katsina to go and lay foundation.

“We have gotten extension up to March to go to China to discuss all these with them, come back and report back to the two presidents of Niger and Nigeria,” he said.

Daily Trust reports that the initial plan by the federal government to construct about 1,000km pipeline that will convey crude oil from Republic of Niger to the Kaduna refinery in Nigeria has been jettisoned for the Katsina refinery project.

As part of efforts to address frequent disruptions of crude supply to the Kaduna refinery, the Group Managing Director of the Nigerian National Petroleum Corporation (NNPC), Dr. Maikanti Baru, had in November 2016 confirmed that the federal government was planning to construct about 1,000km of pipelines that will transport crude oil from the Nigerien oil field in Agadem to the Kaduna refinery.

To actualize the plan, the NNPC GMD said the corporation would hold discussions with the Chinese firm operating the Agadem oil field.

But it was learnt that the project would no longer go ahead because it would not be economical to run a pipeline all the way from Niger Republic to Kaduna refinery.

NNPC spokesman Ndu Ughamadu said either the Katsina refinery or both projects “are in national interest.”

Engr. Suleiman said it was tested and discovered that Niger crude could not be processed in Kaduna refinery.

AFRICA - Effects of Climate Change in the African Sahel

What I Remember from 5th & San Pedro

Why Modi Is Invincible

Christians Against the Oil Industry (CAOI)

Does acupuncture work by re-mapping the brain?

Why construction of Katsina refinery stalled