Meet Me in El Paso

Sometimes, you have a day that just doesn't go your way. Sometimes your diamond falls out of your engagement ring while you're doing laundry. Sometimes your mom reads your blog and denies promising you a six of Sam Adams. Sometimes you have no make-up, you're wearing BEER GODDESS panties, and you're putting deodorant on in front of strangers.

Back when Husband was Brand New Husband, the Army put him on active duty in El Paso, Texas. I stayed home in Pennsylvania. For over three months, our marriage labored under the difficulties posed by the 2000 miles of Tornado Alley that separated us.

We still had over a month of Husband's relocation left, and phone calls just weren't cutting it. In a pre-Skype world, a newlywed's got to do what a newlywed's got to do. The Army had put Husband up in a hotel for his activation. I could wrangle a week off from work and go stay with him in El Paso.

I would catch a flight to Dallas, Texas immediately after work one Friday, hop a connector to El Paso, and try very hard to get my officer husband to violate his legal rules of conduct.

That morning, I dressed in the best I'm-exercising-my-marital-rights-tonight-but-first-I-have-to-work-and-fly outfit I could locate in my wardrobe. I left my newly highlighted curls loose, flowing over my shoulders. I wore every piece of make-up in my arsenal. I put on panties that read "BEER GODDESS" across the front.

That last part is a mystery to me, too.

I worked, at the time, with mostly guys, who knew exactly what I was anticipating later that evening and thus, for ten hours, gave me not a moment's rest from their leering, skeevy comments.

Aside from being nervous-excited to see Husband, I was nervous-scared to fly. Flying is not my favorite. I felt this was a classic Good Morning America story - Newlywed, On Her Way To See Her Army Husband, Is Killed In Plane Crash. Can't you just hear Diane Sawyer reading that headline? I'm OK with Diane Sawyer knowing who I am. But not because I'm dead. Or because I'm offending softball parents.

So I made a deal with God, because we all know He works that way. I said I didn't care what happened during my travels, as long as I arrived in Texas and back home in Pennsylvania safe and sound.

I really should have been more specific. 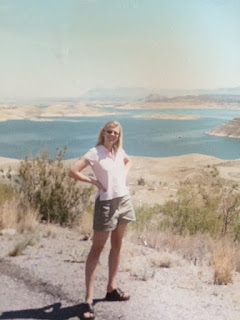 At work that glorious Friday, my witching hour finally arrived. I huddled in our unisex work bathroom, touching up my make-up and deodorant and BEER GODDESS panties. I hauled my perfumed butt to the airport and slid onto my flight. I was Ready.

Sadly, the only thing I was Ready for was to sit on the tarmac. Sit for so long, in fact, that by the time I arrived in Dallas I had missed the last connecting flight to El Paso in all of the Fort Worth/Dallas area.

The airline was incredibly gracious. They shipped my luggage onto El Paso and shuttled me to a hotel. Heartbroken, exhausted, and grimy from nearly 24 hours of wakefulness, I called Husband. My intent was to gently break the news that we would not be having carnal relations that night.

Instead, when he answered the phone I just sobbed incoherently. Fortunately, Husband is smarter than I am. He had been religiously checking the airline schedule. By the time I was over Kansas, he knew I wasn't going to make it to El Paso that night. When I called, gasping and tearful, he knew the cause of my sorrow and was ready with a consoling word. Or two. Or eighty-seven. Whatever it took for me to stop crying.

We made our plans for the following day, then I hopped into my (free) hotel shower. I had nothing with me but my best I'm-exercising-my-marital-rights-tonight-but-first-I-have-to-work-and-fly outfit and some ChapStick. I had little choice but to sleep in the clothes I'd been wearing before my shower which for me, at the time, was gross. I wasn't a mother yet. Now I know there are far grosser things in the universe. But on that night, the shirt and undies I'd been wearing for 20 hours felt greasy and heavy on my freshly showered skin. 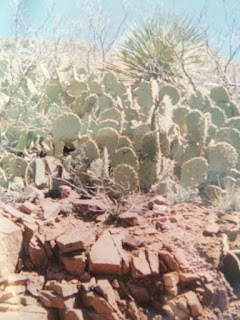 Looking forward to the three hours of sleep I was going to catch before my early flight to El Paso, I quickly called my parents to let them know that I was A) not dead B) in Dallas and C) headed to El Paso in a few hours. My mom, being a mom, sympathized and comforted me. Then my dad got on the phone.

"Why are you at a hotel?" he demanded to know. My dad doesn't believe in paying money for anything. Anything. He has put retread tires on my mom's car because those retreads were perfectly good tires. He has eaten 20 year old jam because food shouldn't go to waste. My cousin lived right there in Dallas. I could be staying with him - for free - instead of paying to be in that hotel.

I reassured him that I was not paying, as evidenced by the fact that it was more of a motel than  a hotel, which to me is one small step above camping in a tent. Had it been up to me, I'd be at the Sheraton. And I pointed out that Cousin in Dallas has eight kids and probably wouldn't appreciate a phone call at one o'clock in the morning from a cousin he last saw in 1979.

Satisfied, my dad moved onto his next point. I could rent a car and drive to El Paso. Apparently, paying for a hotel room is a travesty, but paying for a rental car is a-OK.

And I'd thought about it. I had. But the idea of traveling across the desert in an unfamiliar state was a bit scary. I have a vagina. I did not want it forcibly entered by some wacko that decided to follow me from the rental agency. And what if I broke down? Cell service would be spotty, and what if the wacko caught up to me? What if the tow was the wacko? I read Stephen King. There's all kinds of stuff waiting for a solo traveler across the desert.

However, I am loathe to remind my dad that I have a vagina. That would only serve to remind him that I was trying to get to Husband, and I'm pretty sure my dad didn't need the visual on what his baby girl would be doing in a few hours and after two months of forced chastity.

So I turned down the idea of a rental car. And that brought my dad to his third and final point. What I needed to do, he said, was to take a whore's bath. A whore's bath, he explained, was one in which an individual stands at the sink and washes their armpits, groin, and face. Just maybe not in that order.

"I understand that," my dad replied. "It's just what you need to do."

So OK. I did not take a whore's bath. What I did was say goodnight to my parents. I pulled the covers back on my bed. In my extreme fatigue, that bed looked so inviting. Right up until the moment the centipede ran under the pillow.

I let the centipede have the bed. I left and went across the street to the Sheraton. The Sheraton has never done me wrong. 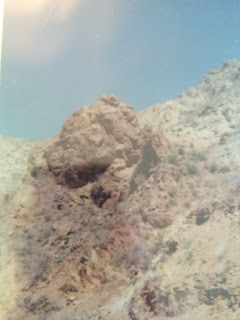 In the morning, once I was checked in at the airport, I was on a mission. I needed a shirt that didn't smell like a hoagie. I needed make-up that was stronger than lip balm. I needed deodorant.

I struck out on the make-up. It seems everyone in Dallas is naturally beautiful. I did manage to score some deodorant in a sundry shop, but my shirt choices were limited. I could get a brown XL man's shirt with DALLAS scrawled across the front. Or I could get an electric blue XL kids' shirt that read "MY GRANDPARENTS WENT  TO DALLAS AND I ALL I GOT WAS THIS SHIRT!".

I mean, thank goodness I still had the BEER GODDESS panties.

I went with the kids' shirt because, well, my pants were pinstriped and blue goes better with pinstripes. Also, I look pretty unfortunate in brown.

Slipping into the ladies' room, I tossed my old shirt into my purse and put on the GRANDPARENTS shirt. I finger combed my hair into a pony. I donned my ChapStick. I stood at the sink and applied the deodorant.

The woman and little girl who walked in at that moment definitely made me feel like I was taking a whore's bath.

Arriving in El Paso, I ran to Husband and held onto him for all I was worth. Gently, he peeled me off him. We hadn't seen each other in two months. I knew he had some special words for me.

So I made it to El Paso and back without dying. Our marriage survived the separation. The GRANDPARENTS shirt made for nice PJ's when teamed with flannel bottoms.

And the BEER GODDESS panties? Lost with my luggage. On the way home from El Paso.

Meet Me in El Paso