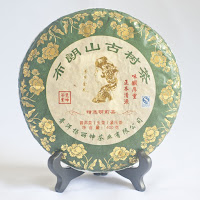 Sometimes I find patterns developing in my tea drinking without even meaning for it to happen. For some time I've primarily been drinking younger sheng when it comes to puerh. That wasn't a conscious move on my part, it just happened to be what has come my way. I hadn't thought about it until I realized that this sample is probably the oldest tea that I've drunk in a while.

As soon as I opened the can I was struck by that unmistakable puerh smell. It's not quite eau de fermentation but more like the comforting mustiness of old books. That's not a smell that everyone loves but it's one that really hits the mark for me. I won't admit to how many times I've gone to the top floor of the Strand Bookstore in NYC, just inhaling as I pretend to browse the volumes I can't afford in their rare books room.

Once I finally got my nose out of the gaiwan, it was time to brew. There were heady notes of camphor with a lingering sweetness that kept me drinking long after the leaves were spent. Huge citrus notes turned into a very nice floral quality as the tea cooled. Later infusions brought a pungent honey taste along with plenty of astringency.

I really push my teas hard but if you want this to be less punchy I'd definitely recommend lowering your water temperature a few notches as well as cutting back on leaf volume. Experimentation is the best way to learn about each tea as well your own tastes.

For some reason whenever I tried to photograph the opened leaves they turned out a bit purple. The color was not quite the same in person and I used the same lighting that I always do. Oh well, the wonders of tea. :) 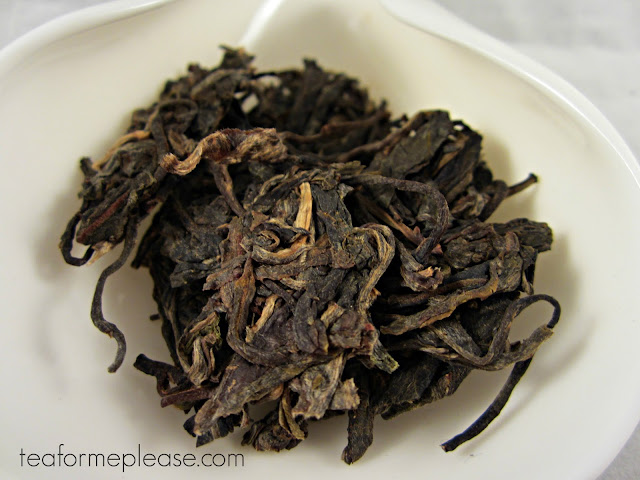 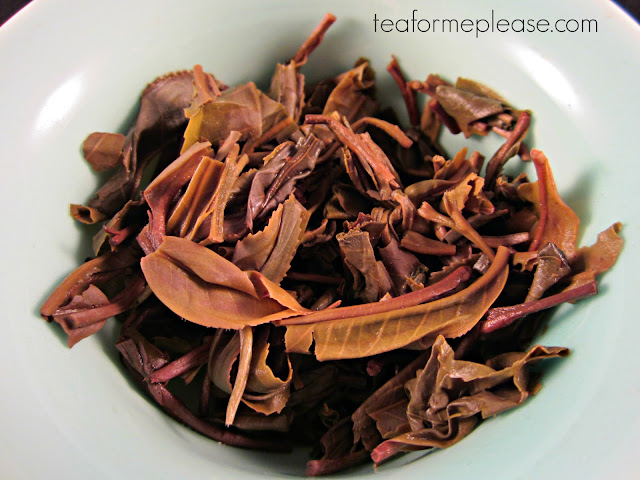 Why did I think that? I thought I was getting better.