OK. What we have here is a person well embedded in the political establishment who likes Hillary pushing for her on a show that basically goes all out to attack Trump to a point where he just gets ridiculous and obscene.

lbright on Trump foreign policy - Fmr. Secretary of State Madeleine Albright joins Lawrence in an exclusive interview to talk about Donald Trump’s foreign policy and why she thinks Trump would flunk her decision-making course. 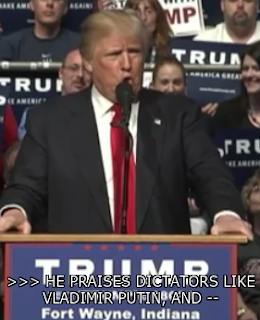 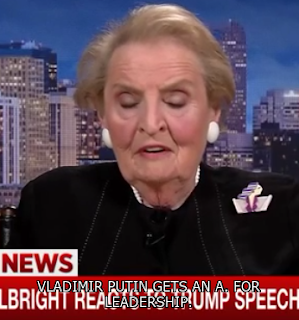 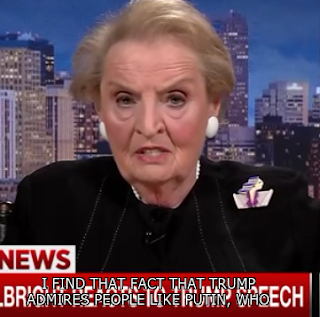 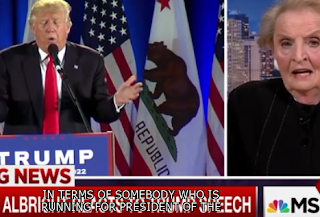 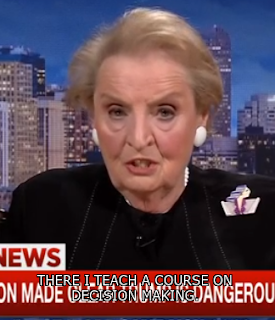 Whatever. The political establishment gets fake degrees all the time obviously they will be able to get jobs to teach courses. Hillary made millions off wall street speeches which she hides with a passion she hasn't had since she voted for the Iraq war and when she used her bully pulpit to push the 1994 crime bill for black people. As for Putin, Fox News & the GOP (Bush) has been praising him for a while as an alternative to Obama and Trump is appealing to that part of the GOP's parrot base. 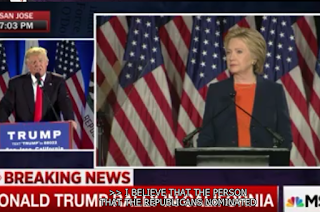 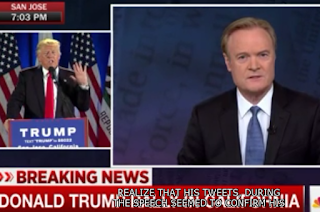 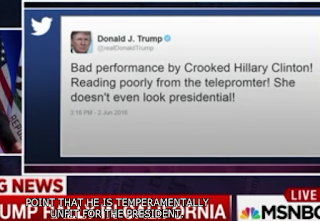 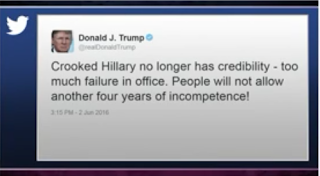 What Donald Trump has to do is offer to be the TRANSPARENT ALTERNATIVE to Clinton. While Clinton argues 'who do you trust more to secretly take care of you or not', Donald Trump should argue that he will take the decision making to the people. Not only is he particularly suited for that task, being a reality show star, he has already done such stuff like with his Abortion interview on Hardball where he went one way and then the backlash from the media and the people made him go the other way. If Presidents made their decisions in public with the people's feedback then we wouldn't have need for the treasonous "National Security Act of 1947" and America can move onto a more transparent age of better government rather than Afghanistan style corruption.


Here is my answer to the above political propaganda campaign using the daily show's "Bern Bernie Bern";

I didn't know what to make of this till I realized they are probably just making fun of both sides and using the talking points they are using. Probably because I don't understand why they would try and help Witch Hillary (yes, I still don't). So, lets take a quick look at this segment from the Daily Show. 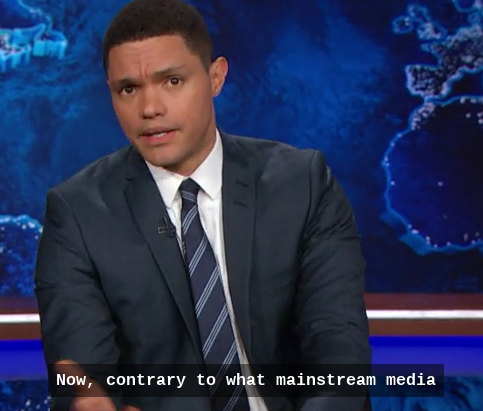 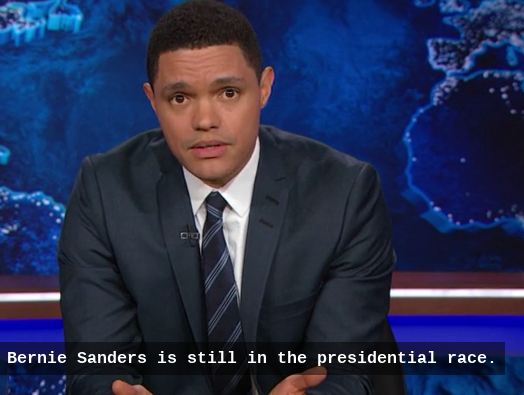 Yeah, media has had a problem with Bernie Sanders being in the Presidential race since the beginning and have acted accordingly with media blackouts favoring Hillary. It makes sense. The only way to sell Hillary's awful political establishment platform of 'don't worry Im sure we'll get something done someday just elect a woman this time'. She's trying to sell nothing as a platform because she intends to do nothing to help the people, only the rich and this way she will always look like she fulfilled at least 50% of her campaign promises as she has promised nothing. Obama had a harder time fulfilling his campaign promises because he joined the political establishment and several of his promises got vetoed by the establishment who primarily want a perpetual war as it will keep them in power. So he said fine... in fact thats what scares me most about Trump, is that no matter what he promises he may just join the political establishment (which consists of corporations and traitorous government agencies making decisions and then getting the Presidents signature. So they do evil things and classify them so they never have to pay for this sins (like the monarchs of old). So the CIA destablized a democratic government in Iran (colored people/n***** country as the white supremacist leaders we tend to have would have seen it) and created a perpetual National Security threat by making Iran an enemy and then using Kissinger ideas to destabilize non-Christian n***** countries (Muslim world). The British King was probably against this plan to destabilized a foreign country for a British Corporation to get oil (who obviously had connections in the US) and so the CIA killed him (chemical gun of some sort?) and classified that under the new "National Security Act of 1947" which allows criminals and traitors to do what they want as long as they work for certain government organizations that will protect them from any consequences from the people by hiding thier misdeeds. The memo proving that FDR knew about the Japanese attack on Pearl Harbor before it happened (thus using it to inspire the people for war like our silent rulers had planned for Cuba? They probably started our army's secret 'rape all women possible' policy)

This is what the Daily Show figured out; 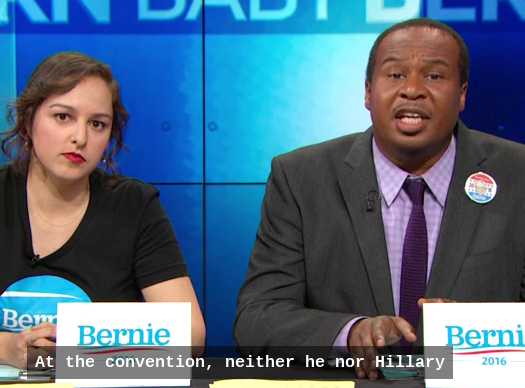 Despite the media blackouts and liberal media anchors helping Hillary win by not pointing out her lies and flip flops, Hillary still doesn't have enough delegates to clinch the nomination. So the lies and collusion between the political establishment and the traitorous media will continue and we get to watch it live! wowee! 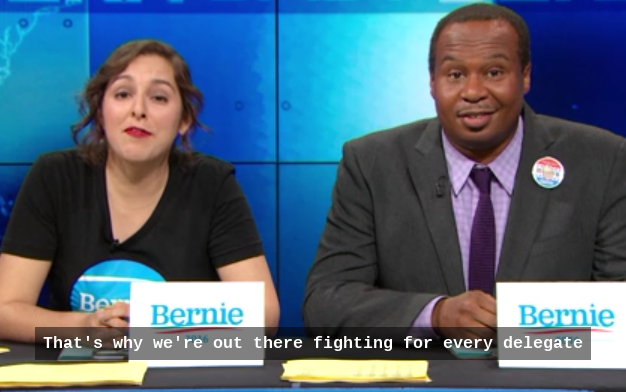 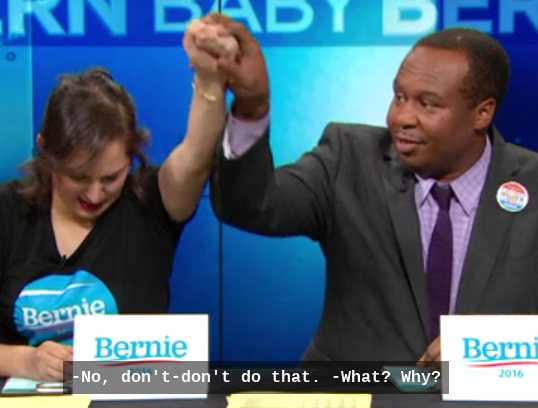 This is a standard communist joke derived from the tactic the Republicans use for anyone who tries to help the people instead of the corporations. Hillary used it against Bernie and the liberals stooges fell for it. I used to think life was just a series of mistakes and we are lucky to be alive with the political establishment we got but now I think we are doomed and the only reason we haven't destroyed ourselves yet is because we haven't destroyed every option on this planet yet,... but that will happen soon, I think. (Hillary & Obama have already destabilized 2 Middle Eastern countries which is OK with the Liberals because it wasn't GOP killing innocent brown people it was Democrats. Just more American hypocrisy, i.e. we can kill anyone and do anything as long as we use the media to sell bullshit to the people and talk about the economy) 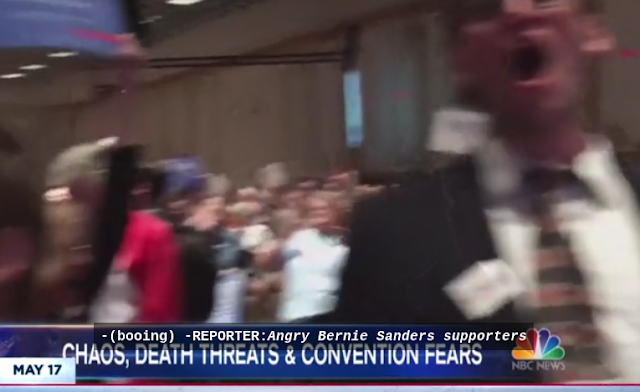 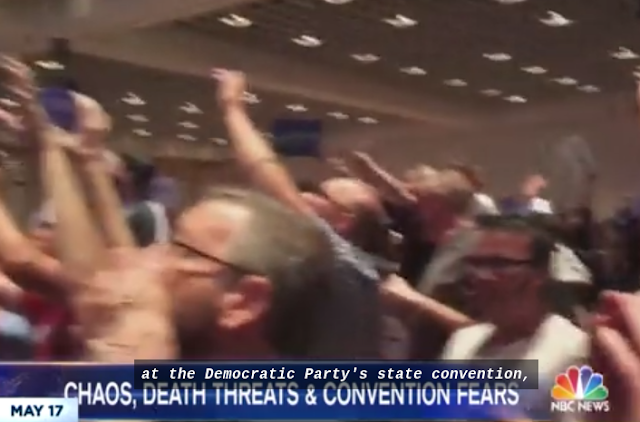 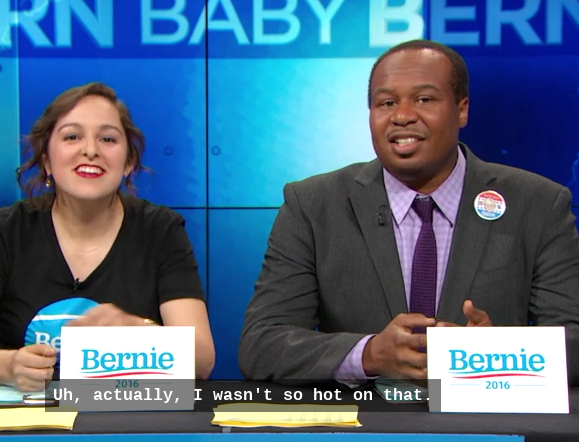 This is a BIG problem with some liberals who are not willing to do anything for truth or freedom. It the age of slaves these guys were the people who said 'lets not fight them Southerners over this property, lets just be peaceful and get along'. This type always exists in societies and history generally terms them as cowards or traitors, depending on how bad things get. When the Founding Fathers fought the British these were the guys saying 'hey! what's up with all this unruly behavior, lets just have a cup of tea and relax...ooops!' 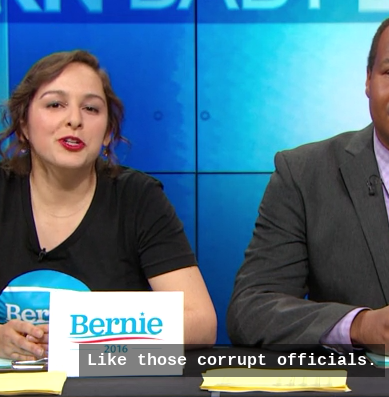 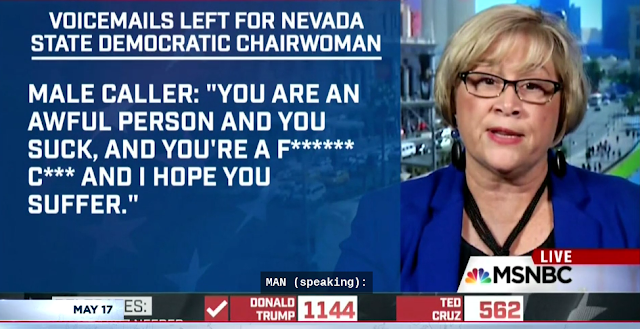 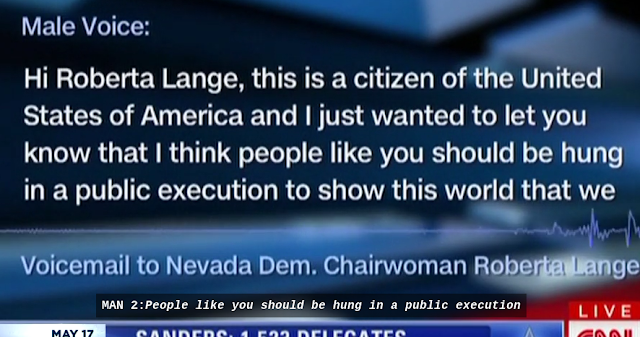 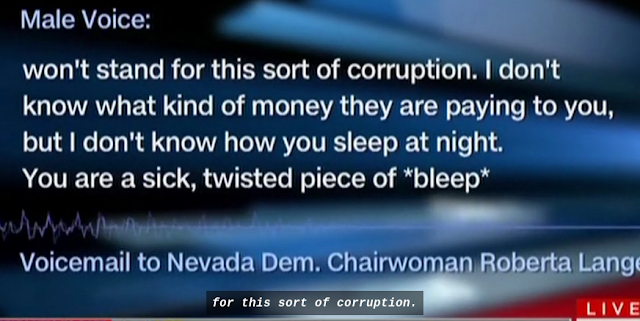 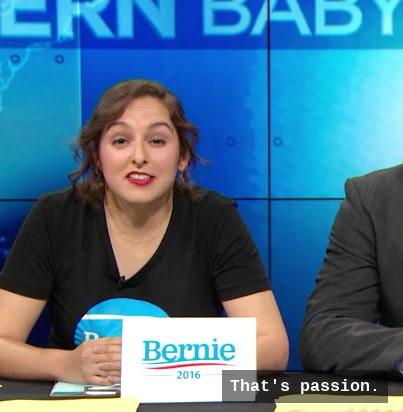 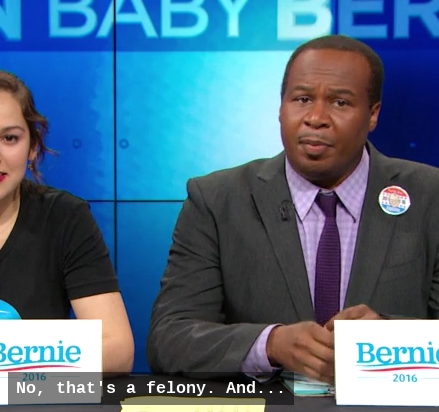 No. If that's a felony then my previous post (where I tested this assertion) would have got me SOME feedback from SOMEWHERE. The problem is that if calling someone a traitor is a felony then the Founding Fathers were all criminals. Treason is defined as 'war on the people' in the Constitution (it's a document that created the rules/laws of this country) and the Declaration of Independence is very clear that we may have to make changes to ensure the survival of our Democracy/Republic. To do this the corporate media must go and the political establishment must go.

I think that after the Black Panthers and the propaganda movement by whites against them all colored people who are liberalized have an almost phobia like response to guns to the point where they will rather leave thier family's fate to the probabilities rather than buy a gun to protect thier family and turn the probabilities sin their favor (even a bit). SO if there is a 1 in 100 chance of your house getting robbed then they will live under those conditions peacefully. If there is a 1 in 1000 chance of getting shot by a robber then they will live under that probability rather than defend themselves (something which goes against the entire tapestry of human history from tribes to "high" society). Psychologically crippled these people are. If society fell apart these ones would die the fastest or turn the most evil.

No. That's not what he said. That's what I mean by almost phobic response to the word 'death'. The only thing we can be absolutely sure of in life (& taxes). 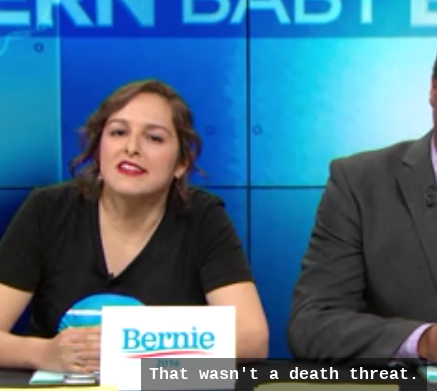 According to the Constitution when lying and betraying the people for ones own needs (war on people), DEATH is the recommended punishment. It's in our founding papers dummy. 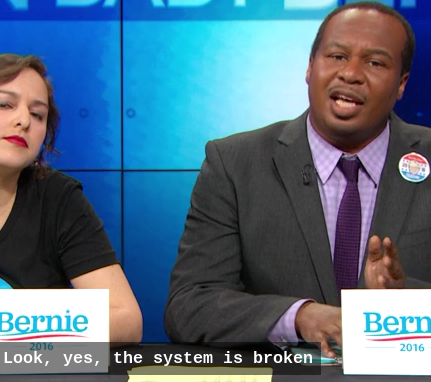 The Founding Fathers had a positive message as well. I guess it depends on how badly you want the change. If you are making good money (why politicians always talk of the economy) then things are just fine with you as they are. It's a small percentage of the people but this small percentage has enormous influence on pubic opinion since they are in media. It's like getting American news from an ISIS TV station. 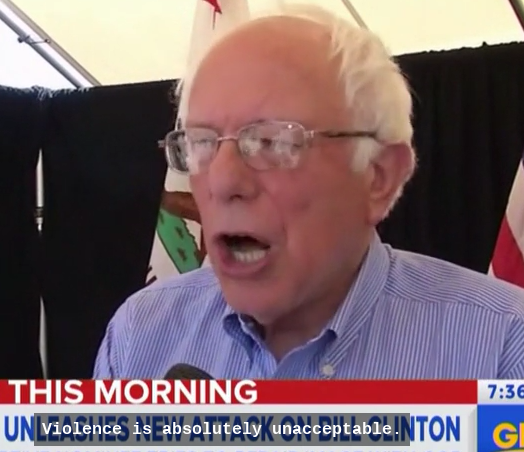 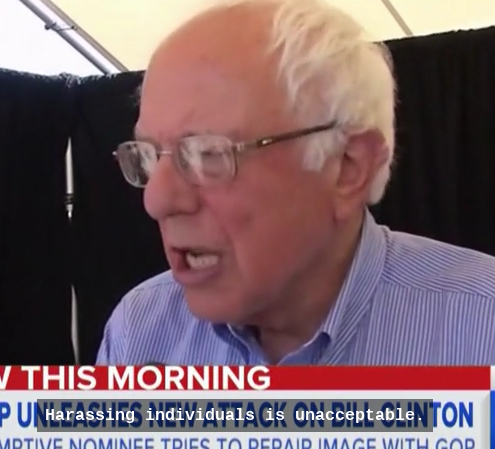 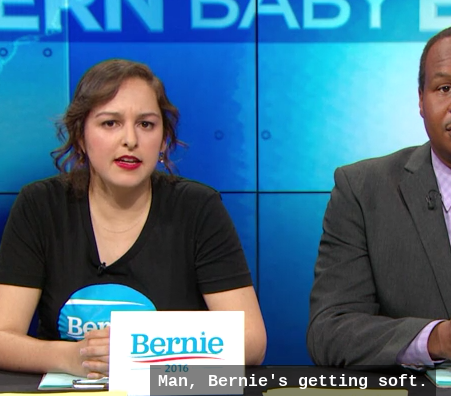 Another standard Hillary talking point that the media has swallowed wholesale as if Hillary is the "Journalist" now (there are no journalists left); 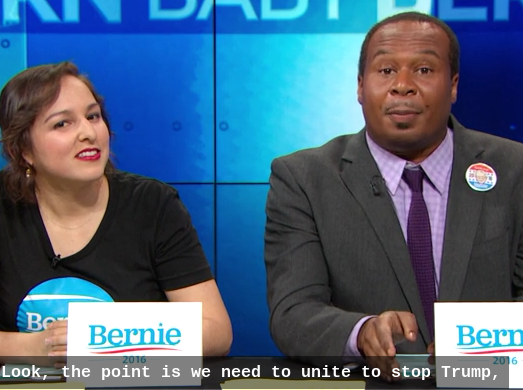 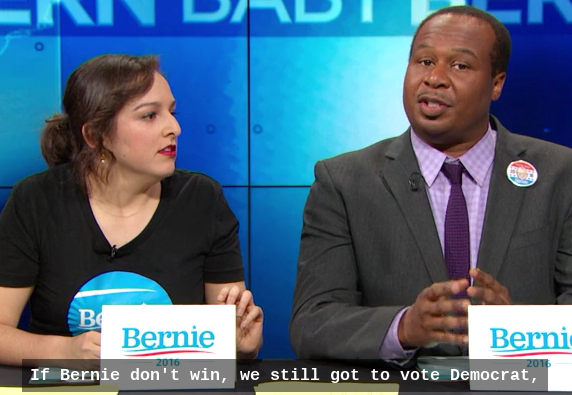 Absolutely not. There are several things we know will continue to happen under the political establishment

1. They will 'send jobs abroad' by making laws to help thier rich friends and co-rulers. Obama railed against NAFTA in 2008 and the jobs it (& Hillary) sent abroad and after joining the political establishment he went ahead and did the TPP. Free trade is free trade for the richest NOT the poorest of the nation so it only helps the richest (& media apparently!). Hillary supported TPP 45 times so she will clearly do what Obama did and use her Presidential powers to do what we want (we got to limit Presidential power immensely and immediately along with the CIA & Army!). I believe Trump has taken the opposite position to this that is pro-people over pro-corporation/rich-people.

2. They will continue to destabilized Muslim countoires and increase the probability or terrorism which the media will hype up as usual creating a perpetual 'war on terror' (though by a different name depending on what people find to be offensive or not). We have Iraq & Afghanistan under Bush (Kissingers friend) and we have Libya and Yemen under Obama-Clinton (Kissinger friends). In other words, or feign policy will continue to be one of genocide, murder and mayhem, particularity of the innocent (as a percent of kills) especially if they are not white (that's the pattern).

3. They will continue to help the rich corporations and pay of any mistakes they make with taxpayer cash.

4. They will continue to classify thier misdeeds to be released at some future time (over 50 years) i.e well after they are dead so they never have to answer for what they did (this lack of transparency in our Government is criminal behaviour). It's how everyone from FDR to Bush & Kissinger hide thier misdeeds.

'The illegal we do immediately. The unconstitutional takes a little longer.' Henry Kissenger

Basically what we have is a nation going down the drain and if we dont get rid of the political establishment and the "National Security Act of 1947" which allows them to commit treason if they make it to the halls of power (i.e. lack of transparency when transparency should be total if the Founding documents are anything to judge by)... then our country and most of the people are doomed. The rich will find a way to survive a while longer as they have the money to do it. Lets say, 100 years and it's over. Which is fine for the political establishment since they will be long dead by then.