Alia Bhatt is currently in Kolkata with momma Soni Razdan and daddy Mahesh Bhatt to attend the 24th Kolkata International Film Festival (KIFF). It inaugurated on Saturday and saw Shah Rukh Khan and Amitabh Bachchan at the inaugurations. The actress shared some glamorous pictures with Soni and Mahesh Bhatt by her side on Instagram from the event. While one was from the press conference, the other with Soni showed the fun that the mother-daughter duo had in between. Alia in the picture is seen wearing a richly embroidered maroon and golden salwar kameez by designer Sabyasachi. While Soni is flaunting a red and gold salwar suit. Alia teamed her traditional attire with shoulder length golden danglers and kept her hair neatly middle parted with a tightly done bun. The 25-year-old looked a bit grown-up in this look. Her pictures show her love for the West Bengal capital. (Also Read: After twinning in yellow, Alia Bhatt and Ayan Mukerji look regal in matching blues - view pic)

Check out all the pictures here... 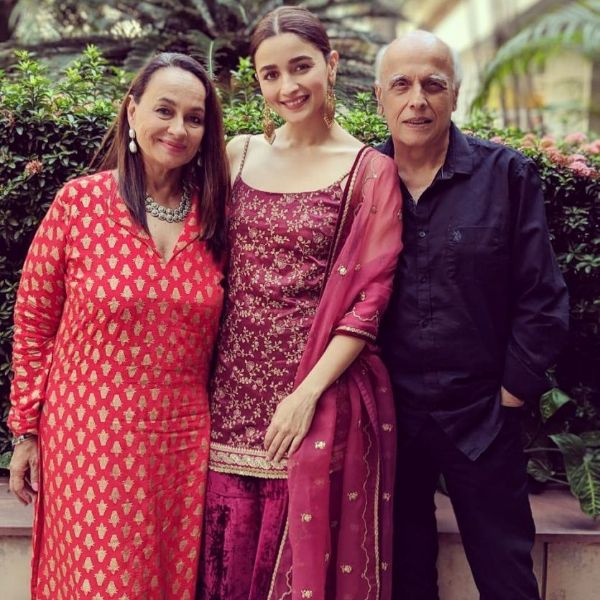 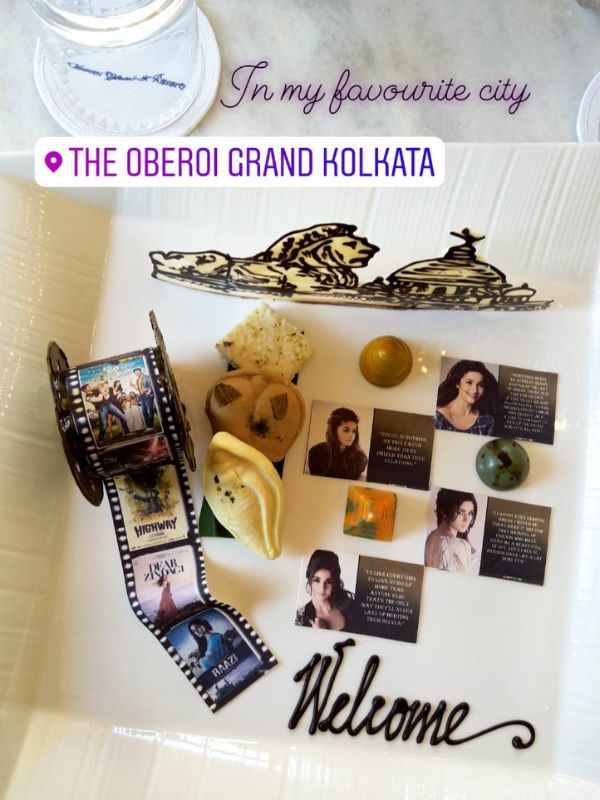 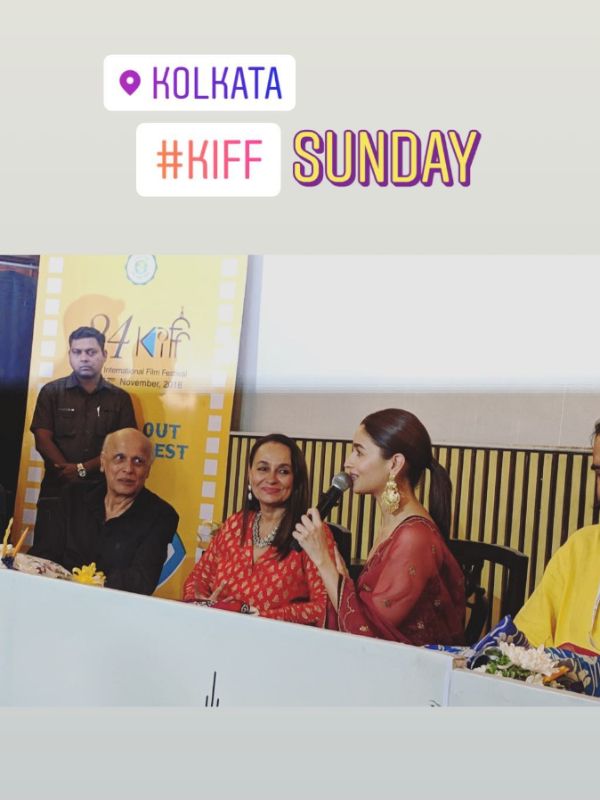 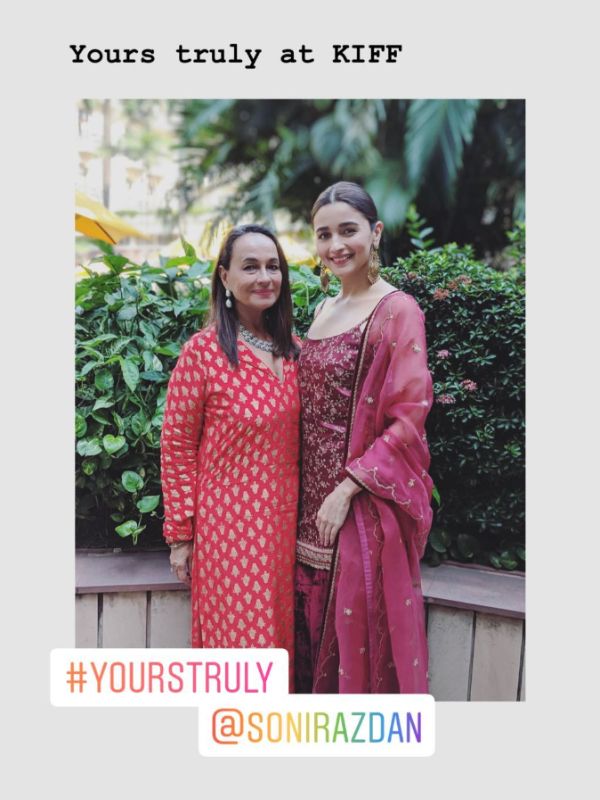 On the work front, Alia is currently busy with her upcoming movies. Recently, she was spotted rehearsing with boyfriend Ranbir Kapoor for Brahmastra. Directed by Ayan Mukerji, the movie also stars Amitabh Bachchan, Nagarjuna and Mouni Roy in lead roles. She also has Karan directorial, Takht and Kalank, which is being produced by KJo. For more updates, stay tuned to BollywoodLife.