Is the truth our own worst enemy when it comes to romance? Frasier would have certainly went the distance with a teaspoon of Honey Snow. Loose lips sink ‘ships. Relationships that is.

Ironically, had Frasier Crane solely adapted his “I’m listening” radio show catch phrase with Dr. Honey Snow… He wouldn’t have been sent home empty handed and kicked out of the beehive. Fully clothed, not a button undone. Only naked truth to accompany him on the lonely stroll back home.

Stung by his own sense of integrity. It brings up the question: Are we better off tight-lipped about our true feelings while dating? Is less truly more? The Honey Snow episode of Frasier aired on February 14, 1995 yet the messaging remains as timeless as ever.

It’s human to have a limited tolerance for truthful critique. There is only so much capacity for it before we’ve had enough. In Frasier’s case, he managed to evade penning the opening for Dr. Honey Snow’s latest book. Instead of lashing out, Dr. Honey Snow respected Frasier’s opinion because it matched her own inner feelings on the book’s quality.

Then Frasier decided to push his luck further with the truth. He insulted Honey Snow’s successful, published books. Ones that she’d held up as a source of pride for her career.

One critique too many. So he came up with snake eyes and sent his merry way. If Frasier had sidestepped his constant need for unmasked transparency this event had never occurred.

Psychiatrist Frasier Crane committed a personal foul on his own, no one else was there to trip him up. No inner demons, no competing gentleman callers.

In contrast, brother Niles Crane is often hesitant with the truth… Not even revealing his true feelings for wife-to-be Daphne Moon until she was on the absolute brink of marriage to someone else.

The one time Niles was upfront about how he felt angry with ex-wife Maris, she threw him out of the house. What then is the truth-to-white lie ratio acceptable to a relationship? Is a light peppering of honesty ever worth the fallout when a teaspoon of Honey (Snow) carries instant reward?

Recall, that Dr. Honey Snow’s own immense popularity was largely founded on the positivity of her books. Frasier’s own distaste of her work seemed to spring from Dr. Snow giving people what they want to hear.

Perhaps, reality itself carries a negative tint to it. An albatross weight tied to its leg. Which is why even critique to self-improve is seen as a personal attack. They call it ‘tough love’ after all, not just ‘being honest’… – Catch up on all 11 seasons of the Frasier TV Show on Paramount+ in time for the upcoming reboot! Hopefully, David Hyde Pierce and Jane Leeves make it back. #CommissionsEarned

– Get the full Frasier series on DVD over at Amazon! #CommissionsEarned 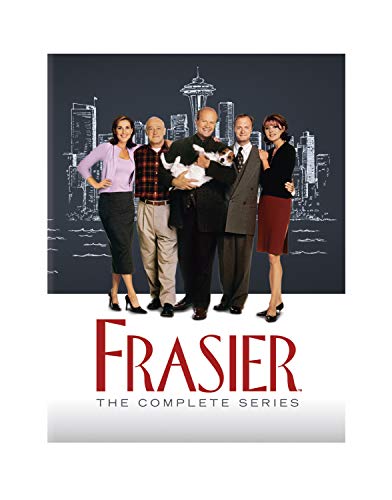 ×
Product prices and availability are accurate as of the date/time indicated and are subject to change. Any price and availability information displayed on https://www.amazon.com/ at the time of purchase will apply to the purchase of this product.

This post first appeared on The Natural Aristocrat, please read the originial post: here
People also like
64 Awesome Things to Do in Costa Rica, Where to Stay, Know Before You Go
What would happen to a modern-day Moses in America?
Firebird – Making Of Story
Jungborn hat immer etwas Besonderes!
10 Rebel Mutton Chop Beard Styles That Look So Cool