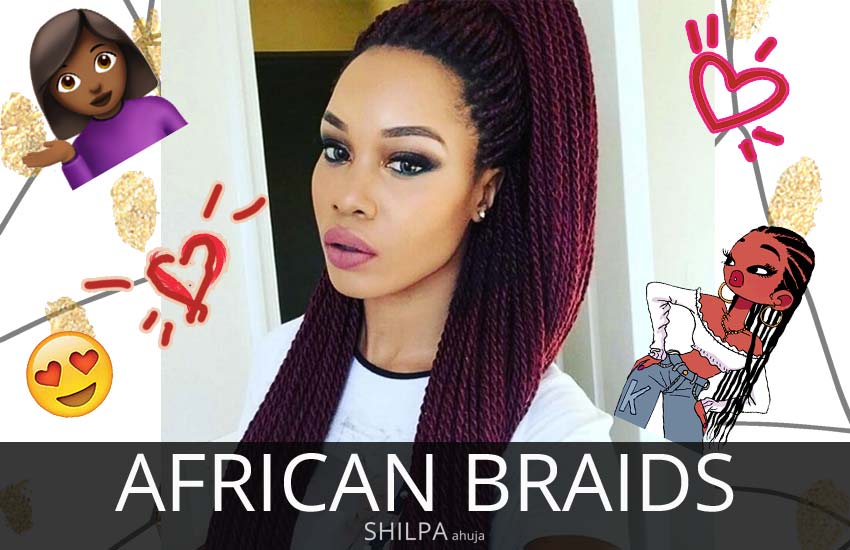 A History of African Hair Braiding

Hair twists are popular with Afro-textured Hair. Of course, they’re traditional African women’s hairstyles! The African hair braids can express one’s religion, kinship, status, age, ethnicity, and other attributes of identity. Now that makes them really special. Doesn’t it?! However, after digging into the history of African hair braiding, I got to know that Africans were made to shave their heads when captured by the white men.

To re-establish their culture, the slaves would often braid their hair which became synonymous with their identity. However, in the modern age, this is not appreciated and the Africans are bullied and demeaned for their hairstyles. And it was and still is (at a few places) considered unprofessional to wear the African hair braiding styles at the workplace. We’re guessing the elite society still loves straightened hair more on African American women. 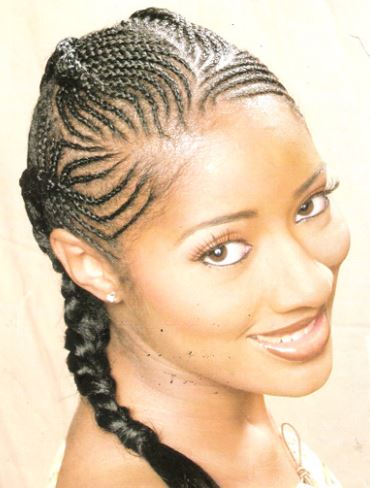 As high fashion evolved, native African braiding styles got popular on the runways, especially of American fashion designers and style icons like Beyonce and Rihanna made them a fashion statement. This led to women of all ethnicities want to emulate these hairstyles. But it’s also sad that when a blonde or white woman flaunts it, it’s considered cool and chic. Yeah, African women have every right to be outraged about this cultural appropriation. When a Kendall Jenner or Cara Delevingne do it, the internet applauds but it’s not considered chic if a black woman wears it. But that’s changing now for many. We, for one, are all for appreciation and we love you cooking and enjoying Indian food as much as our readers trying African braid; whether they’re of African descent or not! It’s also nice to see the world embracing different cultures. And we’re not at all complaining. So, we have listed different types of African braids that you need to try!

There are different types of hair twists. Basically, the African braids are made by dividing the hair into several sections and twisting the natural hair strands with artificial or synthetic hair. Different types of hair are used for different African hair braids. The braiding is also done by professionals at many hair braiding salon. And the process may ideally take 4-8 hours and can last for 2-3 months. With our weather here, I don’t feel we would survive with the same hairstyle for more than a day but it’s an individual’s preference. 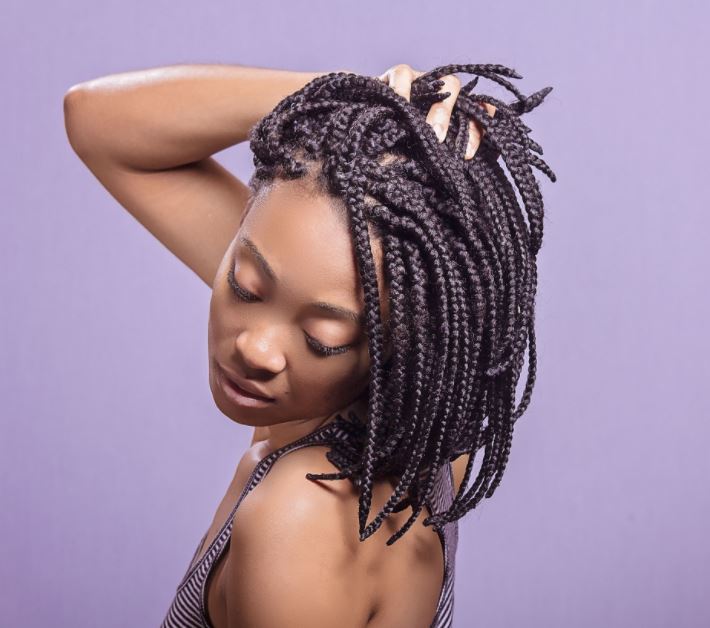 And there are a few haircare steps that you need to follow if you’re gonna keep it for a long time.

a. You need to tie your hair with a satin scarf while sleeping. Now you know why bandanas are so popular amongst African American women.
b. You can wash your hair with just plain water by rubbing your scalp with fingertips. And this can make your hair feel heavy and hence you need to blow dry your hair with the cool setting.
c. To make the hairstyle last longer, a particular type of wax is used to make the hair matte. Sometimes, this may make your hair dry. So, it is important to moisturize your scalp. You can use water-based spritz followed by sealing with an oil. This allows sufficient moisture without product buildup in the roots. But it’s not at all a bad idea to try it once. Get it done at braiding salons for a professional look.

Let’s check out the different types of African micro braids and twists!

These braids were popularised by Senegalese Americans. Senegalese or rope twisted hair is one of the most common African hair braids. Personally, I’m loving this hairstyle as it looks so chic and stylish. Synthetic hair is used to make micro braids (more on that below). The hair is partitioned into smaller sections and the synthetic hair is twisted like a rope with the hair strands. The different types of hairstyles to try are Senegalese braids, crochet Senegalese twist, jumbo Senegalese twists bun and mohawk with Senegalese twist. These last for 8-16 weeks. It’s perfect for parties or soirées with your girls! Havana braids are similar to Senegalese but are a thicker version of the same. This African hair braiding style has become even more popular in the last 5-6 years. Havana braids are done using a special type of hair known as Havana twists. They are usually done with fewer twists. And they last for almost three months and give a thick dreadlock look. They look good for bob braids hairstyle, too. I would love to try this hairstyle for brunch. 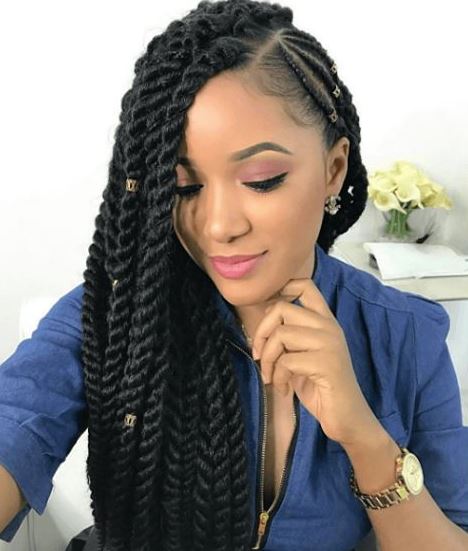 The cornrow braids are a traditional African hairstyle. The hairstyle is native to the Caribbean and is also called canerows as this hairstyle was sported by the slaves working in the cane fields. As the name represents the braids, which are formed in simple straight lines similar to big cornrows. 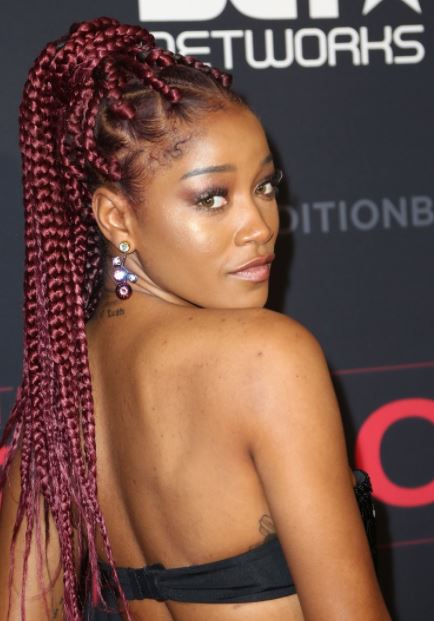 There are a variety of patterns, sizes and combinations that one can try in cornrow hairstyles. So get imaginative and rock ’em. From fishbone designs to adding colored extensions to whirlpool style braids, the cornrow braids look so artistic. I would love to try a cornrow mohawk. They are also known as Ghana hairstyles.

Ideally, dreadlocks aren’t braids but are one of the most popular African hair braids. Even the popular musician of all times, Bob Marley rocked them! Dreads are done in many ways, like twisting and pinning, twisting and ripping, brush braiding and so on. Basically, they give an ignored or unmaintained hair look. But they need to be maintained and styled well so that you don’t look like a rag picker! 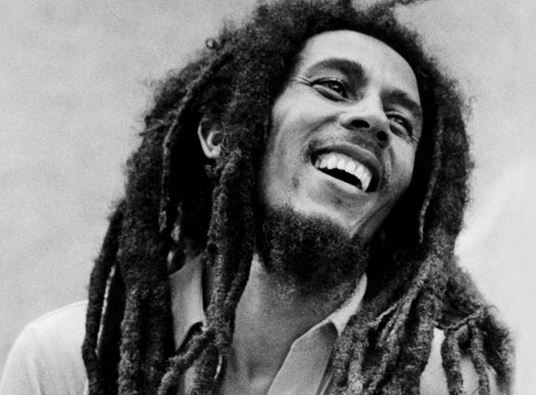 You can even get dreadlock extensions and style them. There are a variety of dreadlock styles like yarn dreads, wool dreads and short dreads. 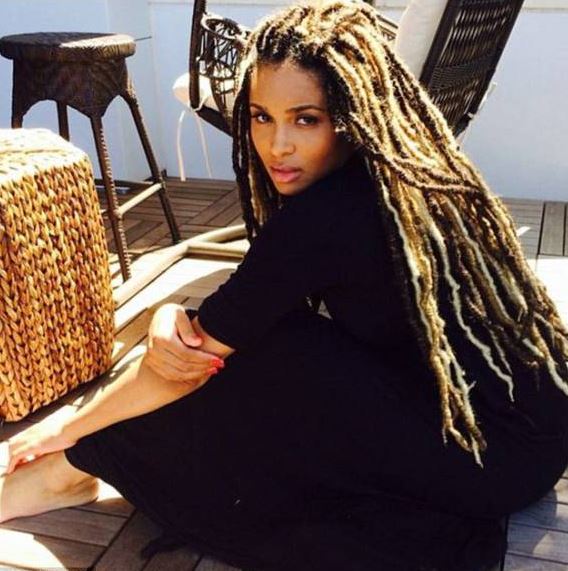 Fun fact; dreadlocks have a geographically rich history, spanning unique cultures. Even the Indian god, Lord Shiva, sported ’em, and so did the Vikings.

There are different types of braids for African Americans and box braids are one of the most well-known African braiding styles. Box braid hairstyles were popularized by Janet Jackson in the 90s movie, Poetic Justice. 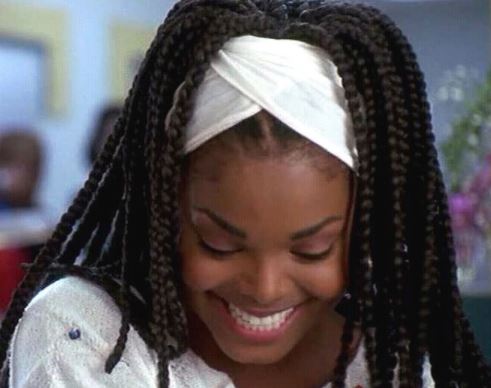 They are micro braids that are weaved by making box-shaped sections. They are one of the most commonly worn African braids. From ponytails to buns to half-up, they make a statement with just about any hairstyle. Yarn braids are interesting African braid hairstyles. Instead of artificial hair, yarns are used to weave the hair. The yarn color can be same as the hair color or different funky ones. One can keep them upto 5 weeks but it is recommended to wash the hair every alternate day. Wearing yarn braids is like wearing the same tee shirt everyday, so it’s important to wash the hair or the hair might become frizzy. 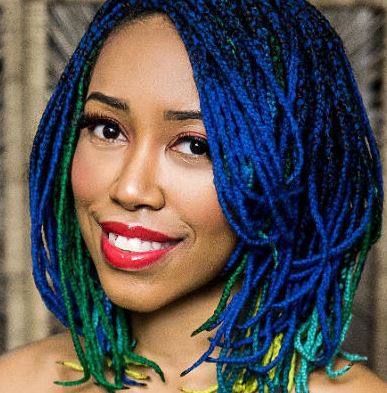 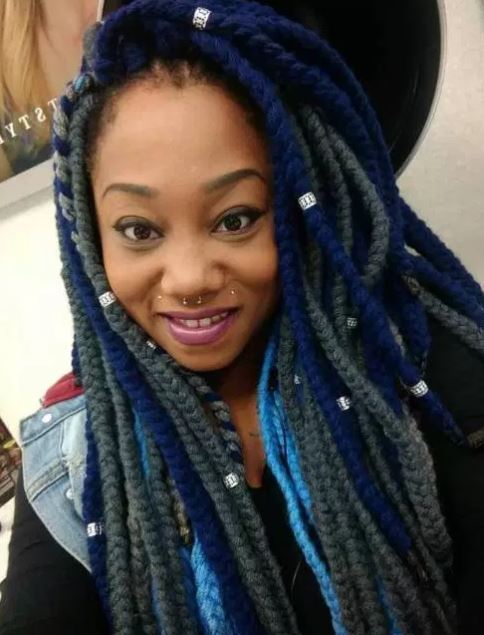 Marley braids are done using an extension known as Marley braid hair. It’s is similar to Senegalese twists, but the only difference is the usage of the hair. The hair is twisted like a rope and can be big or small Marley twist. 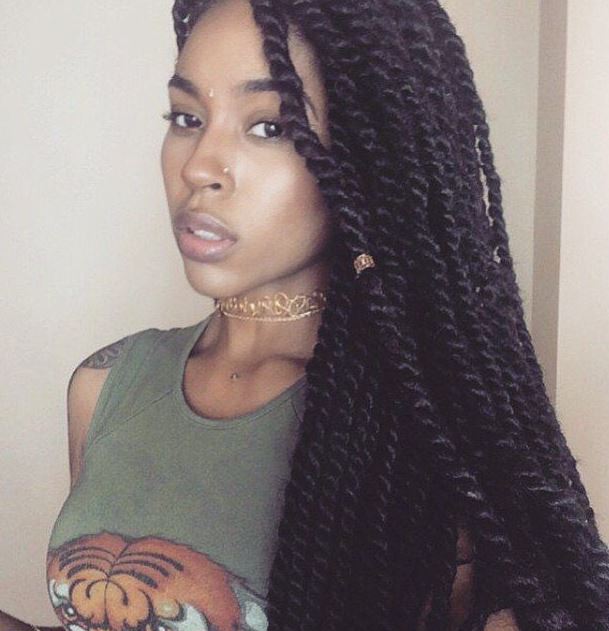 African hair braids that use Kanekalon hair are kinky twists. They resemble the natural hair textures and are similar to Senegalese braids. 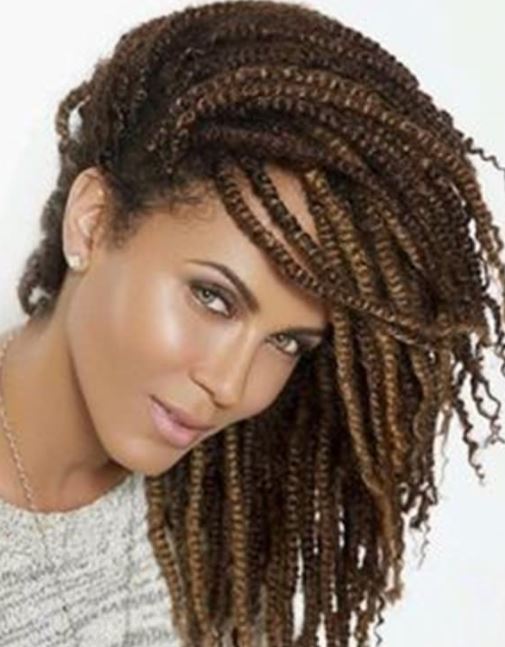 Ethiopian braids are complex but artistic. It’s not as popular as other African hair braids but are gaining the right attention from beauty bloggers. The crown of the hair is braided halfway in different patterns. This type of African braids suits people with wavy hair. 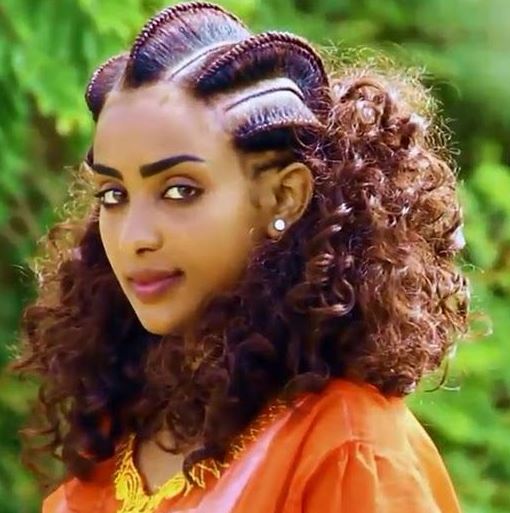 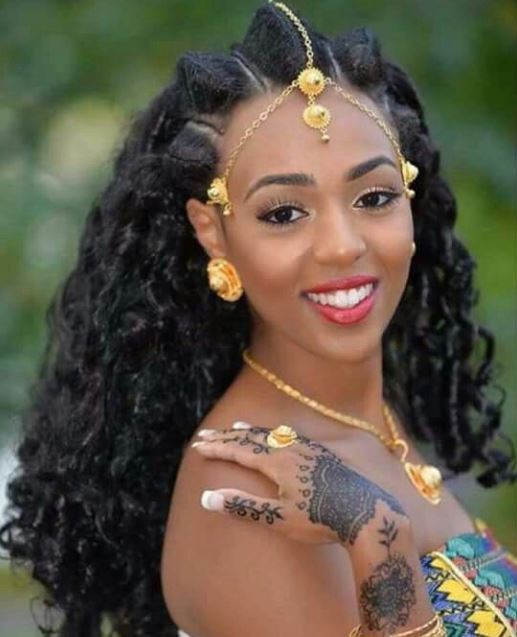 Banana braids are also known as tree braids. They are similar to cornrow hairstyles, the only difference is that thick braids are braided from above and twisted into a single braid in the end. It gives an illusion of banana fruit, hence the name. 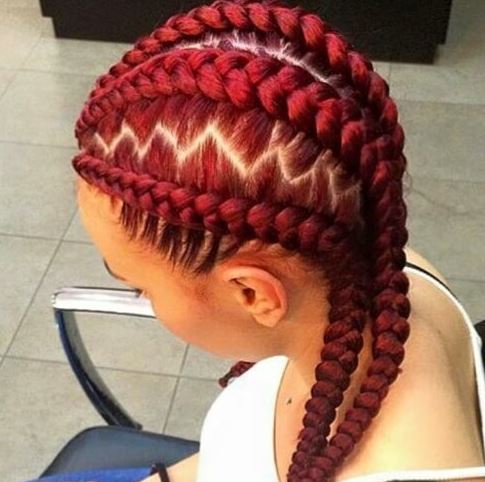 Micro twist is a combination of tiny braids that cover your head. All the different types of African hair braiding are known as micro braid hair. You can braid the hair into micro braids, or you can choose random sections to braid, giving a chic, carefree look! These are not braids but buns are so famous amongst African women, they had to be included in this list. Bantu knots are styled by sectioning the hair and twisting those individual sections until they form mini knots. They originated with the Zulu tribe, known as Bantu people in southern Africa. Rihanna popularised this African hairstyle in mainstream pop culture recently. 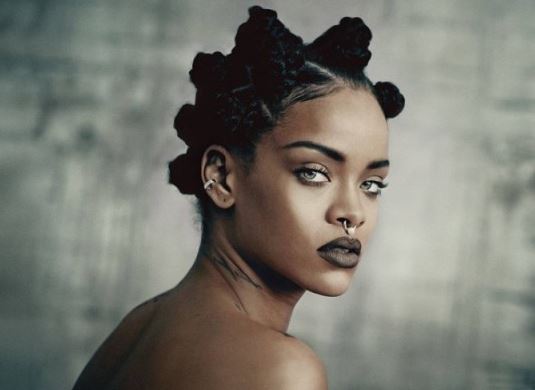 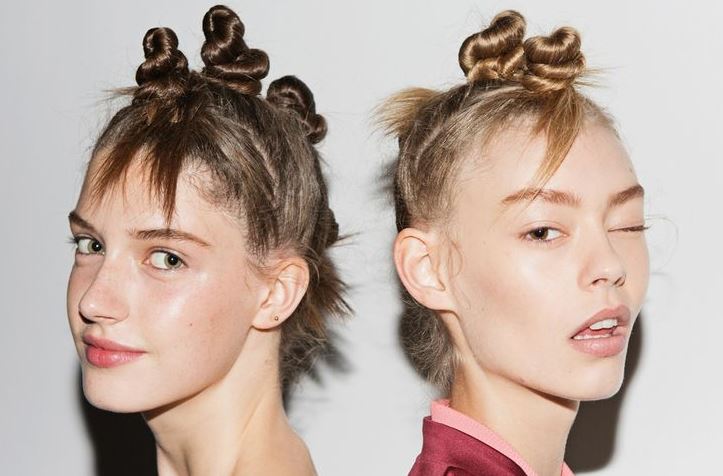 So, these were the different African hair braiding types. Are you gonna try these? Which African braids did you love the most? Tweet us @shilpa1ahuja with your thoughts!