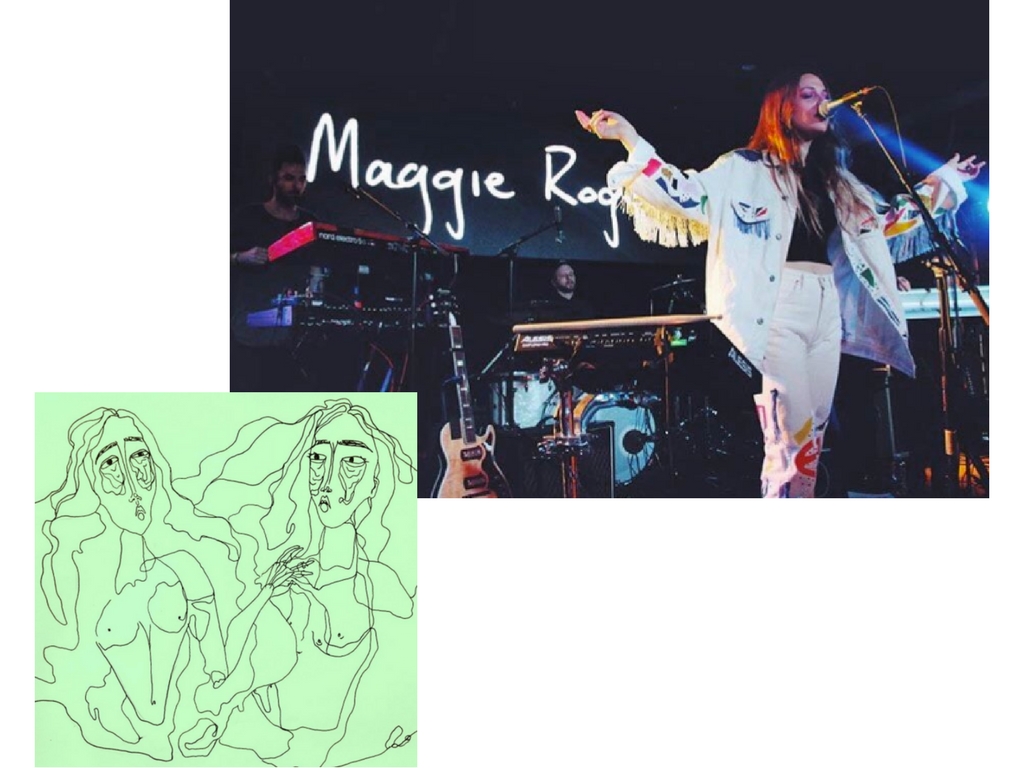 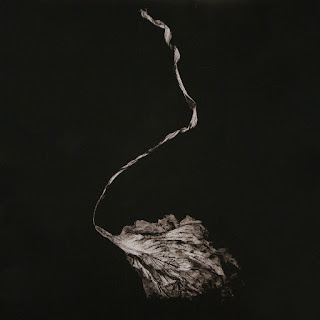 I know I included Maggie Rogers in my last favourites but my Love for her has since tripled. Her EP, Now That The Light Is Fading came out and included probably my favourite song of hers, Better, and I discovered some of her older music that I equally love. If you're exclusively into the kind of alternative/indie pop of her recent music (like 'Alaska' and 'On + Off'), you might not love her folk songs as much but they're honestly so beautiful. Her album 'Blood Ballet' is now one of my favourites, and if I had to pick a few songs from it it'd have to be 'Little Joys', 'Blood Ballet' and 'Symmetry'. While it's generally a folk, even country album (with songs like 'Anybody'), the acoustic tracks where it's just Maggie and a guitar are, in my opinion, the most beautiful.

My love for Tei Shi by now is probably obvious; she was one of the first included in my 'Women in Music' series, so I'll keep this short. If you read that post, you'll know I first fell in love with her song Bassically, and since then I've been obsessed with all of her songs, especially her newer releases from her upcoming debut album, Crawl Space. 'Keep Running' and 'How Far' are exactly the kind of pop songs I need in my life. Generally, I tend to steer clear of the boring, usually head-ache inducing mainstream pop (that's not to say it's all bad, I think everyone loves some Little Mix and Ariana Grande at times) but Tei Shi offers a soulful, raw and unique sound that I think everyone would appreciate.

I feel like most kids that grew up in the 90s/00s, at some point, watched either the Teen Titans or Justice League cartoons, and I was completely in love with them (to the point where I'd run around school pretending to be Raven or Starfire). Since then I've always had a soft spot for some super heroes, The Flash included.

I'm sure everyone knows the story, The Flash is 'the fastest man alive', spends his time fighting crime and other meta humans with the help of his friends from Star Labs; it's a classic, easy to watch superhero show. I've seen a lot of people comparing the DC shows to the Marvel ones, complaining that DC seems to be much more childish but I don't see a problem with that at all? The Flash is a show that, while at times dark, offers a breath of fresh air and light, which is what I've personally been needing. It can be draining constantly watching dark, depressing, gory shows. That's not to say I hate the Marvel shows, actually I've been obsessed with Legion, another favourite. 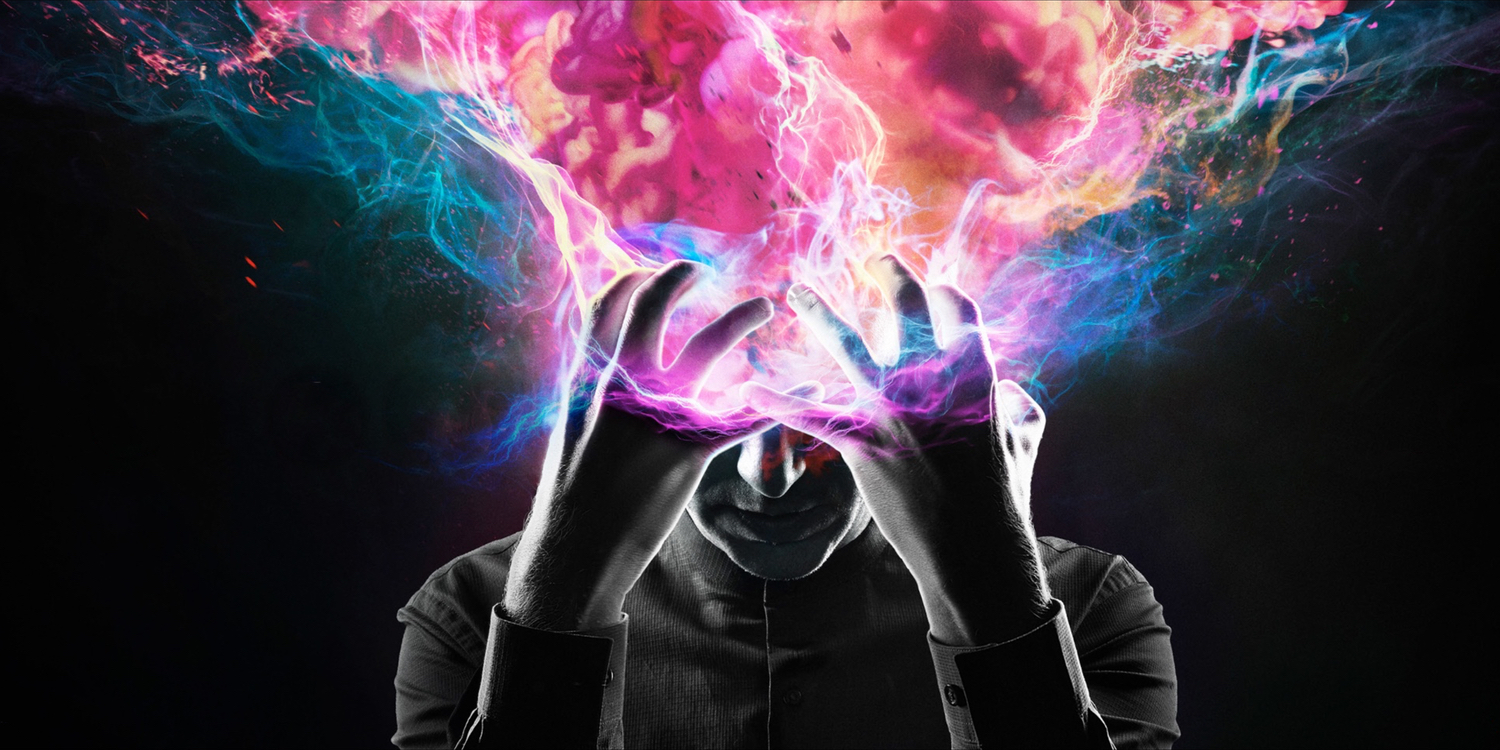 If you love the X-men universe, you'll obviously love this one. A quick google search will tell you exactly who the main character, David, is, but I won't spoil it here. Even if you aren't a fan of the X-men movies, you need to give this show a go. It's definitely unique, weird and at times confusing, but with each episode more unravels and we slowly figure out who the fuck David is and what his abilities are. If you've never heard anything about the show though, basically it's about a man who, for his whole life, was diagnosed and 'treated' for schizophrenia, only, he was never schizophrenic and everything he sees, hears and does is relatively 'real'; he's possibly the most powerful mutant in the world. The show follows him as he discovers who he is, his abilities, and his decent into madness.
The visuals and cinematography are also beautiful, and, as its set in a 60s world, the aesthetic and outfits are amazing. Oh, and Aubrey Plaza is in it incase you need another reason to watch it.

In terms of reading/comics I've been really enjoying Birthright. If you're a fan of the fantasy genre you'll love this one. I have to admit I was slightly disappointed with the lack of female characters, but found myself so attached to Rya one of the main characters. 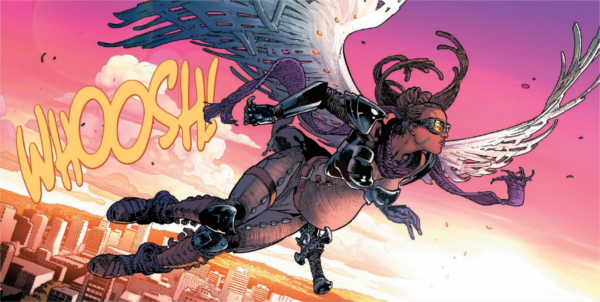 It follows the main protagonist (or antagonist, we don't quite know), Mikey, a kid who was out playing catch with his dad before being transported into a new world, Terrenos, full of mythical creatures and corrupt by war. It isn't long before he returns to his home world, about a year later, only he's a grown man on a mission to hunt down mages who fled to Earth. It's still a fairly new comic, with only 20 issues so far, but I'm loving all the twists and turns as we find out what happened to Mikey in Terronos and why he's possessed with a 'nevermind', an evil kind of spirit that works for the main villain, God King Lore whom he was 'destined' to defeat. All of the characters have their own kind of story, and it's interesting to see how everyone pieces together. Half of you will be rooting for Mikey, and the other half will be, well, pissed off at him and what he's done. Either way, it's easy to become attached to the characters and understand why they're doing what they're doing (when it's explained, that is).

I don't (or shouldn't) need to explain myself for featuring Ashish's Fall Collection, especially if you read my highlights from London Fashion Week. It was a beautiful sequin message to Trump and America, and I fucking loved it. As I mentioned in my highlights, it wasn't the most wearable, or to everyones taste, but the creative way Ashish uses fashion to put out a message is amazing and unique and I am absolutely loving his stuff. 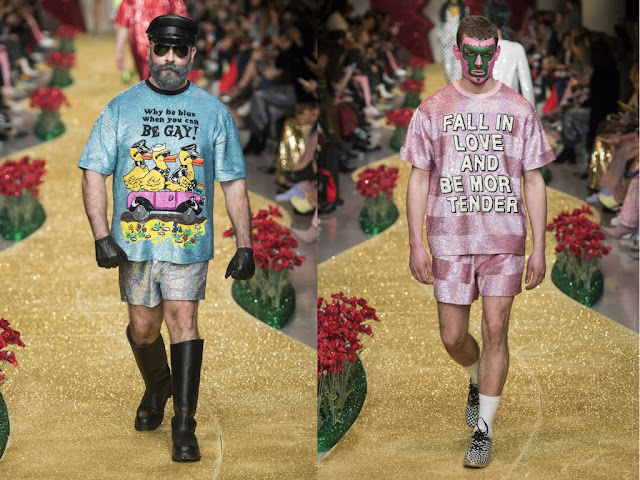 I know I didn't make a post about Milan or Paris fashion week, but I had to mention Maggie Marilyn. She showcased her Fall collection in Paris, and it was absolutely stunning. I was a huge fan of her Spring collection, which, for a newcomer (well, fairly new) was amazing, so I'm super glad she's continuing to put out decent collections. This one featured a lot of ruffles and flares, what I'm assuming could become her signature styles. The colour palette was fairly minimal, with a few pops of reds, pinks, blues and particular shade of green that I fell in love with used on a ruffled skirt and cut out shirt. It also had a bit of a sporty vibe; jumpers, and classic stripes. Again, I'm excited to see what she creates next because she's doing an amazing job. 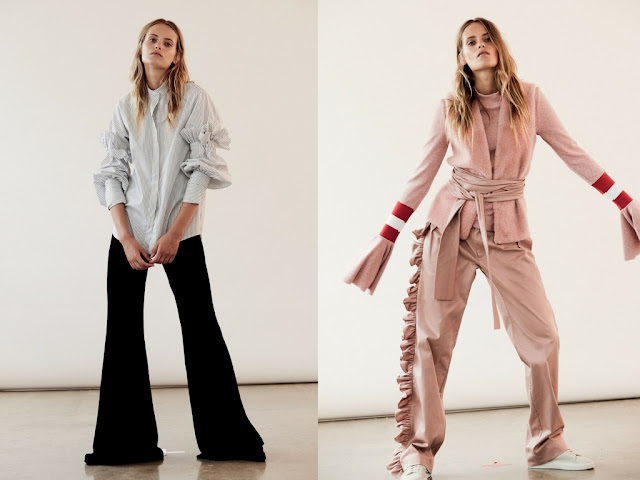 Lastly, I wanted to quickly mention an artist I've been following (and loving) for a while, Kadee/Sadcrouton on instagram. Her pieces are beautiful, unique and interesting and I really love her style. Pretty much all of her drawings are of girls; sad girls, tired girls, girls with acne and girls with nature. I particularly love her simple line drawings (I'm not an artist at all so if I used the wrong term, sorry) but basically anything she produces is amazing, so definitely check her out. 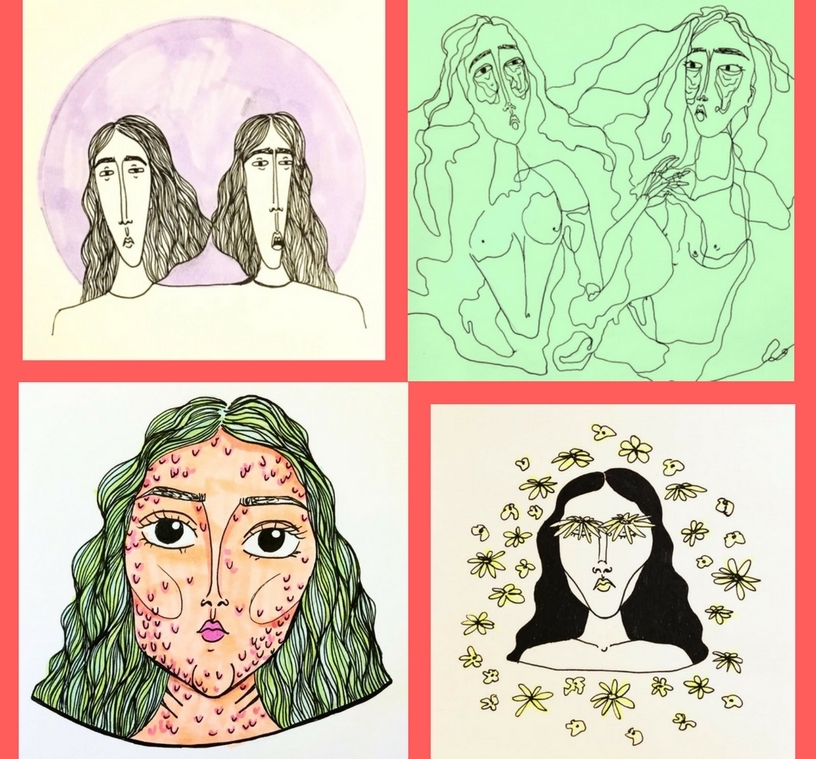