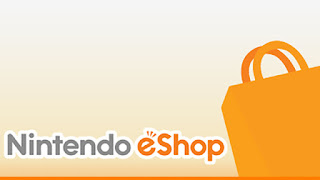 The Nintendo eShop is a cash-based service that features a wide variety of content, including new and classic games, applications and demos. Users can add money to their account balances by using a credit card or purchasing a Nintendo eShop Card at a retail store and entering the code from the card. All funds from one card must be loaded in the Nintendo eShop on either Wii U or the Nintendo 3DS family of systems, but can be used in either Nintendo eShop if the systems are linked to a single Nintendo Network account.


This post first appeared on Addicted Gamer, please read the originial post: here
People also like
How To Buy Games For Your Nintendo Switch
Best Nintendo Switch Headsets In 2022
NBA Jam Game Comparison
13 Most Popular Cartoon Characters With Trendy Mustaches
The Best RPGs for Nintendo Switch
Fortnite Summer Skins Introduce a Chilled Out Midas and Batman Amongst Other Skins to Chapter 2 Season 7