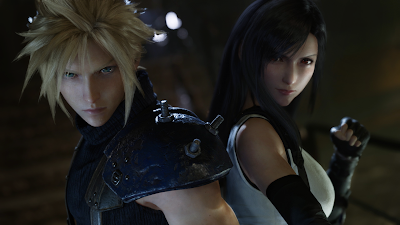 During Square Enix's E3 2019 Press Conference we were given a whole host of new news for the upcoming Final Fantasy VII Remake!

The first game in this project will be set in the eclectic city of Midgar and presents a fully standalone gaming experience that provides a great starting point to the series.  Final Fantasy VII Remake features a hybrid battle system that merges real-time action with strategic, command-based combat.

The “1st Class Edition” includes all Deluxe Edition content, the Carbuncle Summon Materia DLC, as well as a Play Arts Kai Cloud Strife and Hardy Daytona box set (bundled separately), which is available to pre-order in limited quantities from the Square Enix Online Store.
Got something to say? Let us know in the comments below or hit me up on twitter - @TheLibanAli

What is Conversion Tracking? How to S…
What Marathon Running and Successful …
Help For The Inner Journey
Stantinko Botnet Plays Behind the Vei…
Best Story-Rich Games on PC: November…