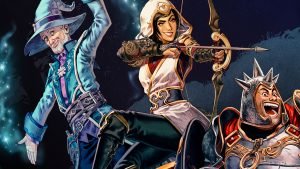 Finland might not be the biggest or most powerful country in Europe, but it certainly punches well above its weight in plenty of categories. From Black Metal bands and unstoppable hockey players to some of the toughest and grittiest soldiers ever produced, the country of 5.5 million people is stocked with raw talent.

Naqua SA ft. Shebeshxt, Phobla On the…
Durham and St Cuthbert – The Cathedra…

They’re also pretty good at designing video games and are probably most well-known for the Trine series of fantasy co-op puzzlers. Lush and vibrant environments provide the backdrop for Amadeus the Wizard, Pontius the Knight, and Zoya the Thief to swing, smash, and crate their way through some clever and often hilarious situations. CGM got a sneak peek at the upcoming third title in the series in a behind-closed-demo at E3, and while Trine 4: The Nightmare Prince looks and feels instantly familiar, the game also brings with it some of the biggest additions to the formula the series has seen so far, featuring a more robust character progression path, brand new abilities, and four-player co-op. 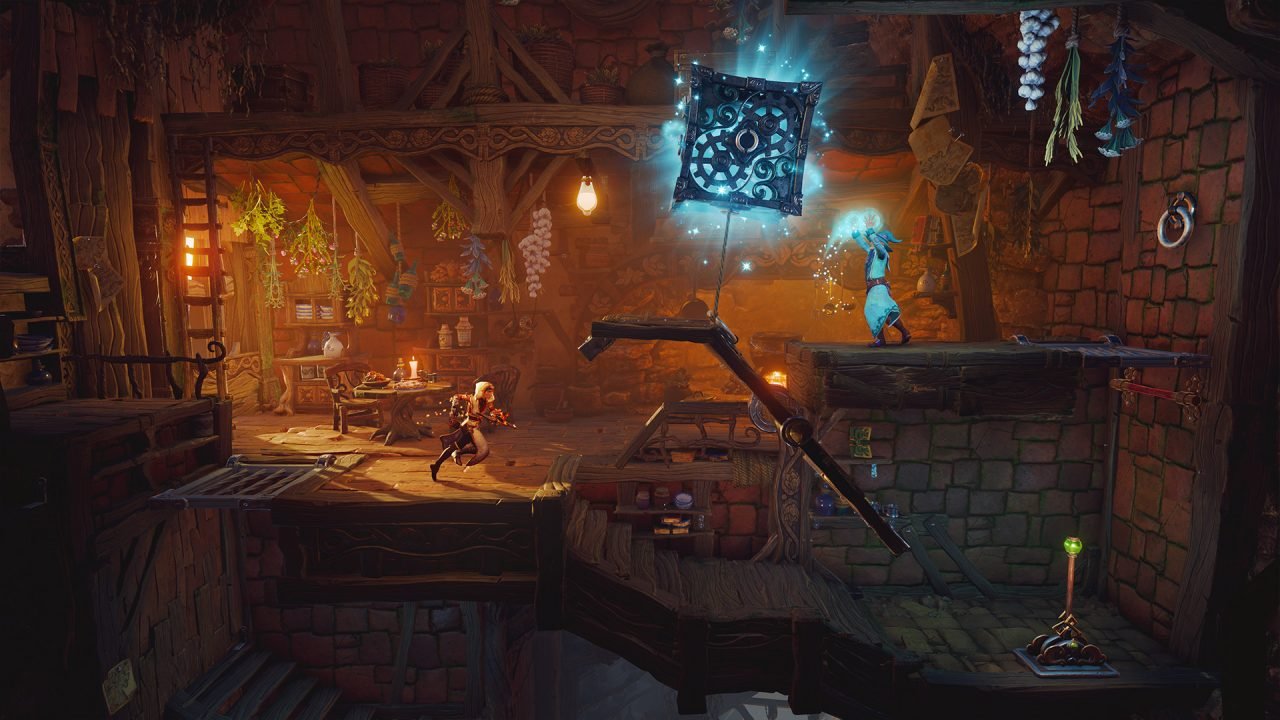 Trine has always been a series about combining the abilities of the three playable characters, from the rough-and-tumble shield wielding Pontius to the crate summoning, telekinetic Amadeus or the swift and mobile rope-swinging Zoya, to solve environmental puzzles. Trine 4 is upping the ante with several new abilities for each hero that are unlocked via a skill-tree. No longer will you collect glowing pyramids merely to hit a certain number count. Experience shards are hidden throughout the levels, and now that they’re actually used for something offers added incentive to go hunting for secrets.

Pontius, the trusty knight, can now angle his shield to re-direct elements like light and water to solve puzzles. In the demo we were shown, Pontius used this ability to re-direct a stream of water onto some small flowers, which then grew into big flowers and allowed Pontius to use them as platforms to reach an area previously too high. Of course, flowers need both water and light to grow, so Pontius can use that shield to re-direct the flow of light (after moving some crates around via Zoya’s awesome ropes) to grow the flower and push some boulders out of the way. Another pretty cool power available in Trine 4 allows Pontius to create an ethereal “dream shield” that will float in the place it was summoned and function as if Pontius was still there himself, allowing him to move and use his real shield in conjunction to create multiple reflection points for water, light, and even enemy projectiles. Pontius also now has an air-dash charge that can—along with every ability in the game—be used for combat as well as puzzle solving. 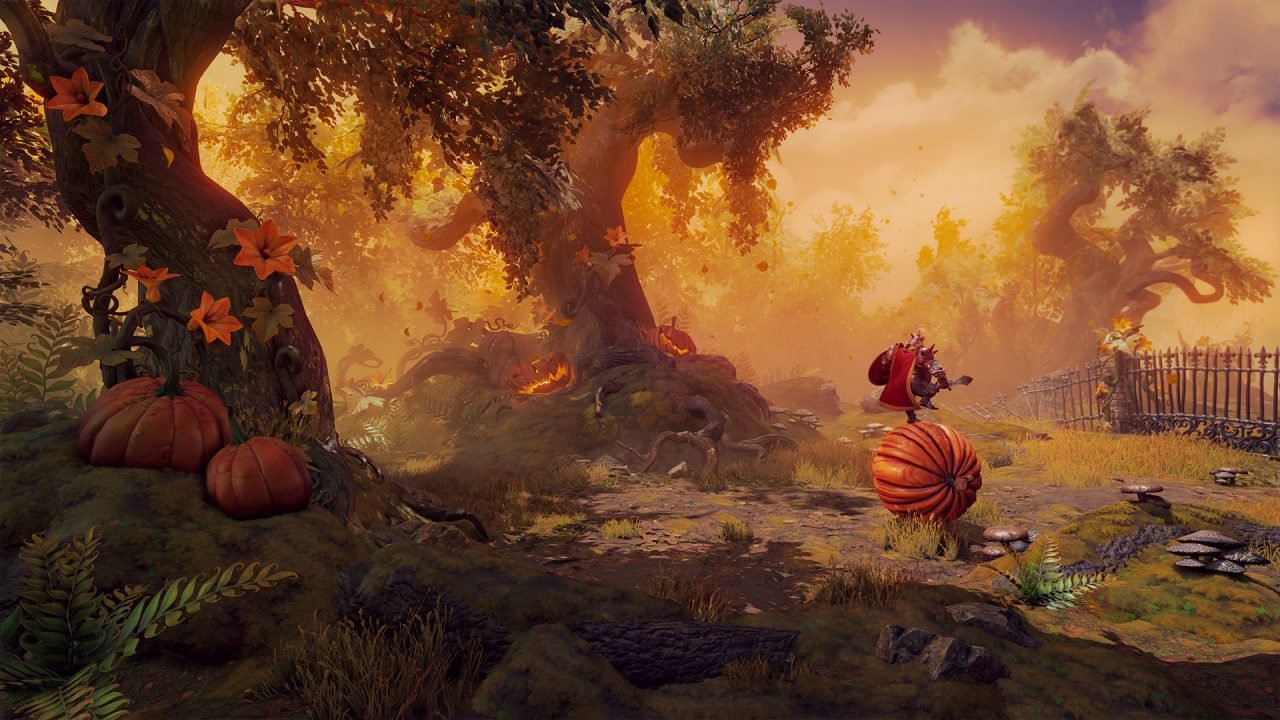 Zoya has some of the coolest new abilities, and as a character whose basic function was “tie two things together”, her new skill tree really opens up a lot of cool abilities for players to experiment with. Her arrows now come in a variety of different elemental abilities which, again, are great in combat but super useful for solving certain puzzles i.e. needing to freeze levers or other moving parts in place in order to traverse a series of obstacles or creating floating ice blocks on liquid surfaces. Her arrows can also now fire rope bridges, which the characters can use as platforms to zig-zag their way up shafts and across canyons. That ability works great in conjunction with another new one called the “fairy rope”, which allows Zoya some form of telekinesis to raise platforms, push objects apart, or even float enemies up into the air for easy sniping.

Amadeus the Wizard has finally learned some new spells. While he isn’t quite at the level of a DnD sorcerer raining down meteor storms on hordes of enemies, he can at long last do more than summon a box. He can now summon multiple boxes (when unlocked via the skill tree), flat platforms that can be posed at any angle, and an iron ball. During the demo, the multiple box ability came in really handy when the characters needed to make their way across several vertical air chutes, and summoning three crates allowed the characters to use these air flows as platforms to traverse to the next area. The platform summoning ability seems pretty basic at first, but thanks to the Amadeus’ telekinesis, they can be flipped and twisted in order to re-direct water, air, enemy projectiles, and also function as ramps for Amadeus other new ability: the iron sphere. The iron sphere serves a similar function to the crate, but thanks to the physics of balls vs. boxes will roll depending on the surface, which can come in handy for some of those hard to reach places. Attach ball to platform, ball rolls down the hill, platform is raised. Finally, Amadeus can now slam his boxes and balls horizontally, making for slightly easier combat and giving the wizard more playability in enemy encounters. 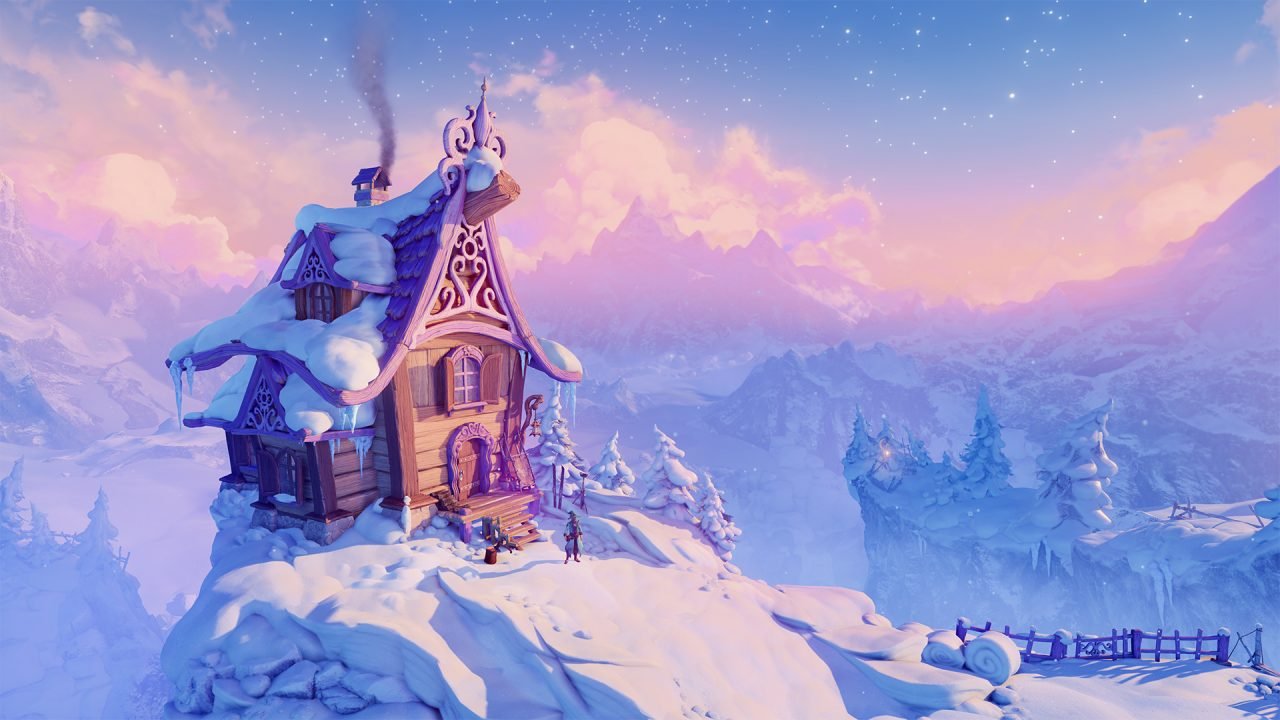 There is plenty of new content and a ton of innovations on the classic Trine formula coming our way this Fall. New abilities galore and a skill tree with RPG elements are really opening things up for the series. Providing a system for character progression offers players a real incentive to explore and experiment with all the new power combinations. What is returning are the incredibly lush and gorgeous visuals, charming and adorable NPCs (like the Hedgehog we helped out during the demo and the Bear that lost his Blueberries) and environments inspired by Finland’s beautiful and unique eco-system. Players who felt that Trine 3 was a bit of a misstep for the series can rest easy, Trine 4: The Nightmare Prince appears to be going back to what works while adding a bevy of new tools for players to experiment with. The game launches this Fall on all major platforms—including the Nintendo Switch, which Trine is basically built for.