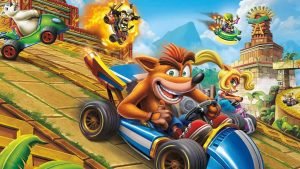 The original PlayStation meant a lot to me growing up. It was the first console I ever owned and in the handful of games my parents picked up for me, one of the titles I loved to play the most was Crash Team Racing, Naughty Dog’s fourth entry into the Crash Bandicoot franchise and their first-ever kart racer. Sporting amazing graphics for its time and a high skill ceiling of techniques to learn, it’s been a delight to revisit this classic with a new coat of paint. Developed from the ground up by Canadian developer, Beenox, Crash Team Racing Nitro-Fueled is a fantastic modern remake at launch that will only get better with age as it continues to add new content. 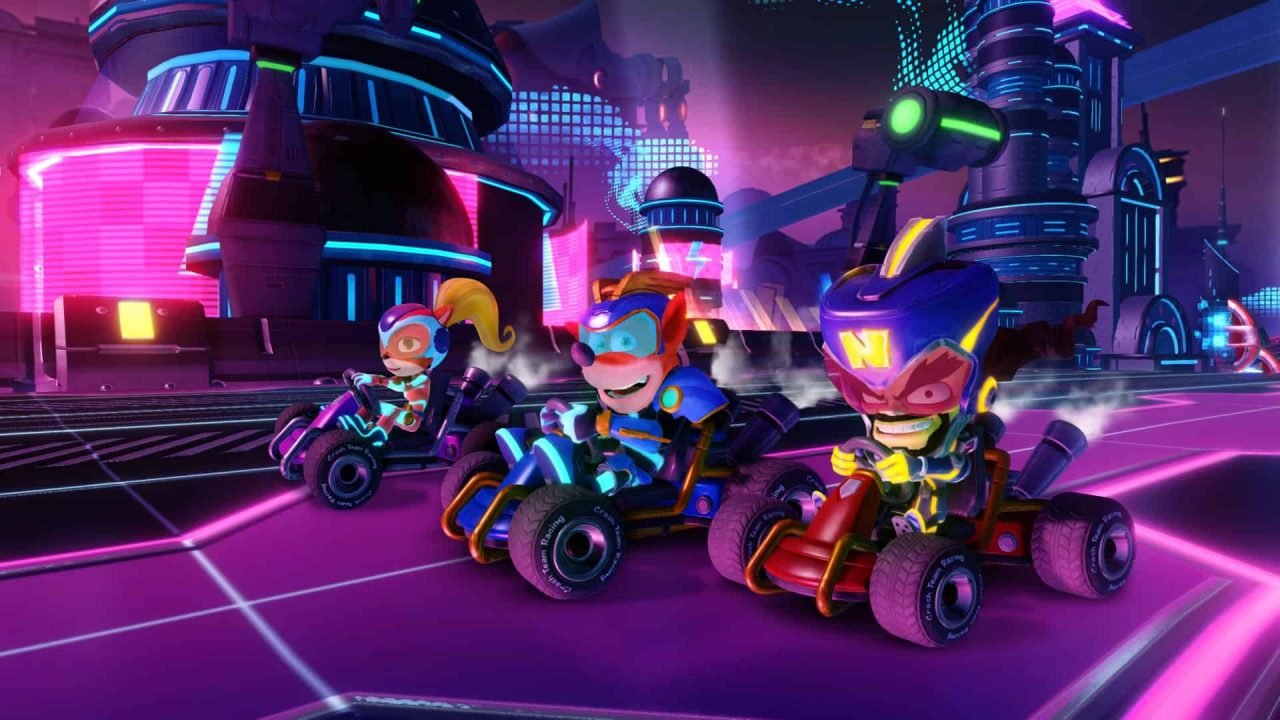 Two decades after its original release and it shocks me how well Crash Team Racing’s controls and mechanics have aged. From the sense of speed to the precision of handling your kart through a hairpin turn, Beenox has replicated the addictive game feel of CTR with the utmost attention to detail. The game remains friendly enough that anyone can pick up a controller and enjoy racing, but what made this kart racer special for its time was its higher skill ceiling. The core of CTR’s gameplay is focused around the powerslide mechanic, which is when a player executes a drift and chains up to three speed boosts with properly timed inputs. The real challenge comes from learning the layout of the 31 available tracks at launch and mastering when to drift to gain the most speed.

With the bones of the original game intact, let’s shift focus to what’s been improved and added to Crash Team Racing Nitro-Fueled. The first major improvement is without a doubt the graphical fidelity across the wide variety of tracks and a rich roster of racers. It’s not just about enhancing the game with new textures or better lighting, it’s how Beenox has managed to inject so much more personality into these two core components by adding in new animations and background detail that gives the game an added sense of life. Even if you’re pent up with frustration, like I have while playing with friends after being dropped to last place from getting hit with multiple missiles, or running into a perfectly placed nitro crate, at least you can take in some of the beautiful scenery as you attempt to catch up. 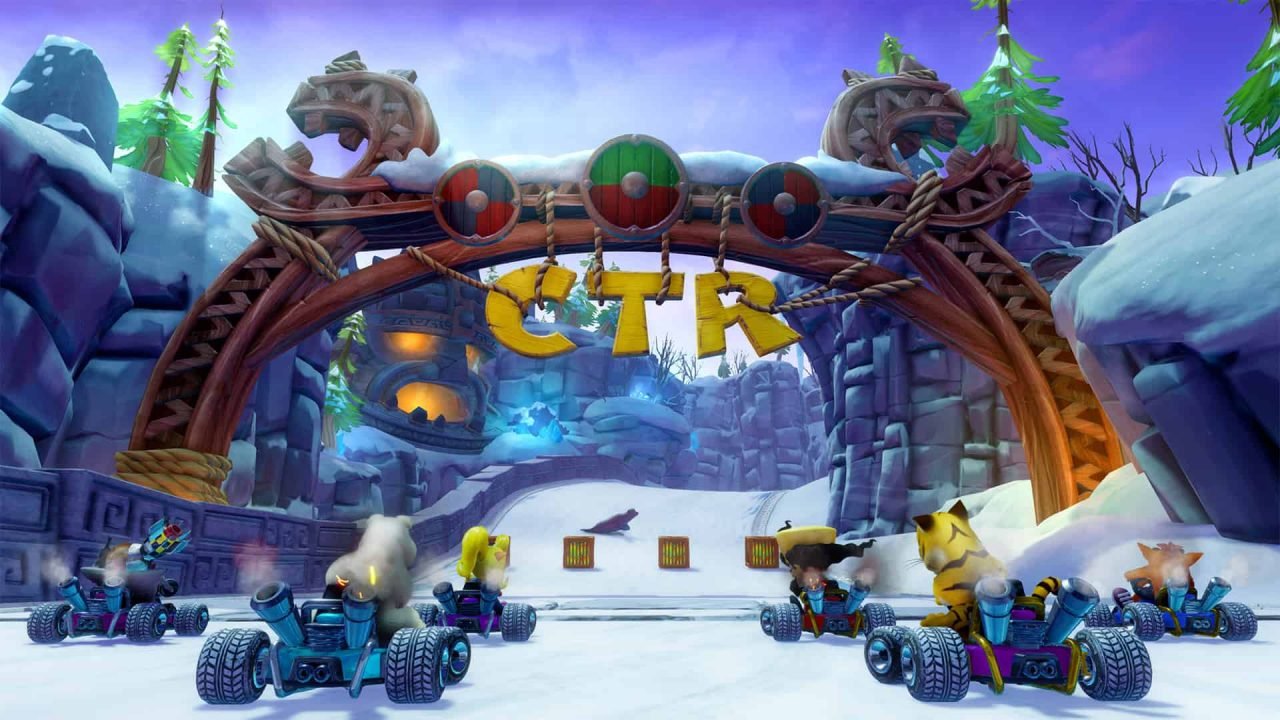 Crash Team Racing Nitro Fueled has also remixed Adventure mode slightly. Originally you could only pick one character to race with throughout the journey, but now players can freely switch between whichever racer they have unlocked, including the bosses. Instead of just obtaining trophies and relics as rewards, new karts, costumes and cosmetics have been added in as well for players to add their personal touch to their favourite characters while they’re racing off or online. I also enjoy the difficulty of Adventure mode. Even at medium difficulty, players can expect a fair bit of challenge from the game’s AI. They love to abuse items, know when to powerslide and none of the races I’ve experienced thus far have felt like a breeze to win, which keeps me engaged in the race at all times.

While it’s been nostalgic to run through Adventure mode and experience the Crash Nitro Kart tracks again in Arcade mode, with the stronger mechanics of the original, the addition of online racing is what has truly elevated Crash Team Racing Nitro-Fueled to the next level. Players can race with up to eight people in a single lobby and race or battle to their heart’s content. Despite a few immediate concerns at launch, the netplay has solidified considerably after a recent patch from Beenox. With the new patch in place, racing online feels much smoother and players should no longer be teleporting or phasing throughout the tracks as they run through their laps. 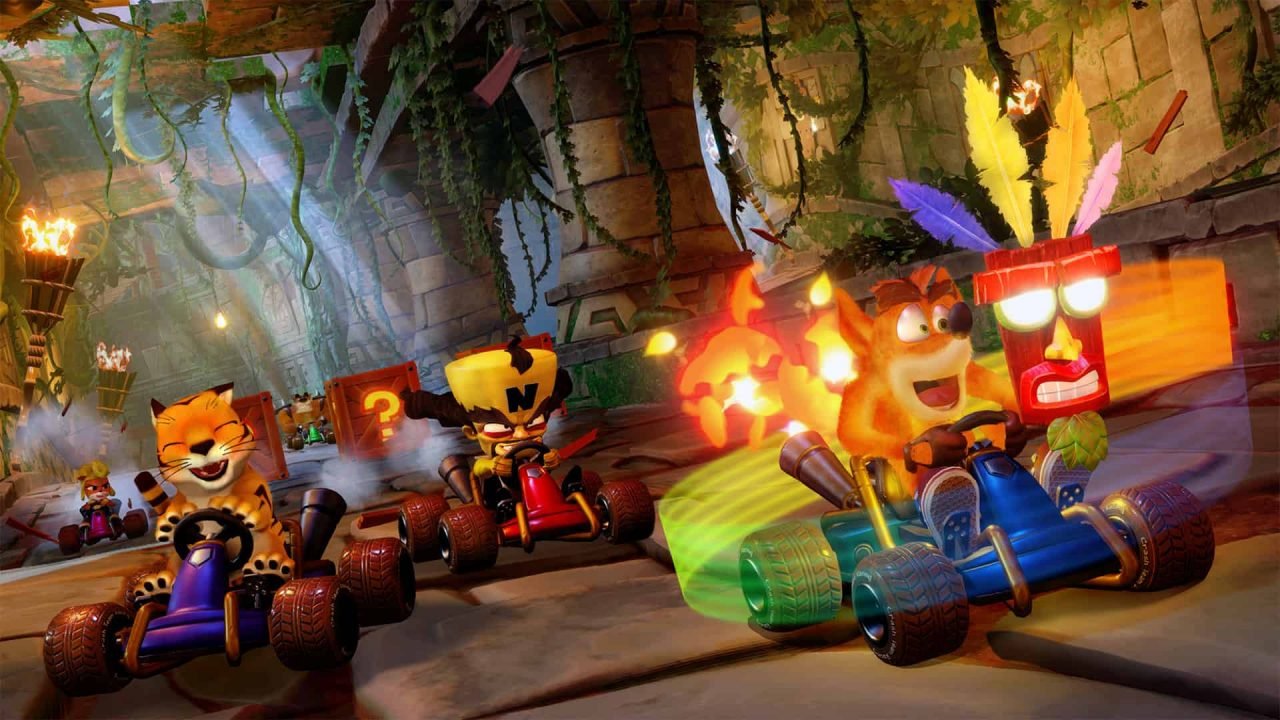 Depending on your placement at the end of each race, players will be rewarded with wumpa coins that they can cash in for new characters and cosmetics at the online pit stop. While I enjoy purchasing new karts and paints to customize my racer I wish the pit stop didn’t operate like a tedious timed marketplace, rotating through different sets of cosmetics every couple of hours. I would have preferred an open marketplace where I can just pick and choose the unlockables I want with my earned currency.

While at launch Crash Team Racing Nitro-Fueled is strictly a proper remake of classic CTR and CNK tracks, Beenox intends to supplement the game further with original content in the form of seasonal Grand Prix’s. These will introduce new tracks and characters to the game for free, as well as other themed unlockables. The first event, Nitro Tour Grand Prix, will begin shortly on July 3 and two more Grand Prix’s are already confirmed in the works, including one featuring Spyro the Dragon. I’m excited to see the quality of the upcoming new content added and I hope Crash Team Racing Nitro-Fueled can develop a strong community so the game can be further supported. 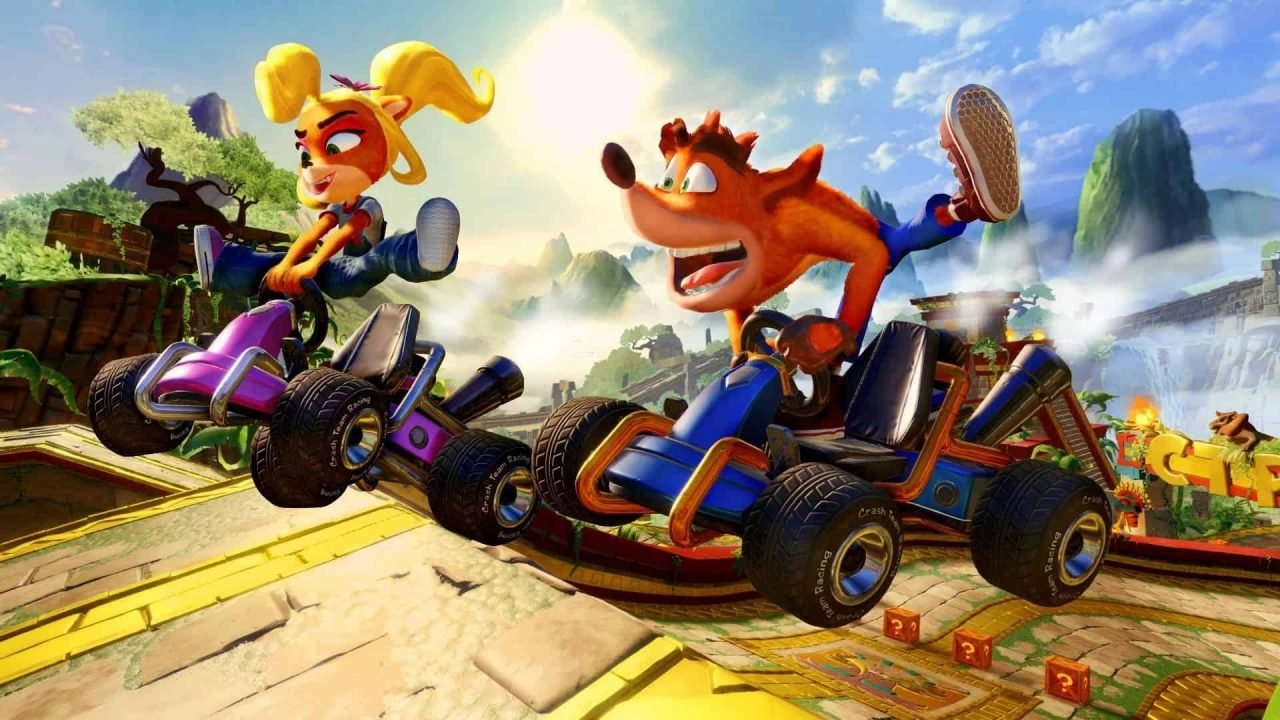 While kart racers normally embrace a casual audience, Crash Team Racing Nitro-Fueled breaks those expectations, delivering a much-needed jolt of speed and a high skill ceiling to reinvigorate my love for the genre. The tracks can be punishing and the items may infuriate you, but once you take the time to slowly master the mechanics, winning a race in Crash Team Racing Nitro-Fueled feels way more rewarding than winning in any other kart racer currently on the market.

This post first appeared on CGMagazine, please read the originial post: here
People also like
I-81 in Pennsylvania remains closed after pileup that left at least 3 dead, 20 injured: What we know
Best Vitamins for Memory and Focus in 2022
Get The Inside Scoop On How To Build A Successful Startup
Seven Reasons Why Fast Hosting Servers Are the Way to Go
Most popular jewellery this Christmas - 2020 edition
Natural DHT Blockers That Actually Eliminate Hair Loss
Featuring the New Release - Not a Fling by Stella Eromonsere-Ajanaku, International Best Selling Author
Chicken Bacon Ranch Flatbread
Giant Piece of Space Junk Expected to Crash into Earth this Weekend