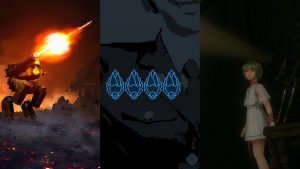 BitSummit: 7 Spirits brought a stunning array of indie games to Kyoto, Japan, showcasing experiences where players could devastate whole cities with giant robots, solve puzzles in lethal escape rooms while lashed to a wheelchair or help dogs hurl their owners through buildings. It was a celebration of the variety of humour, heart, and exciting experiences being created by indie developers, and here is but a taste of the neat things they had to offer.

Play Dog Play Tag has four overenergetic pups battling to see who can pick up the most bones in a dense city. However, you’re dragging your hapless owner around as you race around the map trying to pick up treats. Being pulled through the streets probably hurts enough, but if you hold the button and charge your owner up, you can throw them forward with enough force to knock down the buildings and shops around you.

The result is a chaotic race to grab bones and launch your owner at the other dogs, knocking bones free so you can steal them as buildings explode around you. You can also get more bones by hurling your owner at a burglar, as well as snatch power-ups by touching various people walking around. Turn the ground to ice. Fling some fireballs around. Most of all, though, make sure those owners are flying far and fast at those other dogs. It’s utterly wild and completely ridiculous and had its players roaring with laughter. 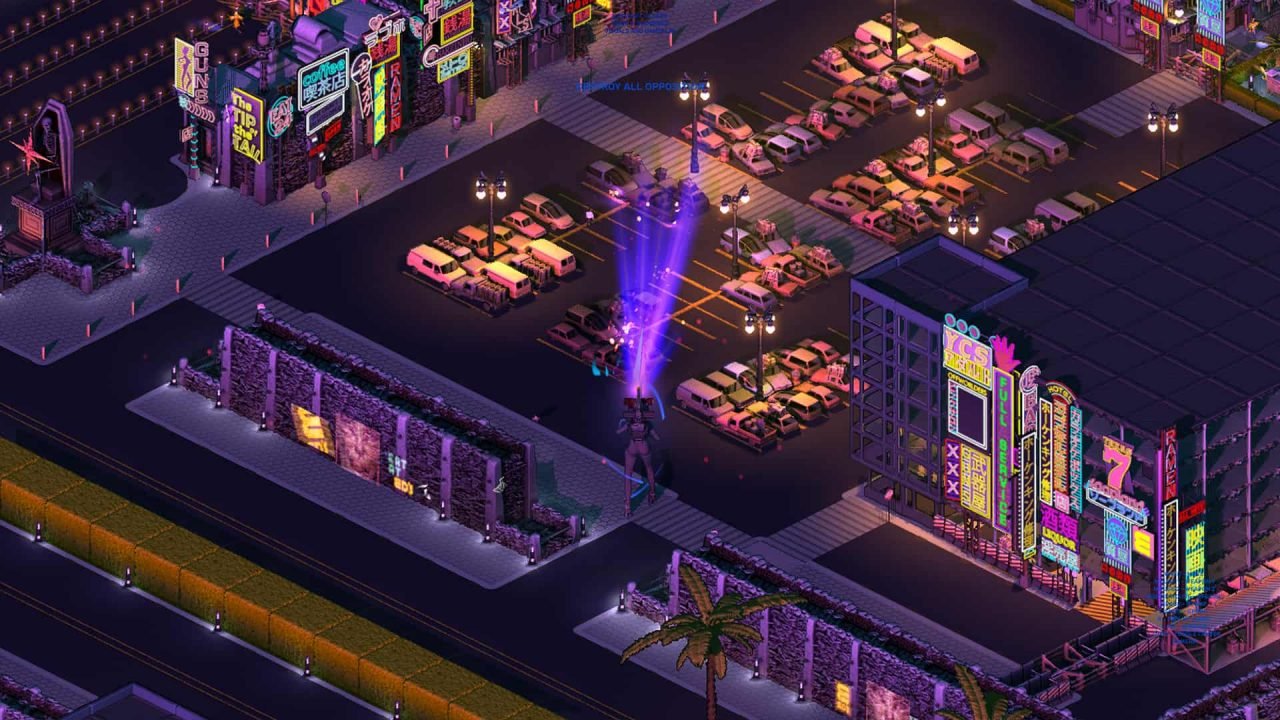 This isometric action sequel to Brigadoor will have you piloting huge mechs through unfortunate cities, taking out traitors hiding deep within enemy cities. The viewpoint, which may give you shivers of nostalgia if you played 90’s computer games like Crusader: No Remorse, offers a great view of the mayhem you’ll be spreading as you carelessly destroy everything that gets between your explosive weaponry and your mechanical targets.

In the BitSummit build, I piloted a mech that was essentially a wrecking ball with machine guns, rolling tons of steel through buildings and over fleeing people as I hunted down the traitors I sought. You find yourself tearing through the city makes you feel like a giant monster in a Godzilla movie, only with mechs. You can try to be careful of your aim with your varied weapons, using the mouse to control the direction and depth of your shots, but let’s be honest: you’re a giant wrecking ball. You’re going to blast the city and your foes apart, fighting in a sea of fire and shattered concrete.

It offered solid, challenging action against the other machines, and a delightful desire to let you spread destruction. 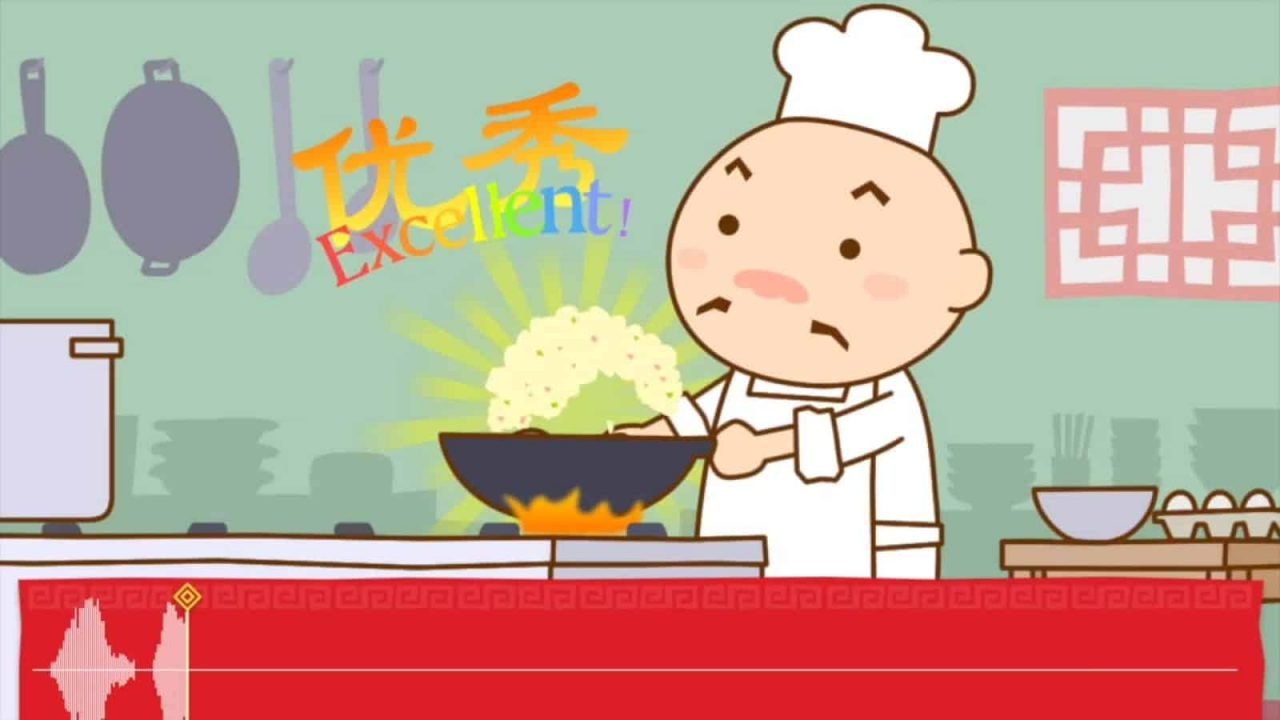 Onkou Cha-han was something like a rhythm/sound game where you had to make fried rice in your wok. To do it, though, you would squish a plastic bag to make just the right crunching sound into a microphone. If you could get that crinkling to mimic the right kind of sizzling sound with the proper timing, you’d flick your rice around the wok perfectly. It was a lot trickier than it seemed, but it was a lot of silly fun to play a game using a plastic bag and a bit of sound.

Near it was a game where you wore a huge set of wings that you used to fly through a city. The alternate controller stuff was a blast (although the wings did leave you quite tired in a hurry). 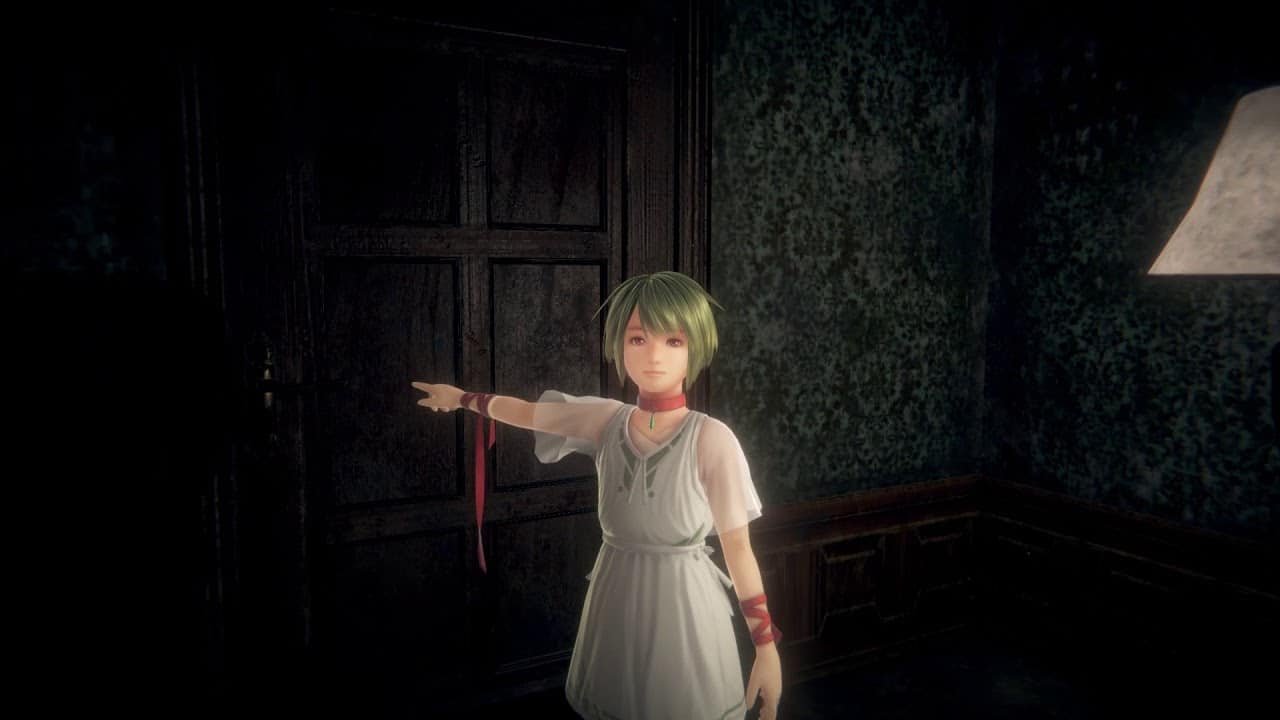 Last Labyrinth was a VR title that would find players strapped to a wheelchair, their limbs bound to the armrest. The only way you could communicate was through pointing your head and turning on a laser pointer to indicate what you want your ally, a young girl, to try to manipulate. By working together, you could figure out the puzzles in the room and get yourselves out.

The only trouble is that the gloomy house is filled with traps, and these dangerous mechanisms are often activated in ways you won’t expect. Solve a puzzle poorly, and you’ll find yourself staring down a pillar of saw blades that aim to carve you up. Experiencing this kind of death in VR can be quite unsettling, as will the many, many other ways you’ll meet your doom, according to the developer. Fans of twisted puzzles, and of seeing how many ways you can die in VR, will find a lot to enjoy, or fear, from Last Labyrinth. 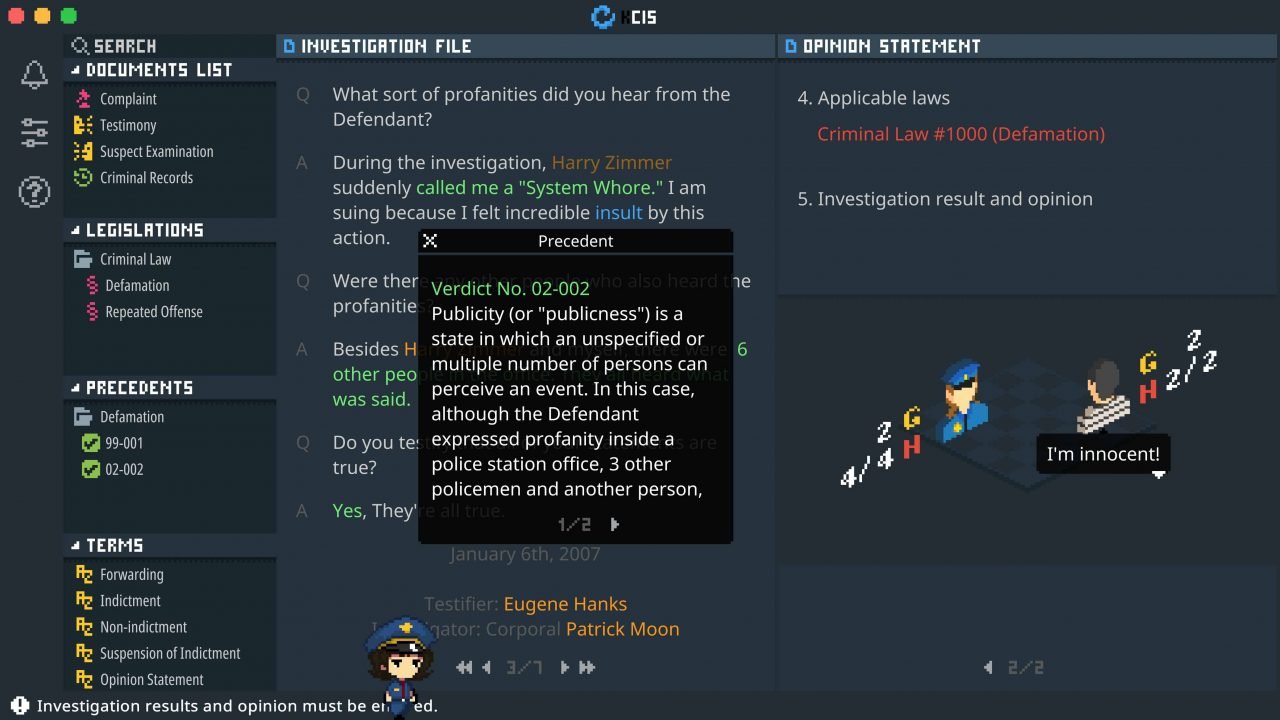 Legal Dungeon has the player creating police reports for a variety of crimes that have been committed. Unlike most games that focus on law, you’ll only be suggesting what the courts should be prosecuting for, but doing so through looking up legal precedents related to the crime. As you do, you’ll steadily fill up the information in your report, drawing from testimonies and legal definitions as you build your case.

Paperwork may not sound riveting, but what Legal Dungeon does differently is it encourages you to really examine crime and the law, seeing how you can make legal precedents stick to your suspect. Part of the game is examining how this sort of thinking can be abused as well, allowing players to see how the law can be tweaked to get arrests when you might not be totally sure your suspect is guilty. Given that the game as made by an actual Korean police officer as a look at the flaws in their own police system (and that the paperwork looks pretty similar to real police paperwork), it promises a riveting look at law and its potential for sinister applications.